The History of Tulips

To many minds, the tulip and the windmill are virtually synonymous with the Netherlands.

Most historians would agree that the windmill in Europe made its first appearance in the Low Countries, sometime before the twelfth century. But you may be surprised to learn that the tulip is not a native of Holland, and was totally unknown in that country until the sixteenth century.

The colorful, cup-shaped flower, long popular among gardeners, is actually a native of the western Mediterranean and the steppes of Central Asia, and some species can be found growing wild in northern Africa, southern Europe, and in Japan. The empire of the Ottoman Turks once included much of the tulip’s natural habitat, and it was through Turkey that most tulips reached Western Europe and the Netherlands. 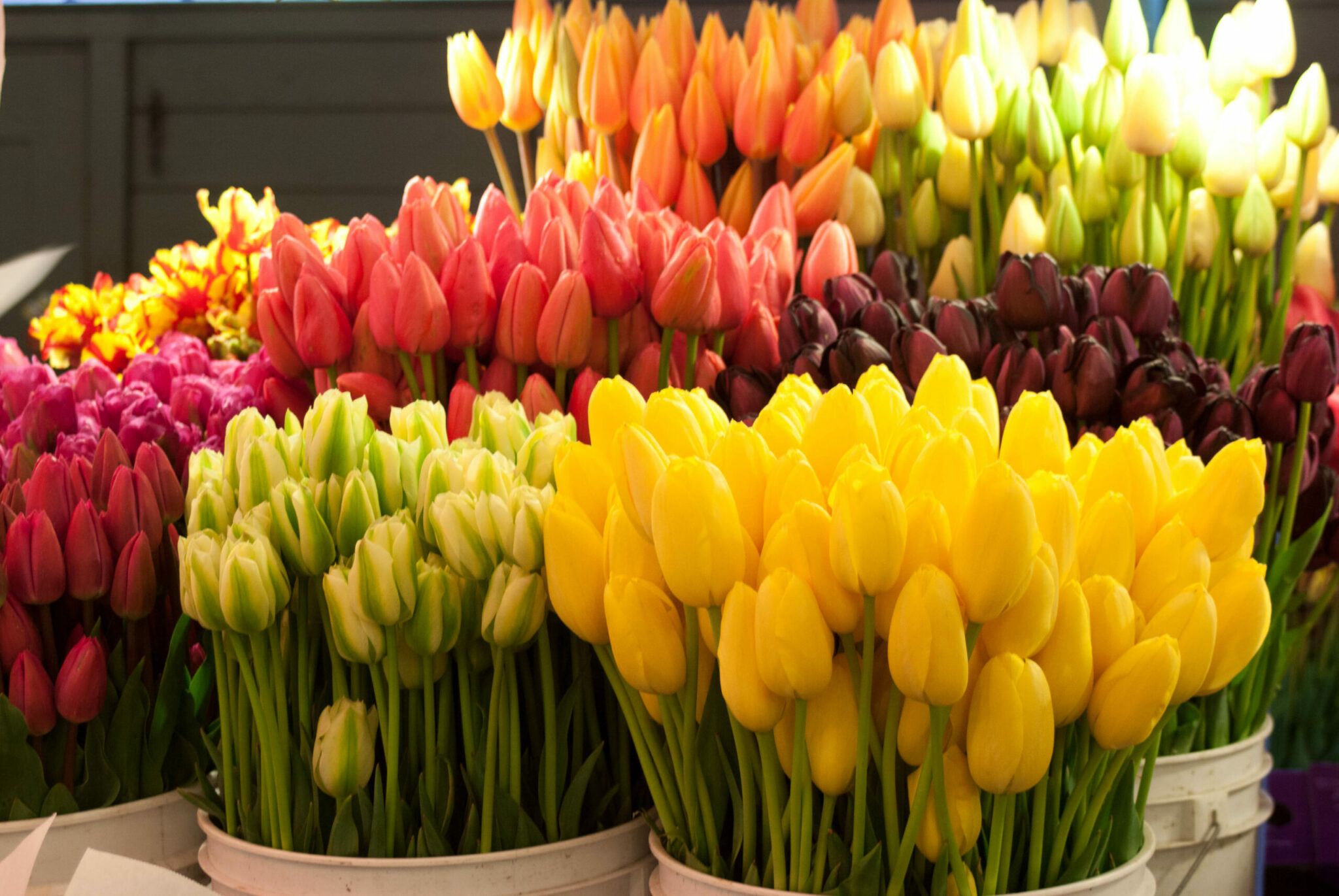 The Turks prized the tulip, and were cultivating that flower on a large scale by the mid-sixteenth century when the Austrian ambassador to the Turkish Empire brought some tulip bulbs from Constantinople to his garden in Vienna. From Austria, the flower found its way to the Low Countries. In 1562, the first large shipment of Turkish tulips reached Antwerp, then part of the Dutch nation.

The tulip quickly became a favorite among European gardeners, and the Netherlands soon took the lead in producing prized specimens.

In the 1630’s, a rage of tulip speculation, called tulipomania, gripped much of Holland, and farmers rich and poor began speculating in the tulip trade. Single bulbs of prized varieties sold for as much as $1,000, one particular bulb for $4,000, a small fortune at the time.

Alas, the tulip rage tapered off within a few years, leaving thousands of Dutchmen penniless. The economic scars of the tulipomania were felt in Holland for decades.

Still, the Dutch continued to raise their favorite flower. Today, the Netherlands remains the chief source of tulip bulbs for much of the world, with millions cultivated each year. The total value of Dutch horticulture approaches a quarter-billion dollars annually!

Tulips are also grown on a large scale in Belgium, the Channel Islands, and in parts of England, Ireland, and the United States.

The Turks, meanwhile, endured a period of tulipomania all their own. During the twelve years between the defeat of the Empire by Austria and Venice in 1718 and the revolution of 1730, the cultivation of tulip gardens became a craze in Constantinople.

The origins of most modern tulip varieties are untraceable, due to frequent hybridization and the plant’s peculiar power of variation. Tulips grown from a single parent flower can change so greatly over the course of two or three generations that the relationship between the later specimens and their parents can be scarcely recognizable. It is this property, and not hybridization, that produces the prized variegated tulip.

New tulip varieties are raised from seeds. They produce flowers after about seven years of meticulous cultivation. At that stage, all tulips have but one color throughout. After the poorer specimens are weeded out, the good plants are saved as “breeder” tulips. A breeder tulip and its offspring may then grow for years without producing anything, but flowers of the same hue.

Most tulips are raised from the shoots of a parent plant, not from seed. A shoot will begin producing flowers of its own in about three years. Most bulbs require a period of darkness and a thorough winter chill to bloom in spring; thus, many commercially grown tulips are produced in darkened bulb cellars. If you plant tulips in your garden, you can expect most species to bear blossoms for several seasons.

Among the many thousands of tulip varieties, we might mention the colorfully named Rising Sun, White Hawk, Couleur de Cardinal, Pride of Haarlem, and Prince of Austria.

But the tulip tree is not related to the tulip. It owes its name to its tulip-like green-yellow flowers. This tree is also known as the canary whitewood in England and the yellow poplar in the United States. Tulipwood, a white or yellow wood prized by cabinet makers, is, as you might expect, not a product of the tulip, but rather of the tulip tree.

Tulips have been the subject of at least two popular songs: Tiptoe Through the Tulips, and When I Wore a Tulip, and You Wore a Big Red Rose.

The word tulip has a rather odd origin. When the tulip was introduced to Europe, many gardeners saw a resemblance between the flower’s shape and Turkish headwear, and they dubbed the flower “tulipan”, from “tuilbend”, a Turkish word for “turban”. From “tulipan” came the French word “tulipe” and the English word tulip. There is, as you can see, only a whimsical connection between tulips and two lips.