Most would say General George Patton was eccentric, maybe worse.

For starters, he had a long-term affair with his niece, who called him “Uncle Georgie.” It’s said he once urinated in a foxhole of another division commander during WWI, simply to show his disdain for what he called “passive defense.”

He was bloodthirsty and loved war for war’s sake. While on the way into Germany, he was constantly taking his troops down the most dangerous routes. On one particular occasion, as the sky was lit with gunfire and bomb blasts, he threw his hands in the air and proclaimed to his troops: 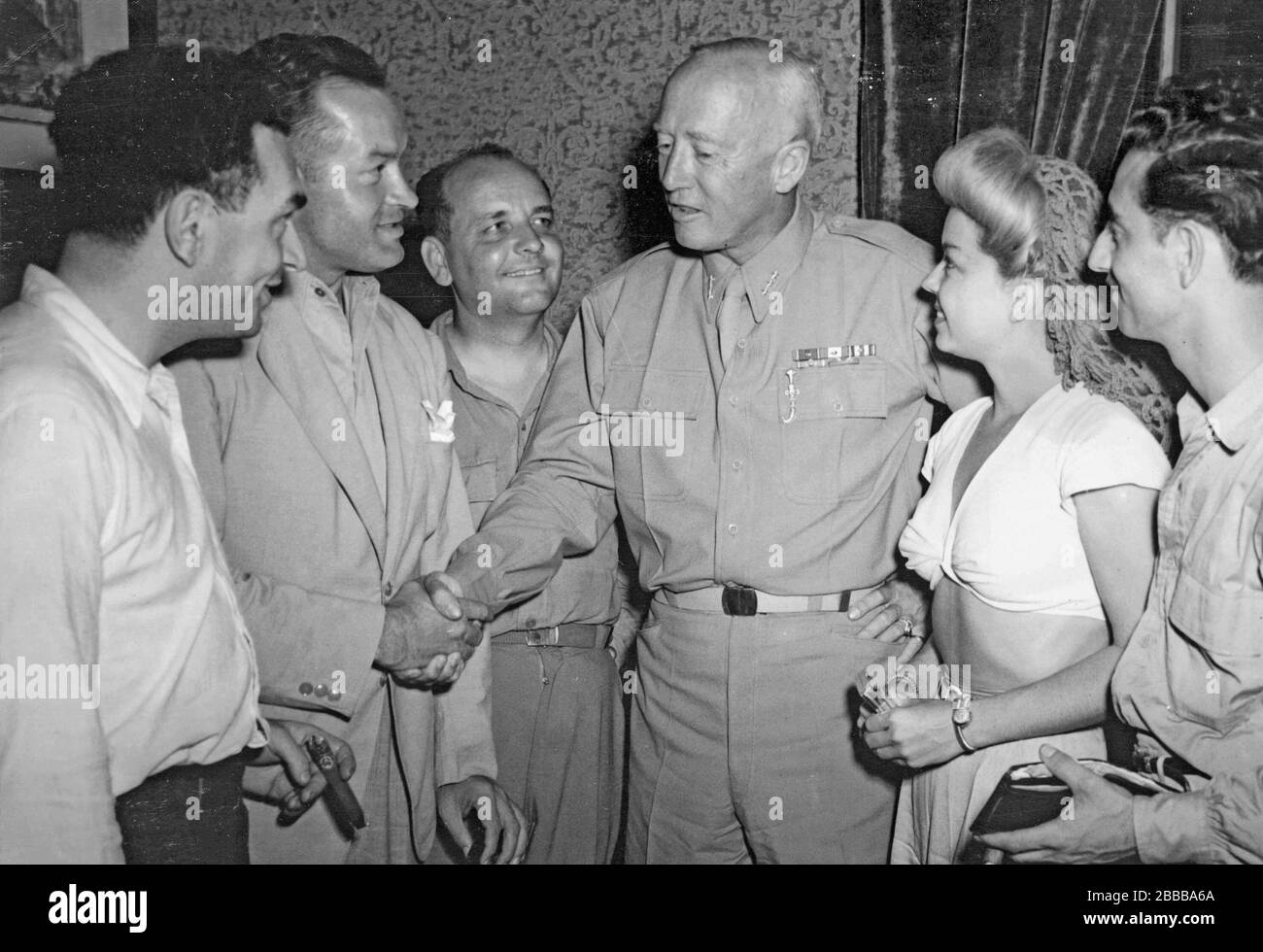 “Could anything be more magnificent? Compared to war, all other forms of life shrink to insignificance. God, how I love it!”

Patton also claimed to have a strong sense of déjà vu on many occasions, believing it to be a sign that he was reincarnated. He was certain that in his past incarnations, he had served as an infantryman under Napoleon, a prehistoric warrior, a Greek foot soldier fighting the Persians, a legionnaire with Julius Caesar in Gaul, and an English knight in the Hundred Years’ War.

He was disciplined for slapping two soldiers for being cowards who were being treated in army hospitals during the war.

Patton’s unpredictability gave him an advantage over his enemies, making him invaluable to the allies during World War II. Even though Eisenhower refused to give the general free reign because he couldn’t be trusted, he couldn’t bring himself to let Patton go.

For much of the war, Eisenhower had Patton stationed all over Europe, pretty much as a decoy, armed with inflatable trucks, a phantom army, and ships. Patton and his rubber troops were moved in darkness from one spot to another to make it look as though the D-Day attack would happen in Southern Norway.

When the D-Day invasion finally did take place, the Germans were so convinced the event wouldn’t happen without Patton and his troops that they held back military defenses, waiting for the “real” attack.

France was stormed, and the rest is history.