What Are Isaac Newton’s Three Laws of Motion and When Did Newton Publish Principia Mathematica?

It took him three years to write down his vast store of knowledge, but the book was immediately recognized at the time as the most important scientific work ever written.

It was also the beginning of the science of mechanics, the study of how forces act on matter. 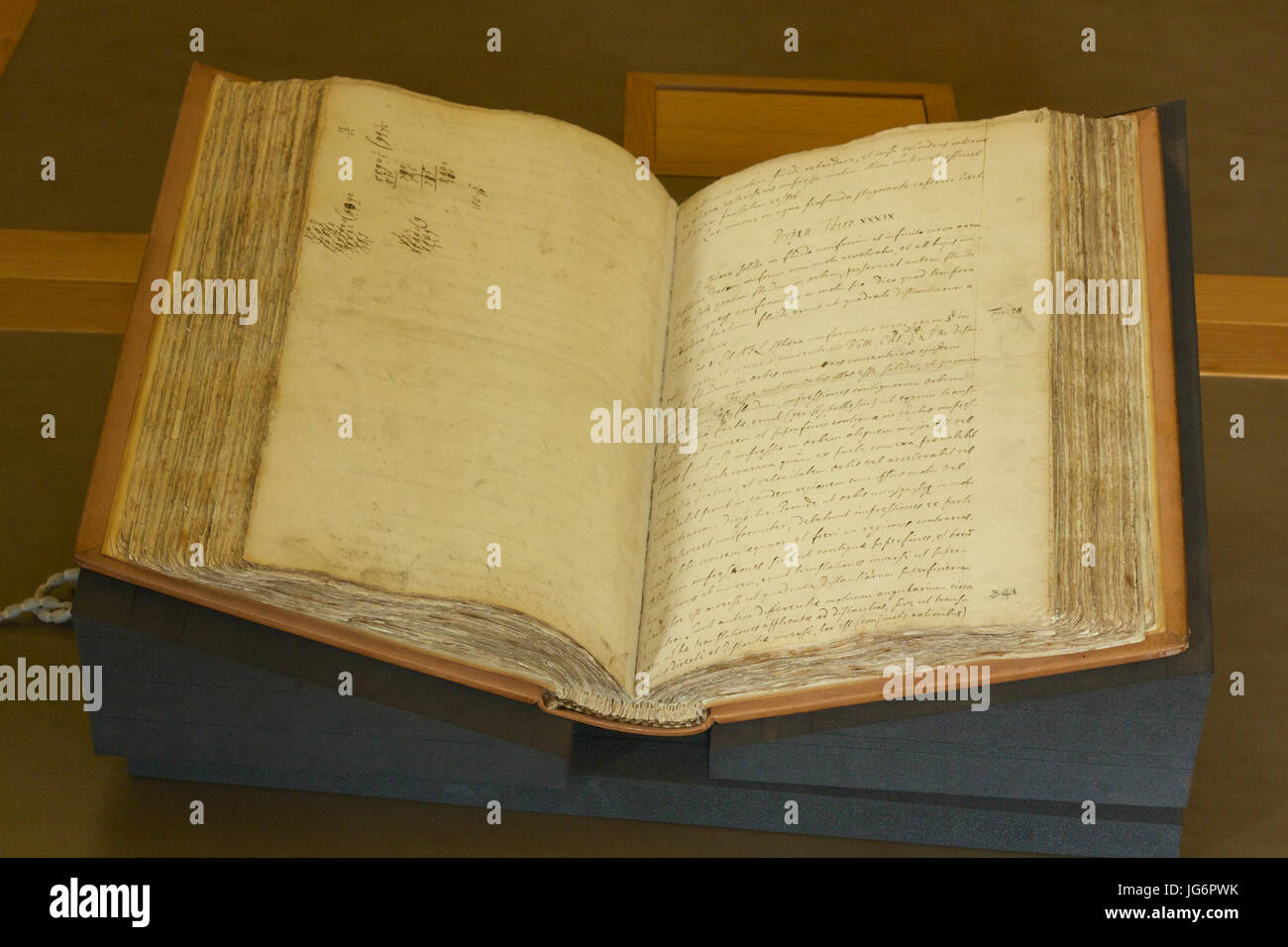 The Principia includes Newton’s three laws of motion, the foundation of mechanics.

The first law introduces the concept of inertia: an object at rest will remain at rest and an object in motion will remain in motion at a constant speed unless influenced by an outside force. For example, friction will slow down objects in motion on Earth, and Earth would spin out of orbit without the Sun’s gravity pulling it back.

The second law states that an object will move in the direction of an outside force applied to it and its motion is proportional to the amount of force applied. For example, if you throw a ball easily, it may travel 20 feet forward; if you throw it hard, it may travel 100 feet forward. Even as late as 1687, no one had stated this law of motion before.

The third law states that for every action, there is an opposite and equal reaction. For example, a rocket will lift off the ground after the ignition of its engine propels hot gases downward.

Putting together all the information contained in the Principia exhausted Newton so much that he suffered a nervous breakdown and needed two years to recuperate.