Who Discovered the Three Laws of Motion which are the foundation of physics and engineering and When?

Newton’s three laws of motion form the very the foundation of physics and engineering. They are the underlying theorems that our physical sciences are built upon, just as Euclid’s basic theorems form the foundation of our modern geometry. For the creation of these laws, combined with his discovery of gravity and his creation of calculus, Newton is considered the preeminent scientific intellect of the last millennium.

Ever since Johannes Kepler’s 1609 discovery that planets travel in elliptical (not circular) orbits around the sun, scientists had been frantically trying to mathematically explain these orbits. Robert Hooke and John Halley both tried. But neither could make the mathematics work.

Born in 1642 in Lincolnshire, England, 60 miles from Cambridge, Isaac Newton was a difficult child. His father died three months before Isaac’s birth. Isaac never liked his stepfather and was left to be raised by his grandparents. But Newton felt no affection toward anyone, not his mother, not his grandparents, nor even his half-brother and sister. He often threatened to hit them and to burn down the house. He was a discipline problem in school. 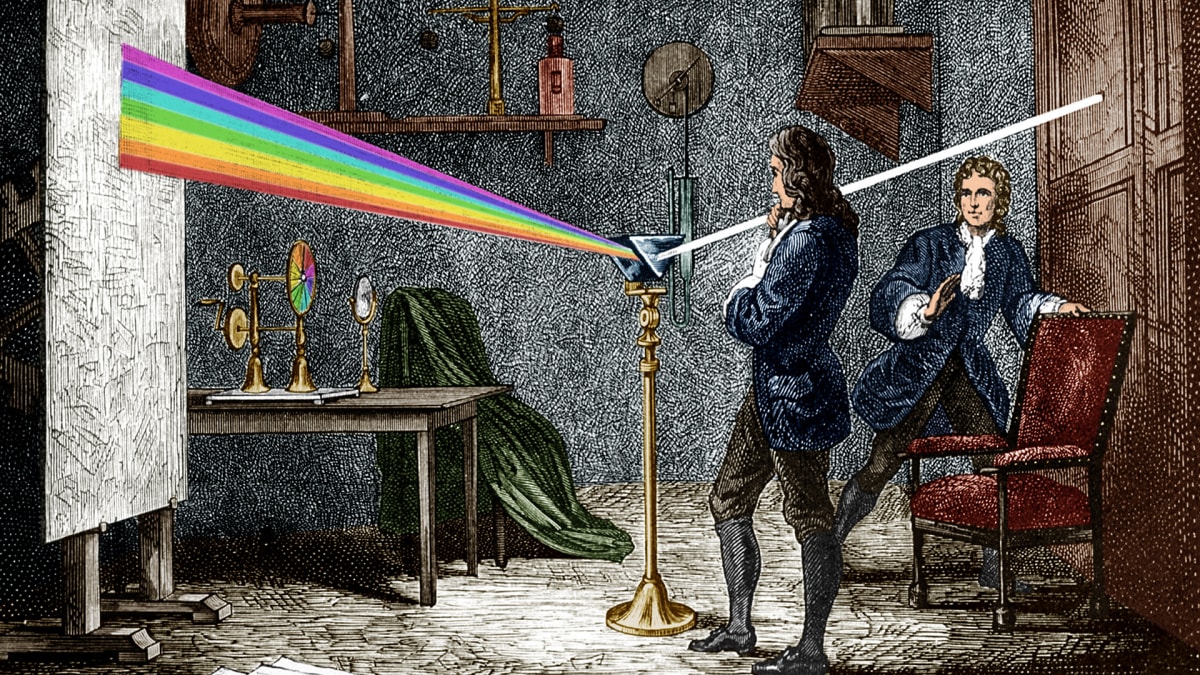 Only one man, William Ayscough, recognized Isaac’s brilliance and potential and arranged for Newton to study at Trinity College (part of Cambridge University). Being poor and unable to pay the large tuition, Newton worked as a servant to other students to pay for room and board. Newton was always solitary and secretive. Others said he was surly and argumentative.

In 1665 Cambridge closed when the plague struck London. Newton retired to his sister’s country estate. There he felt frustrated by the isolation and by a lack of mathematical tools to describe the changing forces and motions he wanted to understand. He was determined to master the forces that made things move (or not move).

Newton studied writings by Galileo and Aristotle as well as the more recent works by Kepler and Halley. He gathered the scattered and often contradictory observations and theories developed since the time of the early Greeks. He studied and refined them, searching for common truths and for errors. Newton was amazingly good at sifting through this mountain of ideas for the few that held truth.

Newton was not much of an experimenter. He thought about problems, conducting mind experiments as did Einstein. Newton thought about things intently for a long time until he formed the answers he needed. In his own words, he “kept the subject constantly before him and waited until the first dawnings opened little by little into full light.”

Solving the mystery of the forces that create motion quickly became an obsession with Newton. He focused his attention on Galileo’s laws of falling bodies and on Kepler’s laws about the motion of planets. He often went without sleep or food, to the edge of physical breakdown.

Newton developed his three laws of motion in early 1666. They were the essential building blocks for his creation of calculus and his discovery of gravity. However, Newton did not publish these laws until Halley coaxed him to write Principia 20 years later.

In 1684 Jean Picard produced the first accurate figures for the size and mass of Earth. This finally gave Newton the numbers he needed to prove that his laws of motion combined with his equation for gravity correctly predicted the actual orbits of the planets. Even after completing this mathematical proof, Newton only published Principia in 1687 because Halley begged and cajoled him to, mostly because Robert Hooke claimed (falsely) to have developed universal laws of motion himself. Principia became one of the most revered and most used publications in the history of science.

For every motion, there is a force. Gary Hardwick of Carlsbad, California, created enough force to set a skateboard speed record (standing position) of 100.66 km/h (62.55 mph) at Fountain Hills, Arizona, on September 26, 1998.