What are stipends and stole fees and What is simony?

Masses and the Seven Sacraments cannot be sold, nor can the minister charge for celebrating them. That would be the sin of simony. Simony is the sin where someone demands payment for a religious service or tries to sell spiritual benefits, graces, blessings, or sacraments.

Stipends are donations given by the faithful to the priest who offers the Mass for a specific intention indicated by the donor, either the repose of the soul of someone deceased (meaning the Mass is offered up that day for the soul of a dead loved one, family member, or friend; the hope is that if their soul is in purgatory, this Mass will help them in some way) or the spiritual welfare of a living person. They are not tips, taxes, fees, or charges since the Mass cannot be bought or sold (otherwise, the sin of simony is committed). Most parish bulletins list the daily Mass and times with a specific name. That name is the Mass intention and is determined by the donor of the Mass stipend. The priest offers the Mass specifically for that person, living or deceased.

The practice of making a monetary offering began once the Roman Empire legalized Christianity in 313 AD with the Edict of Milan under Constantine. Clergy were exempt from military conscription and to prevent them from wandering around looking for secular employment to sustain themselves, the people began on their own initiative to make a modest financial gift to the priest in gratitude for celebrating Holy Mass for their intention. 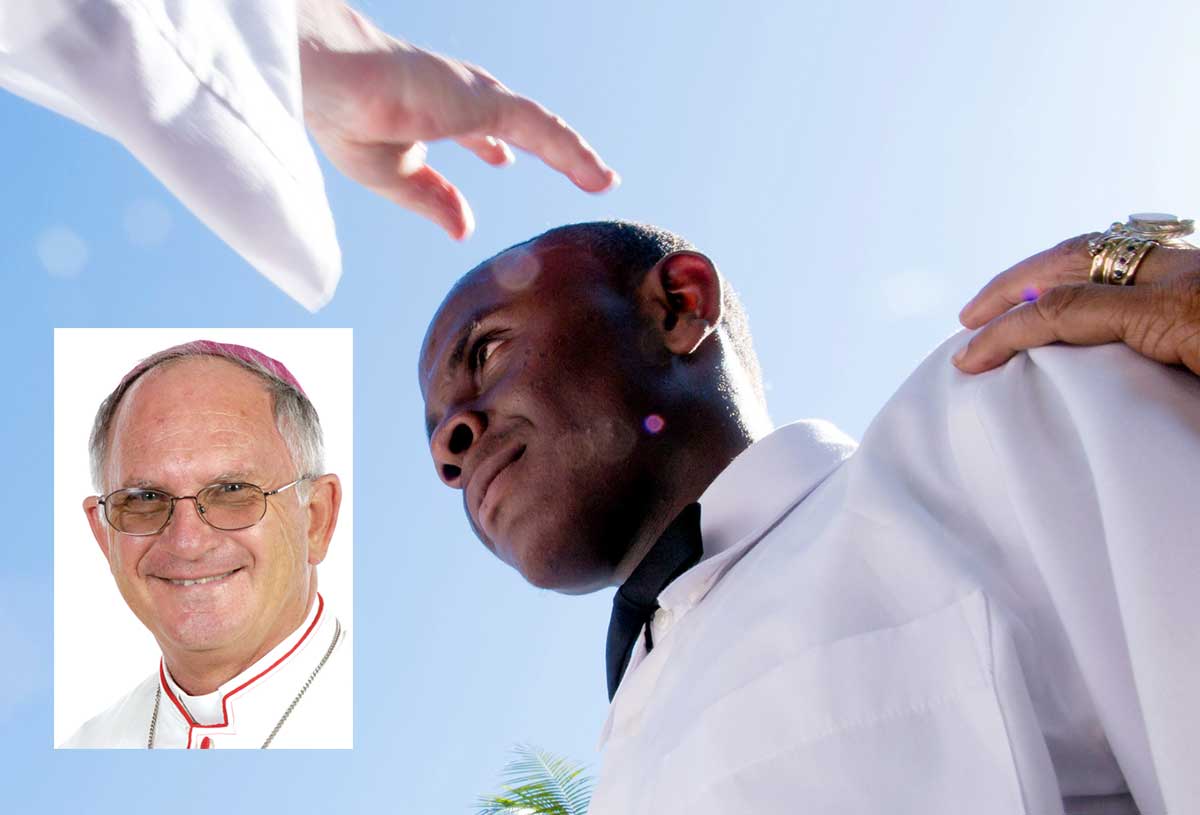 A few abuses immediately compelled the Church to issue strict laws condemning the trafficking in stipends, where a priest would celebrate one Mass but collect several stipends or gifts as if he were going to offer several individual Masses. Every priest is only allowed to accept one stipend per day and per Mass. If he celebrates two or more Masses in one day, he must give the extra stipends to the diocese or to charity. He cannot refuse to celebrate Mass if a person does not offer a stipend or is unable to do so. Parishes can explain, however, that the customary offering is $10 (in the USA). Since priests usually celebrate Mass every day, he may be given thirty stipends for one month.

The diocese knows that every priest receives a stipend for each daily Mass; his regular salary takes that into consideration, and he gets a weekly, biweekly, or monthly wage to live on. Diocesan priests use this total income to pay taxes, buy clothes, make car payments to the bank, pay auto insurance, etc.

Stole fees (jura stolæ) are more generous donations or offerings made by the faithful to priests or deacons in appreciation for their kindness. These are usually given at weddings, baptisms, funerals, blessing of homes, etc. and the amount, if any, is at the discretion of the donor. It is forbidden for priests and deacons to demand or request these honoraria, but contemporary custom and convention is that most Catholics realize how small clergy’s salaries are, and these “gifts” are very much appreciated.

Only religious priests (monks and nuns, as opposed to diocesan clergy) take vows of poverty, where they own nothing and pay no taxes. Diocesan clergy do not take a vow of poverty but are paid a very modest salary. Mass stipends and honoraria for weddings and baptisms help pay incidentals not covered by wages. Diocesan clergy must pay federal, state, local and Social Security taxes, often paying estimated taxes each year. Some dioceses have eliminated all Mass stipends and stole fees (honoraria) by turning all donations and offerings to the parish or the poor box and compensating the clergy with a modest but equitable salary instead.