What Are the Great Lakes of Africa?

North America has its Great Lakes, the five big lakes on the American-Canadian border.

There’s also a group of big lakes in Central Africa that might be called the “Great Lakes” of that continent. The largest of these lakes is Lake Victoria, the second largest freshwater lake on earth. 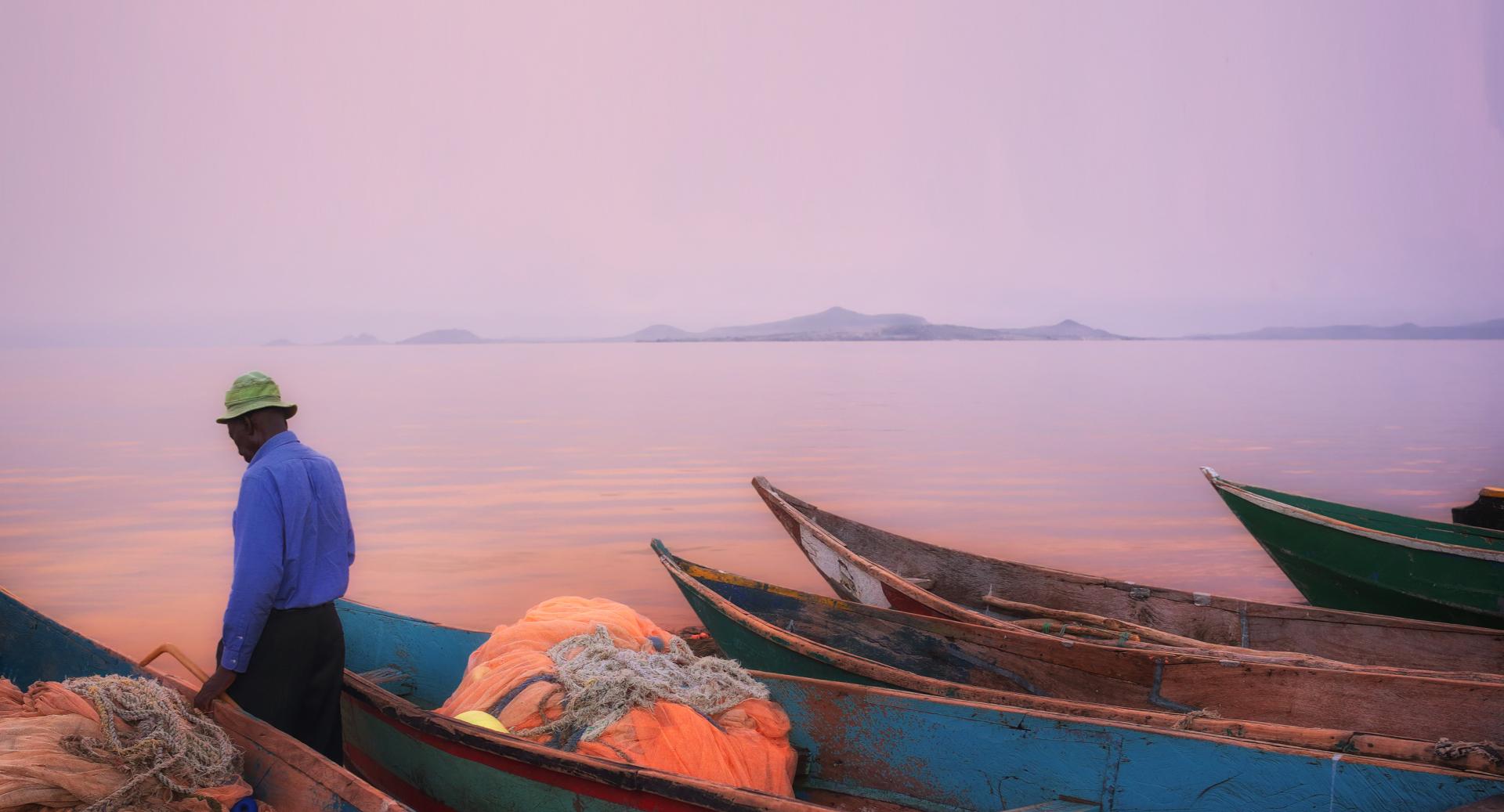 Not far away is another long, narrow lake, Lake Nyasa, the tenth largest lake in the world. Other large lakes in this “Great Lakes” region include Lakes Albert, Kivu, Mweru, Edward, and Turkana.

Some of the lakes in this part of Africa lie in a valley called the Great Rift Valley. This long rift, or crack, in the earth is filled in parts by Lake Nyasa, Lake Tanganyika, and some other African lakes. Other parts are filled by the Red Sea, the Jordan River, and the Dead Sea, thousands of miles to the north!

One lake near Africa’s “Great Lakes” region that is definitely not part of’ the Rift Valley is Lake Kariba, on the border between Zambia and Zimbabwe.

This lake was formed behind a huge dam built on the Zambezi River in 1959. Lake Kariba, with an area of 2,000 square miles, is the fourth largest man-made lake on earth.