What Are the Smoke Points of Common Vegetable Oils?

I don’t think you mean boiling point, because in spite of the poetic and sadistic appeal of the expression “boiled in oil,” oil doesn’t boil.

Long before it becomes hot enough to think about bubbling, a cooking oil will decompose, breaking down into disagreeable chemicals and carbonized particles that will assault your taste buds with a burnt flavor, your nostrils with an acrid smell, and your ears with a shrieking smoke alarm.

If you mean the highest practical cooking temperature for an oil, it is limited not by a boiling point but by the temperature at which the oil begins to smoke. 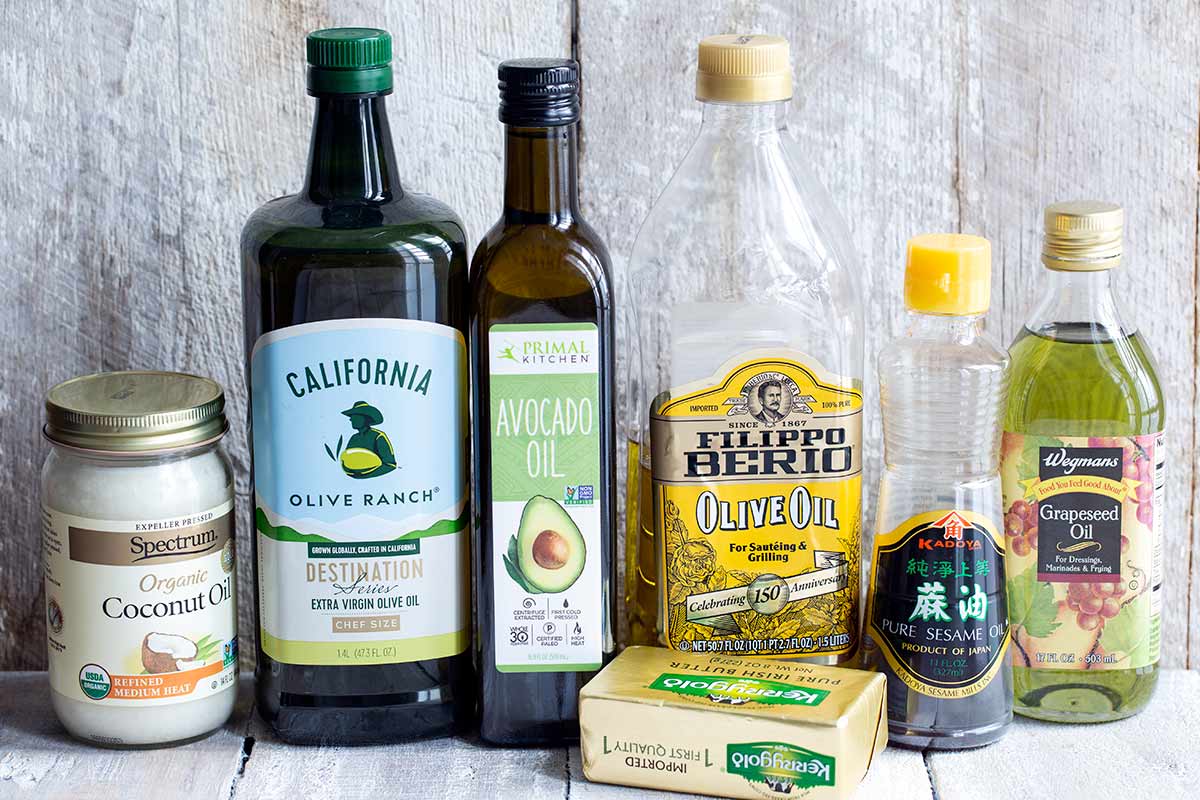 The smoke points of common vegetable oils, which come mostly from plant seeds, can range anywhere from 250ºF to more than 450ºF. But in spite of the ostensibly precise values listed in some books, exact smoke-point temperatures cannot be given because a particular type of oil can vary quite a bit, depending on its degree of refinement, the seed variety, and even the climate and weather during the plant’s growing season.

Olive oils may vary from 410º to 460º, depending on the type; extra-virgin oils are generally lower, while light olive oil is the highest because it has been filtered. Animal fats generally smoke at lower temperatures than vegetable oils, because saturated fatty acids break down more easily.

With the exception of a few specialty oils, most oils are valued by American cooks for their blandness, for their lack of any intrusive flavor. Olive oil, on the other hand, is prized for its complex flavors, which can range from nutty to peppery and grassy to fruity, depending on the country and region from which it comes, the variety of olive, and its growing conditions.

The cuisines of the Mediterranean owe their unique qualities largely to the almost exclusive use of olive oil, which is a flavor component of the recipes, not just a cooking medium. It is used in everything from baking to deep frying. And I’ve yet to hear a Spaniard or an Italian complain about a wisp of smoke in the kitchen.

Fortunately, the smoke points of several common cooking oils are higher than the most desirable range of temperatures for deep frying, which is 350–375º. If you’re not careful to control it, though, fat for deep frying can reach close to 400º, so there isn’t much leeway there. Except for the lowest smoke-point cooking fat of all, unclarified butter, which begins to smoke at only 250–300º, smoke shouldn’t be a problem in sautéing unless you have a very heavy hand on the burner control.

It’s important to note that all of the smoke points quoted above are for fresh oils. When oils are either heated or oxidized, they break down into free fatty acids, which both lower the smoke point and taste acrid. Reused deep-frying oil, or any oil that has been exposed significantly to heat or air, will therefore smoke more readily and take on a disagreeable flavor.

Moreover, hot oils tend to polymerize, their molecules join together into much bigger molecules that give the oil a thick, gummy consistency and a darker color. And finally, hot oils can break down into unhealthful chemicals such as those highly reactive molecular fragments called free radicals.

All things considered, then, the safest and best idea for both health and palate is to discard deep frying oil after one or at most two uses, or immediately, if it has been allowed to smoke appreciably.