What is the Best Way to Prevent Vegetable Oils from becoming Rancid?

The word rancid is a sort of catchall that comes from the Latin rancidus, meaning rank or stinky. The word has no explicit chemical meaning. It is used loosely to mean bad-smelling and tasting, most often in reference to over-the-hill fats.

There are several things you can do to avoid fat rancidity. But first, let’s sort out the concepts in your question, because oxidation is only one of the ways in which fats can spoil.

Fats and oils can become rancid either by reacting with oxygen (oxidative rancidity) or by reacting with water (hydrolytic rancidity). Also, when oils are heated to high temperatures, as in deep-frying, they can change chemically in other wicked ways. 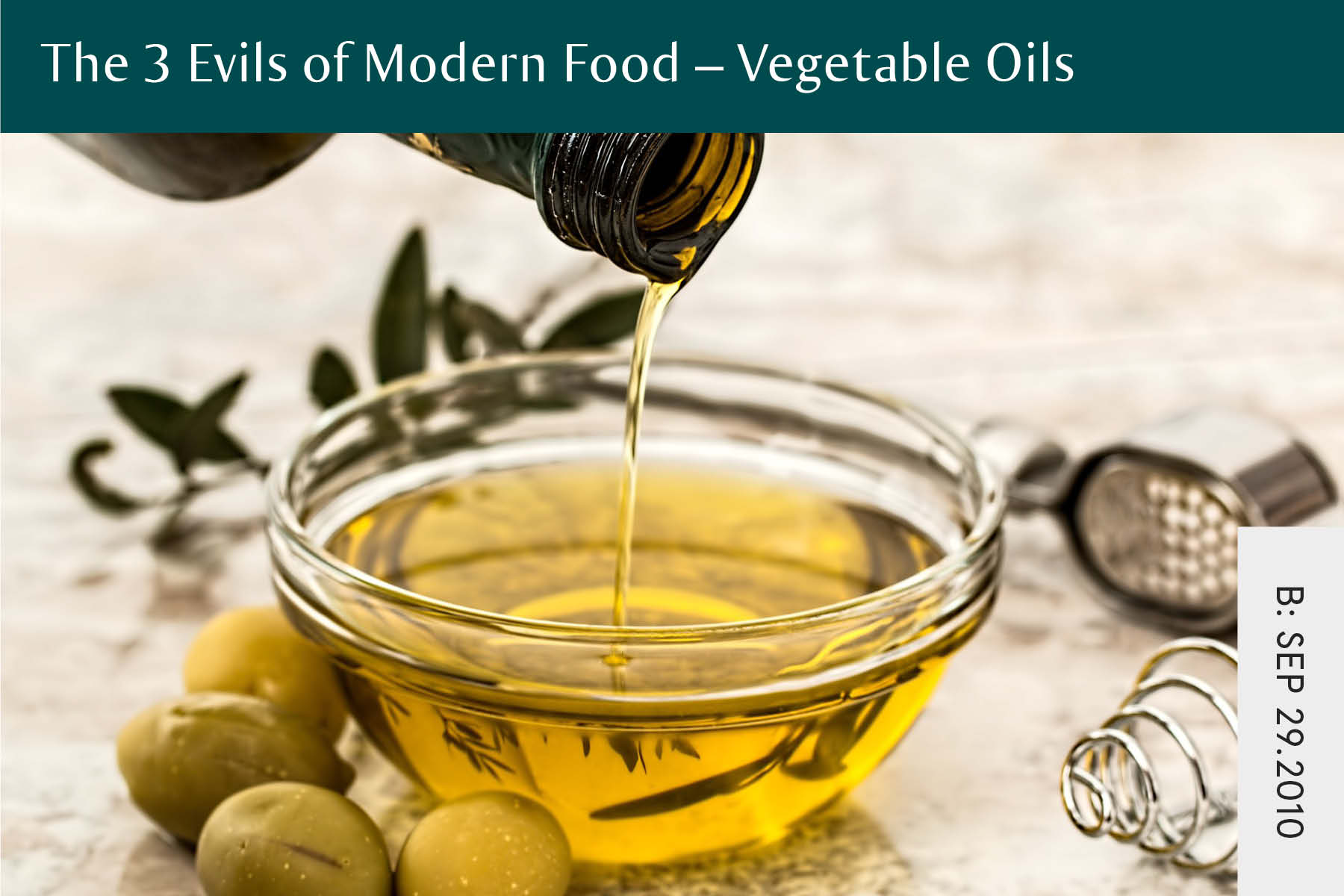 Here, then, is a highly condensed version of “Fats Gone Wild.”

• Oxidative rancidity: This happens primarily to fats containing unsaturated fatty acids. Helped along by heat, light, trace metals, or certain enzymes, unsaturated fatty acids react with oxygen in the air, producing highly reactive peroxides and free radicals that, as you say, can wreak havoc in our bodies.

Whether the free radicals in rancid oils persist long enough to be harmful when the oil is ingested is debatable. But many of the stable chemicals called aldehydes and ketones, so rancid oils are unpleasant to ingest at the very least.

Many vegetable oils contain natural antioxidants, free-radical killers, called tocopherols; if they didn’t, they wouldn’t stay fresh as long as they do. Animal fats, on the other hand, which contain mostly saturated fatty acids, are not as susceptible to oxidative rancidity. That’s why lard, for example, can be kept nearly forever without going rancid.

To foil oxidative rancidity, then, you should protect your vegetable oils from the oxygen, heat, and light that spark the free-radical reactions. Keep the bottle tightly sealed in a cool, dark place. Even refrigerating your oils isn’t a bad idea if you don’t use them very often. Because every oil is a mixture of fats with different freezing (solidification) temperatures, some of them may freeze in the fridge, but they will liquefy again on warming.

• Hydrolytic rancidity: This is caused by hydrolysis: the reaction of a fat with water, whether the fat is saturated or unsaturated. The reaction is helped along by heat or by enzymes called lipases.

When water reacts with a fat, the fat molecule splits into its glycerol portion and its fatty acid portions. Free fatty acids generally smell pretty bad, especially the lightweight (small-molecule) ones that can float off easily into the air toward our noses. The predominant bad-smelling, small-molecule fatty acid in rancid butter is butyric acid, whose other common habitat is unwashed armpits.

Butter is ideal prey for both oxidative and hydrolytic rancidity: oxidative because 32 percent of its fatty acids are unsaturated, and hydrolytic because it contains about 18 percent water, distributed in the form of microscopic droplets throughout the matrix of fat. Defensive tactics against rancidity in butter must therefore include protection from both oxygen and heat, inasmuch as heat accelerates both types of rancidity. These considerations dictate both airtight wrapping and refrigeration.

• Rancidity from deep-frying: When a piece of food is plunged into very hot fat, the water on its surface, and all foods contain water, can react with the fat to hydrolyze it, freeing its fatty acids. As the fat is used and perhaps reused, the free fatty acids build up, negatively affecting its flavor and that of anything fried in it.

But that isn’t the worst of it. When the fatty acids are split off from a fat molecule, what remains is the glycerol portion of the molecule. Upon further heating, the glycerol decomposes into a highly irritating, acrid gas aptly named acrolein.

At about the same time, the fatty acids decompose, producing smoke. The longer the fat is heated, the more free fatty acids it will contain and the more likely it will be to smoke at progressively lower temperatures. Another thing that happens to long-used deep-frying oil is polymerization: the free fatty acids combine to form large molecules that darken and thicken the oil until it is almost syrupy.

The moral of the frying story is that to minimize the production of foul-tasting fatty acids, lung-clogging smoke, eye-watering acrolein, and other possibly carcinogenic compounds, use your deep frying oil only once or at most twice. I dispose of mine by pouring it into an empty food can, freezing it, and discarding it with my solid garbage.