Oils are liquids whose molecules don’t stick together very strongly, so they can slide easily past one another.

That’s what makes them slippery. But chemically speaking, edible oils and inedible oils are quite different. And thereby hangs an embarrassing tale.

A few decades ago I was teaching graduate-level chemistry in Spanish (what chutzpah!) at a university in Venezuela, utilizing the vestiges of my high school Spanish augmented by a few sojourns in Mexico and a six-month residence in Puerto Rico. One day in class I was puzzled by the ripple of smirks that swept the room whenever I referred to the product of Venezuela’s petroleum industry as aceite, which my dictionary had told me was Spanish for oil. 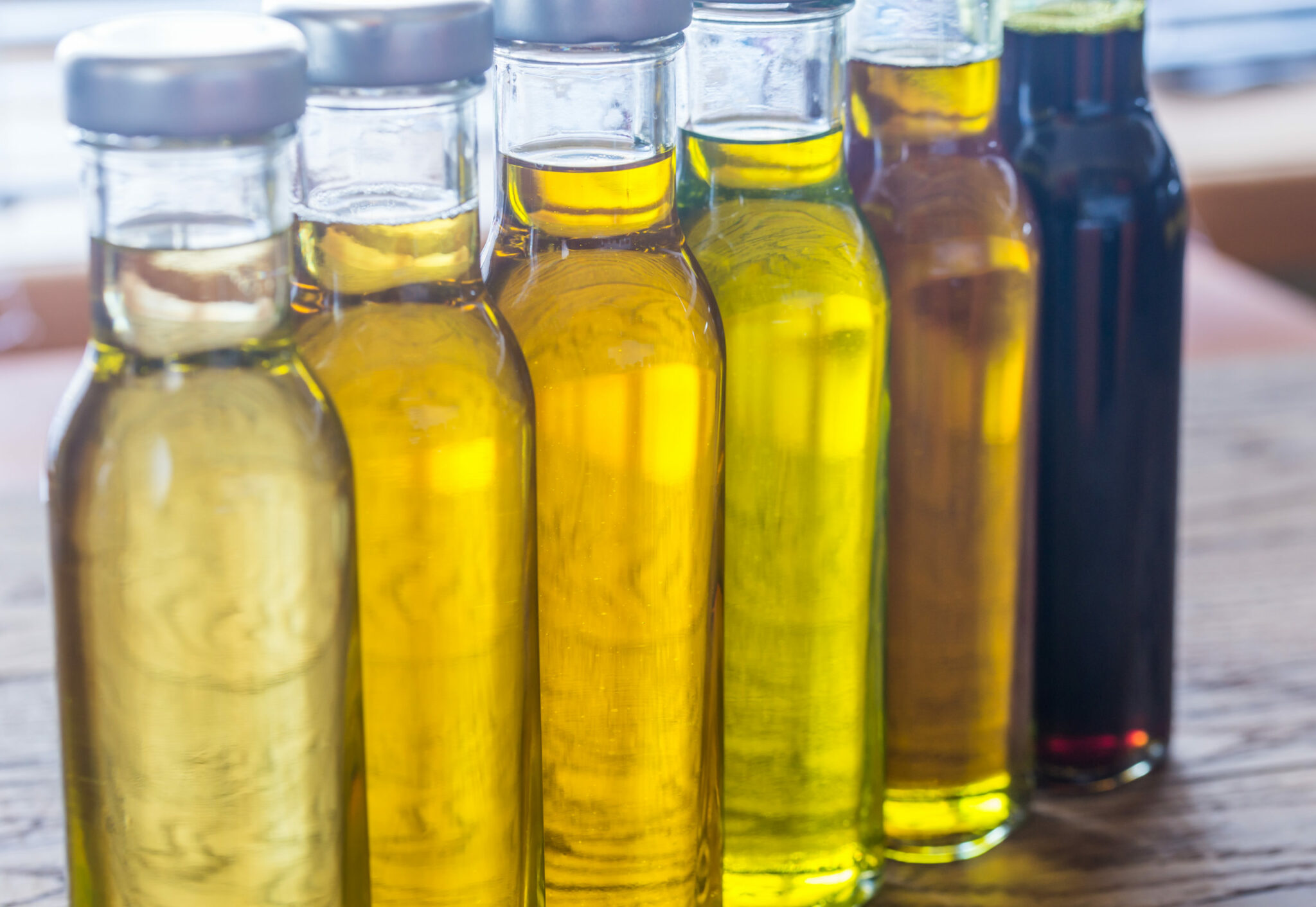 A sympathetic student eventually took me aside and explained that aceite refers only to edible oils, most commonly the oil obtained from olives, or aceitunas. The word I should have been using was petróleo . I had inadvertently been talking about Venezuelans pumping olive oil out of the ground. In the United States we use the same word, oil, for both.

I was partly vindicated years later by an understanding Spaniard, who pointed out that as soon as crude petroleum is refined into motor oil or machine oil, it is indeed referred to as aceite. At least in Spain.

Petroleum is a mishmash of hundreds of hydrocarbons, compounds of nothing but carbon and hydrogen, which can be separated by distillation or broken down (“cracked”) and refined into hundreds of products from gasoline to Vaseline, not to mention the thousands of synthetic petrochemicals that chemists can create once they get their hands on the raw material.

Hydrocarbons play only minor roles in living things. In fact, it might be said that petroleum consists of once-living plant and animal matter that has had all the life squeezed out of it. Petroleum derived oils are therefore inert as far as our food metabolism is concerned; they are indigestible. A dose of mineral oil, a highly purified petroleum product, for example, passes straight through the body unchanged, lubricating the entire digestive tract along the way and acting as a laxative.

Although the edible oils that we obtain from plants do contain small amounts of hydrocarbons, they are predominantly triglycerides. Triglyceride molecules are largely similar to hydrocarbon molecules, but in addition to the long chains of carbon and hydrogen atoms, each of the triglyceride molecules also contains six oxygen atoms at one end. And changing the components or structure of a molecule even slightly can make a huge difference in its chemical and physiological properties.

Along with proteins and carbohydrates, triglycerides in the form of either liquid oils or solid fats make up the vital triumvirate of food components. Triglycerides are broken down in our bodies to produce energy, but in excessive amounts they are converted into what are known indecorously as love handles and spare tires.

The 1.4 billion gallons of salad and cooking oils that we consume each year in the United States (that’s 33 million petroleum barrels’ worth) must be processed before they are pure enough and acceptable to our finicky palates. Here are some of the typical cosmetic treatments that vegetable oil may suffer before it lands on your grocery shelf labeled “all-natural” and “100 percent pure”:

• First, most of the oil may be squeezed (“expressed” or “expelled” or “expeller-pressed”) out of the seeds by machines called expellers, which can handle as much as 30 tons of sunflower seeds, for example, in a single day. Expellers are screw-driven presses that use friction and pressure to squeeze the oil out of the seeds. The friction can heat the mass of oil and pulp to temperatures of 140 to 210°F (60 to 99°C), although water-cooled expellers are also used to make the “cold-pressed” oils that are preferred by “natural-food” and raw-food enthusiasts.

• More often, the oil is dissolved out of (extracted from) the ground-up seeds into hexane, a volatile hydrocarbon liquid that dissolves the oil and is later evaporated off by being heated to (100°C). Since hexane boils at only 156°F (69°C), there should be virtually none left in the finished oil, although traces of up to 25 parts per million can often be detected. That’s why health-food stores brag about selling “expeller-pressed” and “cold-pressed” oils that have never been in contact with hexane. They’re more expensive, however, because their supply is limited; hexane extraction gets a lot more oil out of the seeds than pressing does.

• The crude pressed or extracted oil may then be degummed by the addition of a small amount of water and/or citric acid, which precipitates certain gummy chemicals called phosphatides.

• Next, the oil is treated with an alkali (usually sodium hydroxide, or lye), which removes any remaining phosphatides, proteins, and mucilaginous compounds and, most important, neutralizes any free fatty acids, which have unpleasant flavors. The reaction of the alkali with the fatty acids produces soap (yes, soap), which is removed by a later washing with hot water.

• If the oil has an undesirable color it is then bleached, not by Clorox, but by finely divided clays or activated charcoal, which adsorb molecules of pigmented impurities.

• If there are any remaining unpleasant odors, the oil is deodorized by steam distillation under vacuum. The vacuum (actually, just a low air pressure) lowers the boiling point of water and hence the temperature of the steam, so that the oil isn’t subjected to a damagingly high temperature. This process also removes any residual pesticides and other chemicals that may have been used on the oil-bearing plants.

• Finally, an oil may be “fractionated,” “dewaxed,” or “winterized” by being cooled and having any fat fractions that freeze filtered off, so that the oil won’t get cloudy if stored in a cool location. Note that if you keep your expensive extra-virgin olive oil in the refrigerator to delay rancidity, some experts may disagree, but I believe this does no harm, and it turns cloudy, there is nothing wrong with it. The oil will clear up as the solidified fat components melt again when restored to room temperature.

Is all this processing bad for us? You can call it processing or you can call it purification. “Processing” is a bad word these days in some circles, where any intervention by humans or their technology between nature and nourishment is considered unnatural and probably unsafe. But in the case of seed oils such as sunflower, safflower, canola, and peanut, the pressed or extracted crude oils contain many impurities that would affect the flavor, color, and cooking properties if not removed. These include seed fragments, pesticide residues, trace metals, phosphorus, wax, free fatty acids, chlorophyll, carotenoids, and other pigments and odors. If machinery and chemistry weren’t being used to purify our vegetable oils, I doubt that we would find them palatable or in most cases even edible.

In short, “refined” means “purified.” So what’s bad about that?

But note that olive oil is a unique case. Coming as it does from the flesh, rather than the seeds, of the fruit, it’s pure fruit juice that can be consumed just as it comes from the press. Some of the best extra virgin olive oils, in fact, are bottled without even being filtered.