What causes Blood Spots in Eggs and Are Eggs with Red Spots safe to eat?

Red spots in eggs doesn’t mean that the egg was fertilized, and it will not hatch no matter how long you sit on it.

Hens that lay eggs for commercial distribution have never even seen, much less “dated,” a rooster. Layers just aren’t breeders.

The red spots are indeed blood, from the rupture of a blood vessel on the yolk’s surface that occurred during formation of the egg, or by a similar mishap in the wall of the oviduct. Less than one percent of all eggs laid have blood spots. 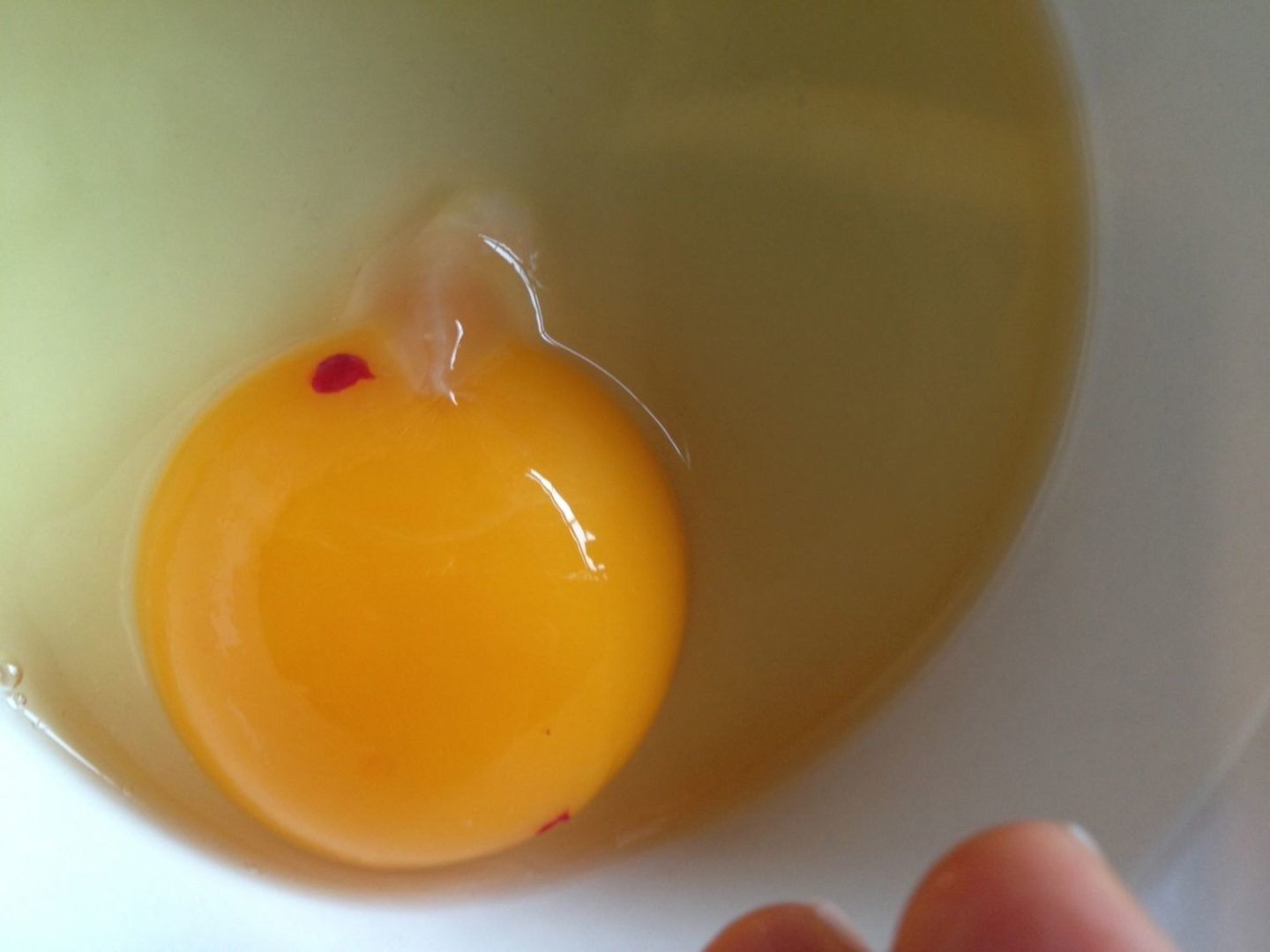 The routine inspection process of candling, turning the eggs on rollers in front of high-intensity lights (originally they were held up to a candle) to reveal their interior qualities, catches most eggs with blood spots, and they are removed. But a few inevitably sneak though and reach the market.

They are perfectly fit to eat, although Jewish dietary law rejects them as not kosher.