The Spanish were fervent Catholics who felt that any other religion was not only wrong but satanic.

They had only to look at the Aztec practice of human sacrifice to be convinced that the Aztec religion was devilish indeed. They had little sympathy for the everyday peaceful devotion of the common people to gods such as Tlaloc, who governed rain, or Coyolxauhqui, who ruled the moon.

The Spanish made it their business to wipe out the Aztec religion, just as they had done with rival religions at home. Spanish missionaries smashed Aztec idols and preached the Christian Gospel. 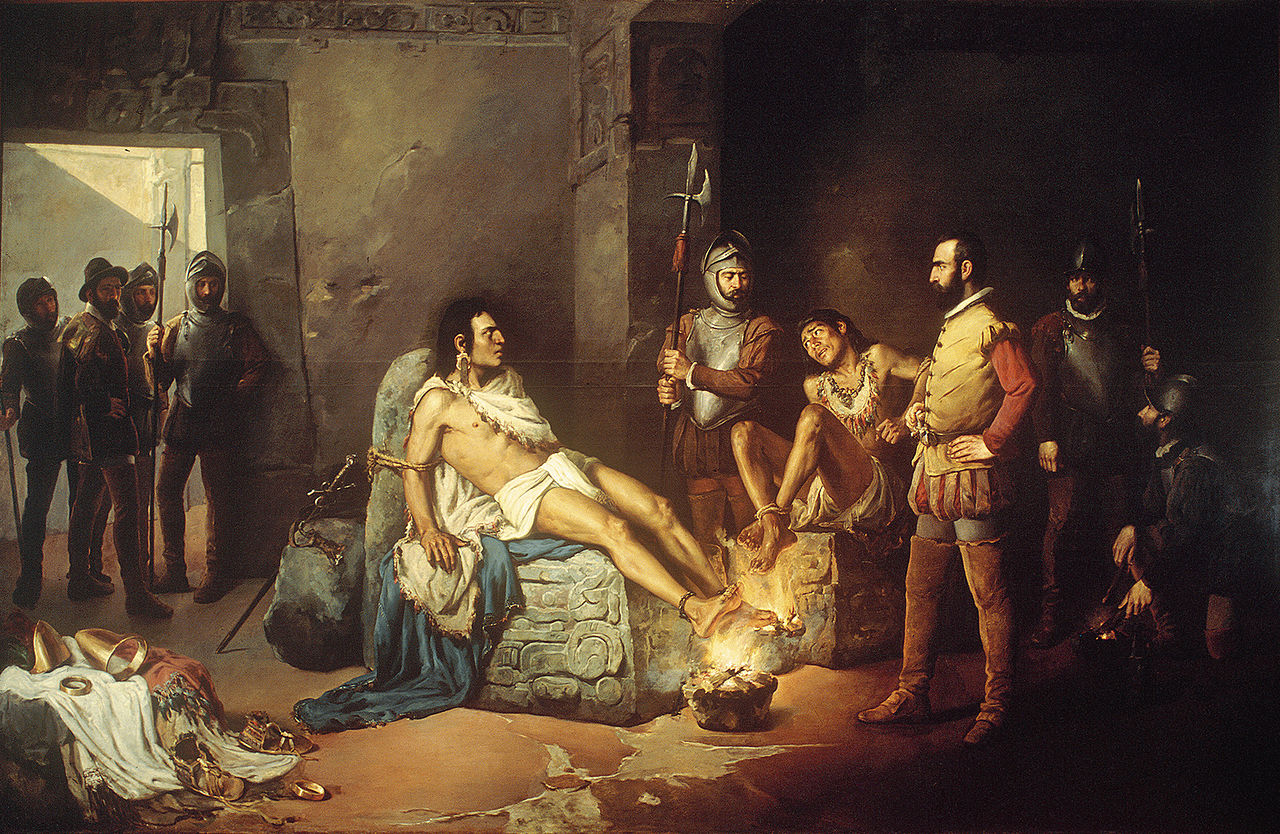 Yet the Aztec religion never completely disappeared. Some of the people’s ancient beliefs and customs were blended into the Mexican version of Roman Catholicism. Aztecs even hid figurines of their deities inside statues of Roman Catholic saints.

Our Lady of Guadalupe, the patron saint of Mexico, is a symbol of the nation’s blend of Catholicism and Native American traditions. This apparition of the Virgin Mary, the mother of Jesus, came in visions to a Native American, Juan Diego, in 1531.

Her feast day, December 12, is honored by many Mexican Americans.