What Does 100 Percent Humidity Mean and Does It Mean Rain?

Chicken Littles who fear drowning in air are forgetting that “humidity” is purely relative.

Everybody goes around talking about “the humidity” as if it’s something absolute, but it’s really the relative humidity that they’re talking about, relative to some maximum, but still small, amount of water vapor in the air. And mind you, that’s vapor, not liquid. Even when the relative humidity gets to be 100 percent at room temperature (we’ll see that humidity varies with temperature), there is only one water vapor molecule in the air for every forty or fifty air molecules.

“Vapor” is a funny word. All it means is “gas”, the form of matter in which the molecules are flying freely around with huge spaces between them. Any substance can be transformed into a gas if we heat it hot enough to drive its molecules completely away from one another. 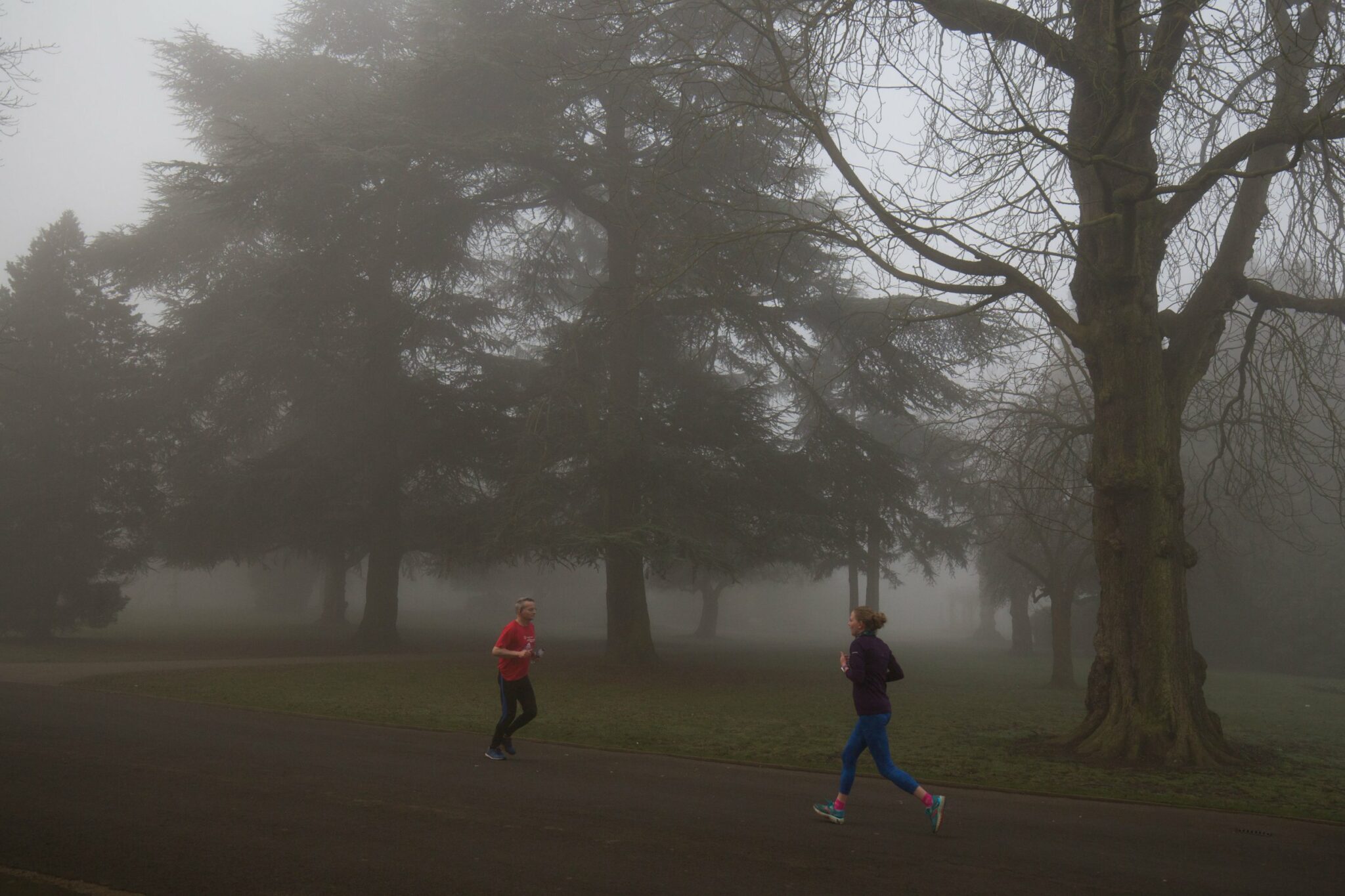 It’s only when the gas in question recently arose from a liquid that we refer to it as a vapor. We call the oxygen in the air a gas because we’ve (most of us) never seen it as a liquid. But we don’t generally refer to gaseous water as a gas because we know that it came from liquid water. We call it “water vapor.”

If you put some water of a certain temperature into a closed box, it will fill the box with the amount of vapor that is characteristic of its temperature, and then stop. It stops when there are as many liquid molecules leaving the liquid each second as there are vapor molecules hitting the liquid’s surface and sticking. When these two rates are equal, there is no further net change. (Techspeak: The liquid and the vapor are in equilibrium;.)

A lot of people, including some scientists, would like to say that the air in the box is now saturated with water vapor, as if the air were a wet rag, holding as much water as it can. But that’s a misleading way to look at it. We’ll put it another way: The amount of vapor in the box is 100 percent of the maximum amount that there can be at that temperature. In other words, the relative humidity is 100 percent. If there were only half that amount of water vapor, we would say that the relative humidity is 50 percent, and so on.

If we lived in a closed box with some liquid water in it, the relative humidity would always be 100 percent, 100 percent of the maximum amount of vapor for that water temperature. But of course, we don’t. We live in a constantly shifting sea of winds bearing warm air, cold air, high- and low pressure air and everything else that the weather can devise to blow water vapor around from place to place. That’s why the relative humidity isn’t always 100 percent, even when it’s raining, or even over the ocean.

Frighten your timid friend with this fact: In a steam bath or wet sauna the relative humidity is 100 percent and then some. First of all, the temperature is deliberately kept high to get as much water vapor into the air as possible. But in addition to that maximum amount of water vapor, there are actually tiny droplets of liquid water suspended in the air.

We call it steam or fog. In a steam room, you’re actually breathing liquid water. But nobody ever drowned from breathing fog or steam at a reasonable temperature because there is still plenty of air in between the suspended droplets.

Caution: Steam can be dangerously hot, depending on how it has been produced and at what pressure. The steam in a steam bath is “cool steam” and is no hotter than the air in the room.