What does schooner mean in Scottish and Where does the word “schooner” come from?

Captain Andrew Robinson, of Gloucester, Massachusetts, is credited with being the builder of the first vessel of this type, known as a schooner.

It was completed in 1713, according to evidence, and attracted a good deal of notice.

Its launching was attended with much interest. 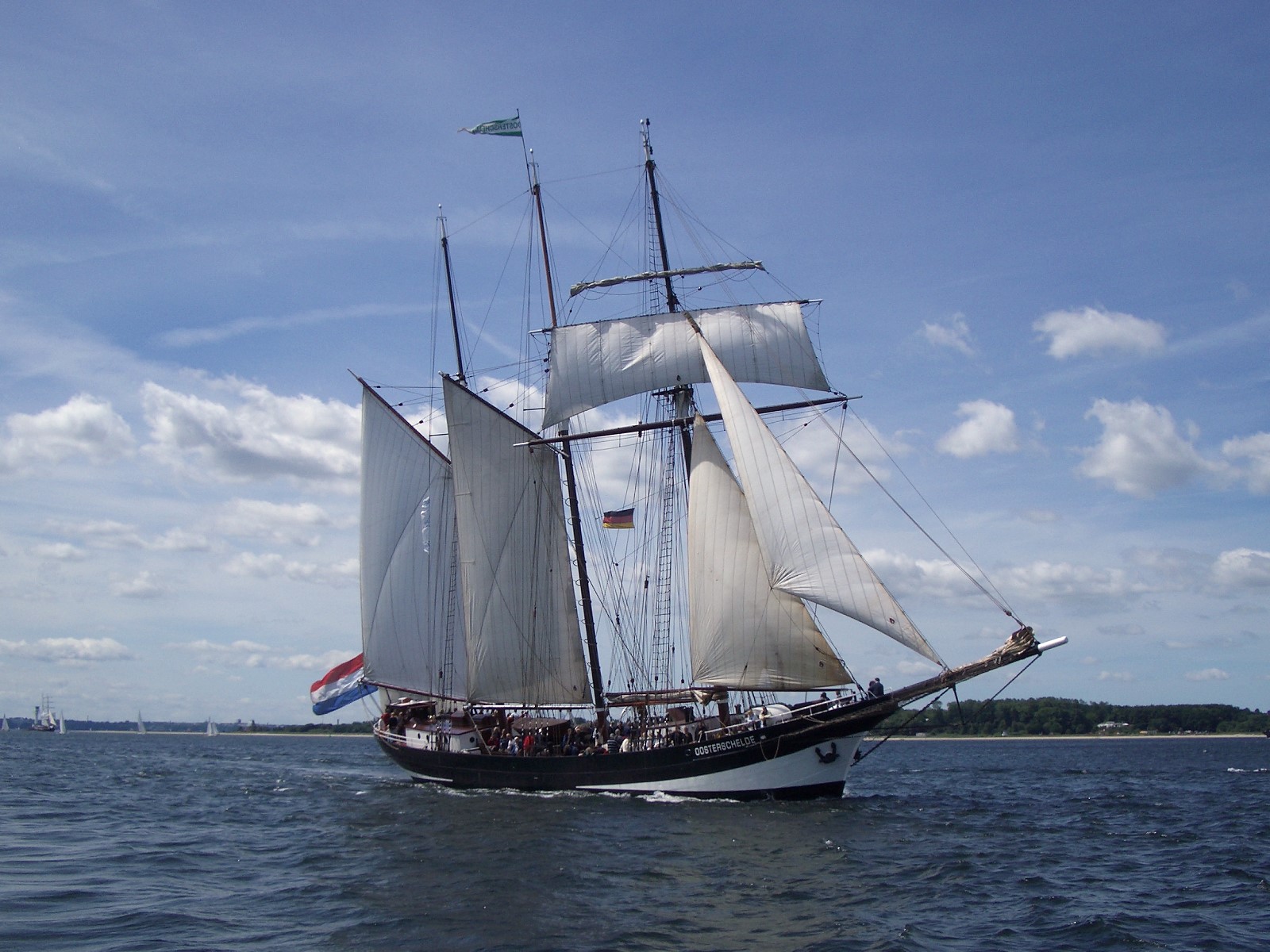 When the blocks were knocked away and the vessel slid gracefully into the water, an excited bystander, according to the story often told, is said to have exclaimed, “Oh, how she scoons!”

Captain Robinson overheard the remark and, not having decided what to call the new type of vessel, spoke up and said, “A scooner let her be.” The subsequent spelling, schooner, was probably due to the influence of “school.”

The source of the bystander’s scoon may have been the Scottish word scon, “to make flat stones skip over the water.”