What does the Declaration of Independence mean and How many parts are there?

In 1776, the thirteen colonies voted to declare their independence from Great Britain.

Thomas Jefferson put their declaration in writing. This document was called the Declaration of Independence, and was signed by fifty-six representatives of the colonies.

The Declaration of Independence is written in language that is easy to understand. It has three parts. The first part, the Preamble, is the most important. It states that “all Men are created equal” and have “inalienable rights,” and expresses belief in democracy, or rule by the people. 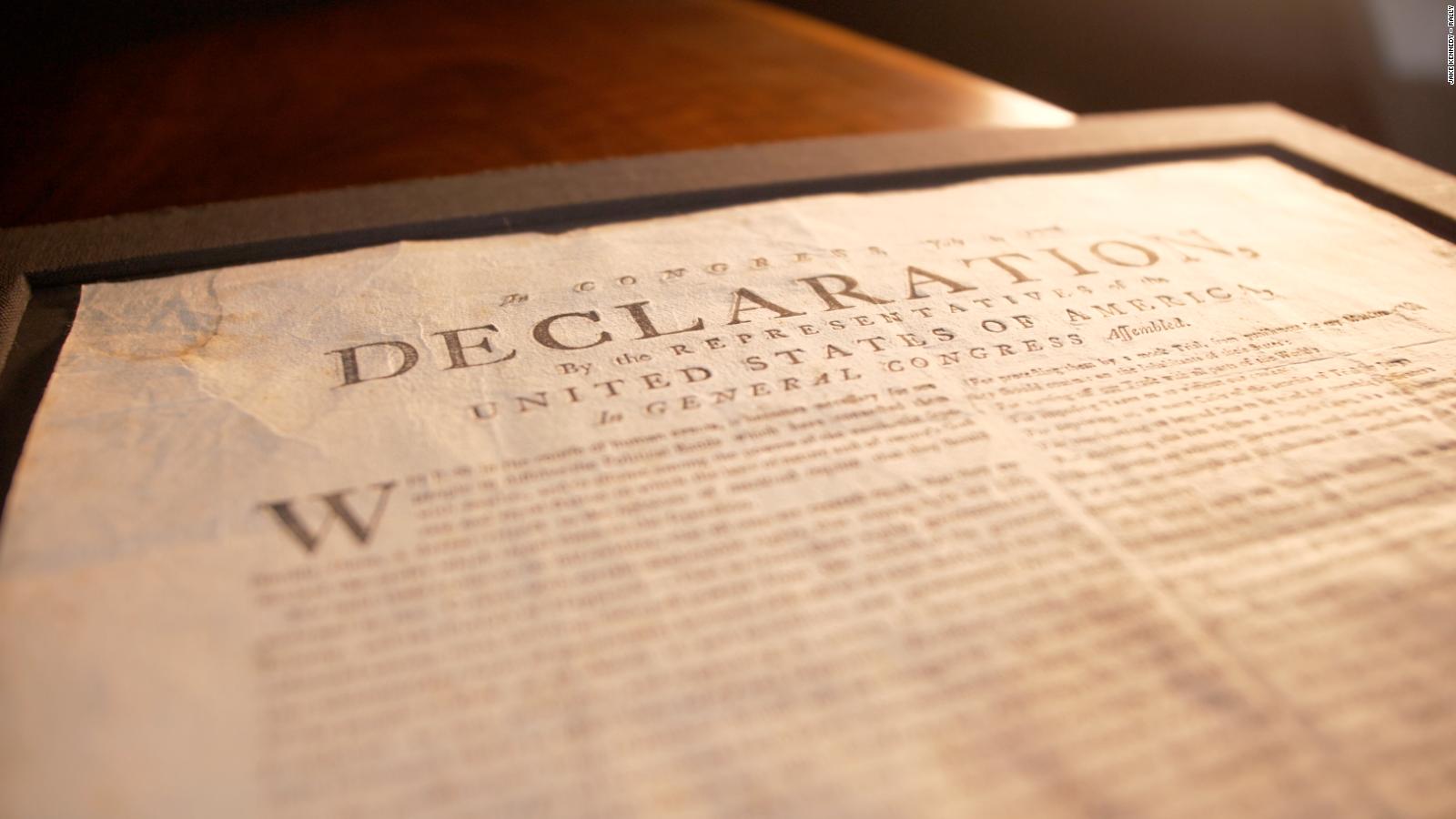 This was an unusual idea in those days, because most countries were ruled by kings.

The second part of the Declaration is a long list of complaints against Great Britain’s King George III.

The final part of the Declaration states that because of the above, the colonies are, and shall be, free and independent and no longer loyal to the British crown.