What Does the Phrase “Deck the Halls With Boughs of Holly” Mean and Where Did the Word Deck Come From?

The middle Dutch word “decken” meant “to cover or adorn” and came from “dec”, which originally meant any cover, such as a tarpaulin or a roof.

It was borrowed into English as a nautical term in the fifteenth century.

Although today a backyard deck might mean a wooden patio, a ship’s deck was not a floor but a roof to cover cannons. 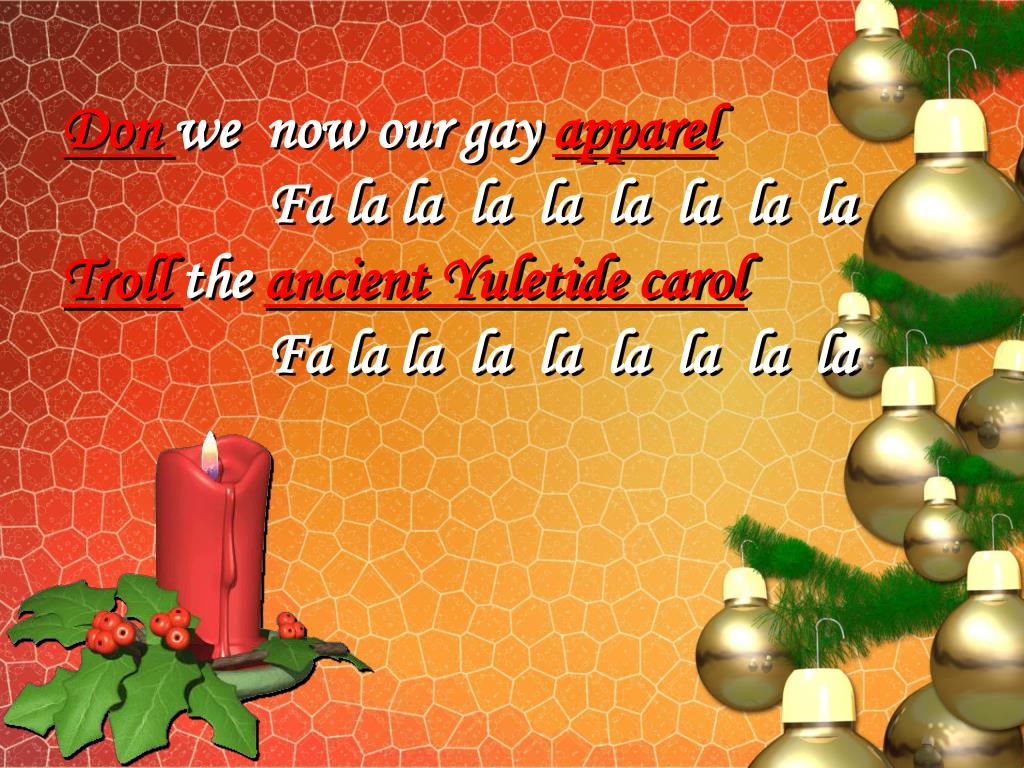 The Christmas carol “Deck the Halls” is saying simply “cover the walls” with boughs of holly.