What Happens To the Umbilical Cord After the Baby Is Born and What Procedure Was Used Before Modern Medicine?

This makes the cord too thick to be tied in a knot. Today, where medical supplies are readily available, a plastic clamp is used to compress the cord and cut off the blood supply.

Then the cord is cut just above the clamp with scissors. 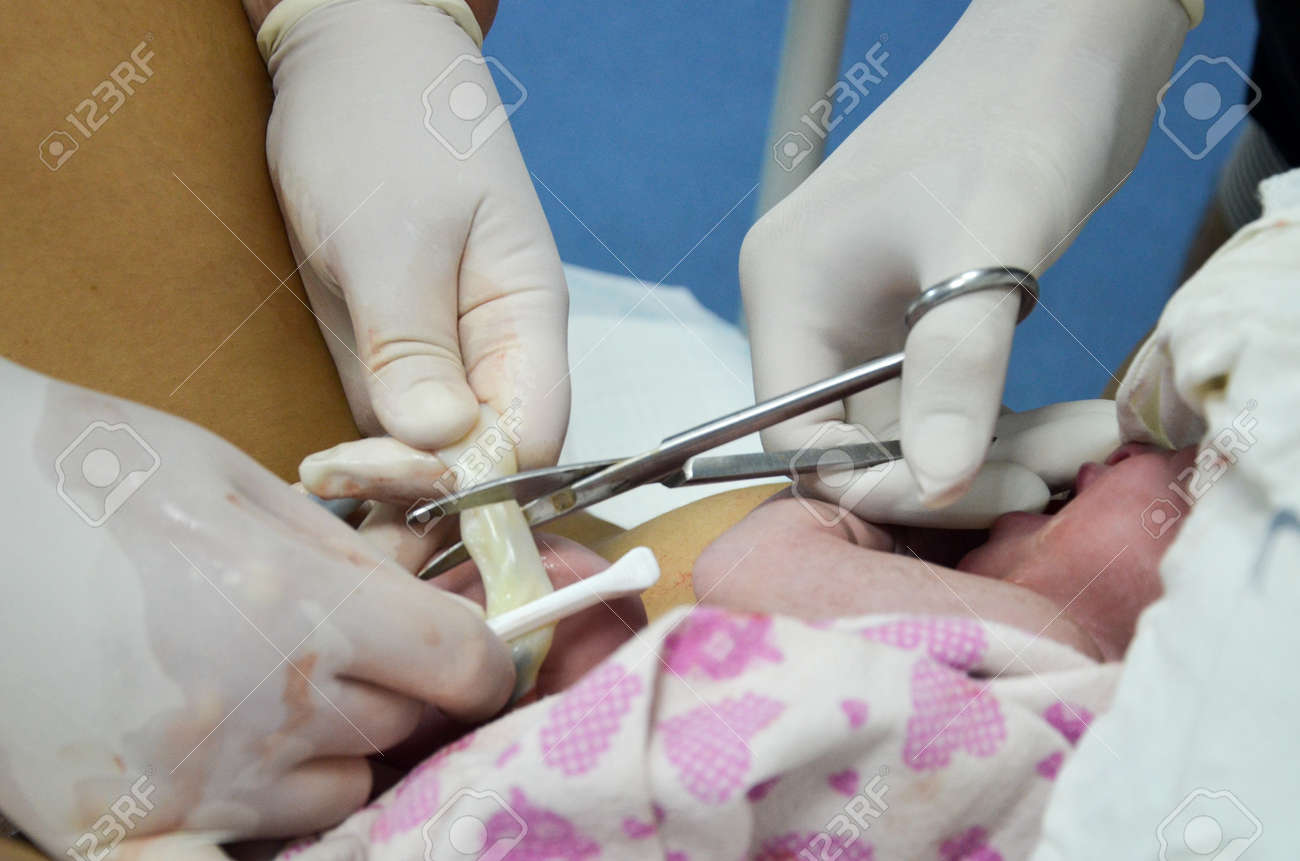 A clean piece of string or anything that can be tied tightly around the cord, such as a strip of leather or strong grass, would serve just as well if clamps aren’t available. A knife, a piece of sharp flint, or even sharp and determined teeth would do instead of the scissors.

The clamp is taken off the cord after three days, and the cord itself rots through a process of dry gangrene and falls off between five and ten days after birth.

To our knowledge, tying an actual knot in the umbilicus after birth has never been practiced, certainly not in our experience as a midwifery nurse.

These days, at delivery, the midwife places two artery forceps on the umbilical cord.

She makes a cut between the two forceps using sterile surgical scissors, to separate the placenta. A plastic cord clip is then attached to the cord on the baby’s side of the remaining forceps, around 1 inch from the belly button.

The final piece of umbilical cord shrivels up and falls off within a few days.

In the past, a couple of different methods have been used.

In the 1960s, midwives adopted the same procedure but used a sterile rubber band instead of the clip. Before this, midwives would tie the umbilical cord with lengths of string.

When some babies were born a decade ago, their umbilical cords were sealed off with a small plastic clamp.

After a few days the cord shriveled up and dropped off of its own accord. The clamp was ideal for holding muesli bags closed. They last for few years before eventually breaking.

Most clamps are still going strong.