What is a pueblo and How are pueblos made?

A pueblo is the type of house built by the Pueblo peoples in the Southwestern United States of America.

This dwelling was like an apartment building, providing living space for many different families. It had several stories built in tiers so that the roof on one story could be used as a balcony by the people living in the story above.

In pleasant weather, families spent much of their day on these balconies, which had plenty of space for grinding corn, cooking meals, and performing other daily household tasks. 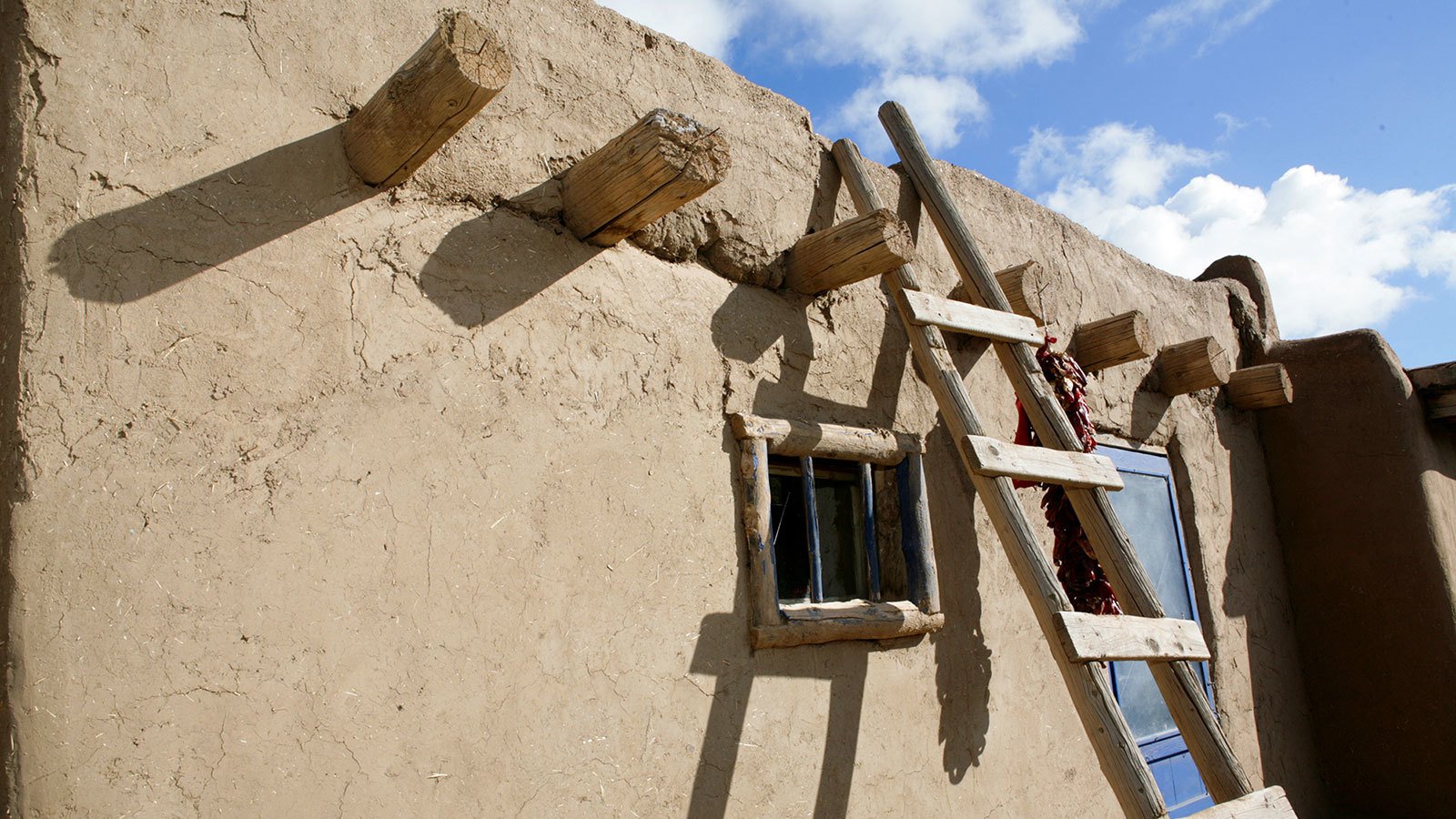 Pueblos were built around a central plaza, where people in the village gathered to perform ceremonies. The houses were constructed from blocks of sandstone plastered with mud or from adobe, bricks of clay and mud that the Pueblo Indians made themselves. Adobe could absorb the heat of the sun, then release it slowly so pueblos stayed comfortable both during hot days and on cold desert nights.

Inside a pueblo were living spaces and storage areas, where dried corn was kept. Each family had its own room, which was sparsely furnished with a few baskets, pots, and blankets that served as chairs during the day and beds at night.

Many members of southwestern tribes, such as the Quechan and the Mojave, tattooed their chins with dark lines. A tattoo was made by pricking the skin with a cactus needle and rubbing charcoal into the tiny wounds.