What is an Equinox and What does the Word Equinox Mean in Latin?

Throughout the year, Earth’s axis tilts slightly towards or away from the Sun, so that one hemisphere will have a longer day than the other, depending on which is more inclined towards our star.

But every March and September, Earth reaches a point in its orbit where neither hemisphere is tilted towards the Sun, as it passes directly over the equator. As a result, day and night are virtually the same length, 12 hours, no matter where you are on Earth.

Despite the term equinox, which is Latin for ‘equal night’, day and night are not exactly the same globally. Variations in atmospheric temperature and pressure affect the extent of refraction of sunlight, which causes the Sun to be visible for longer than 12 hours. 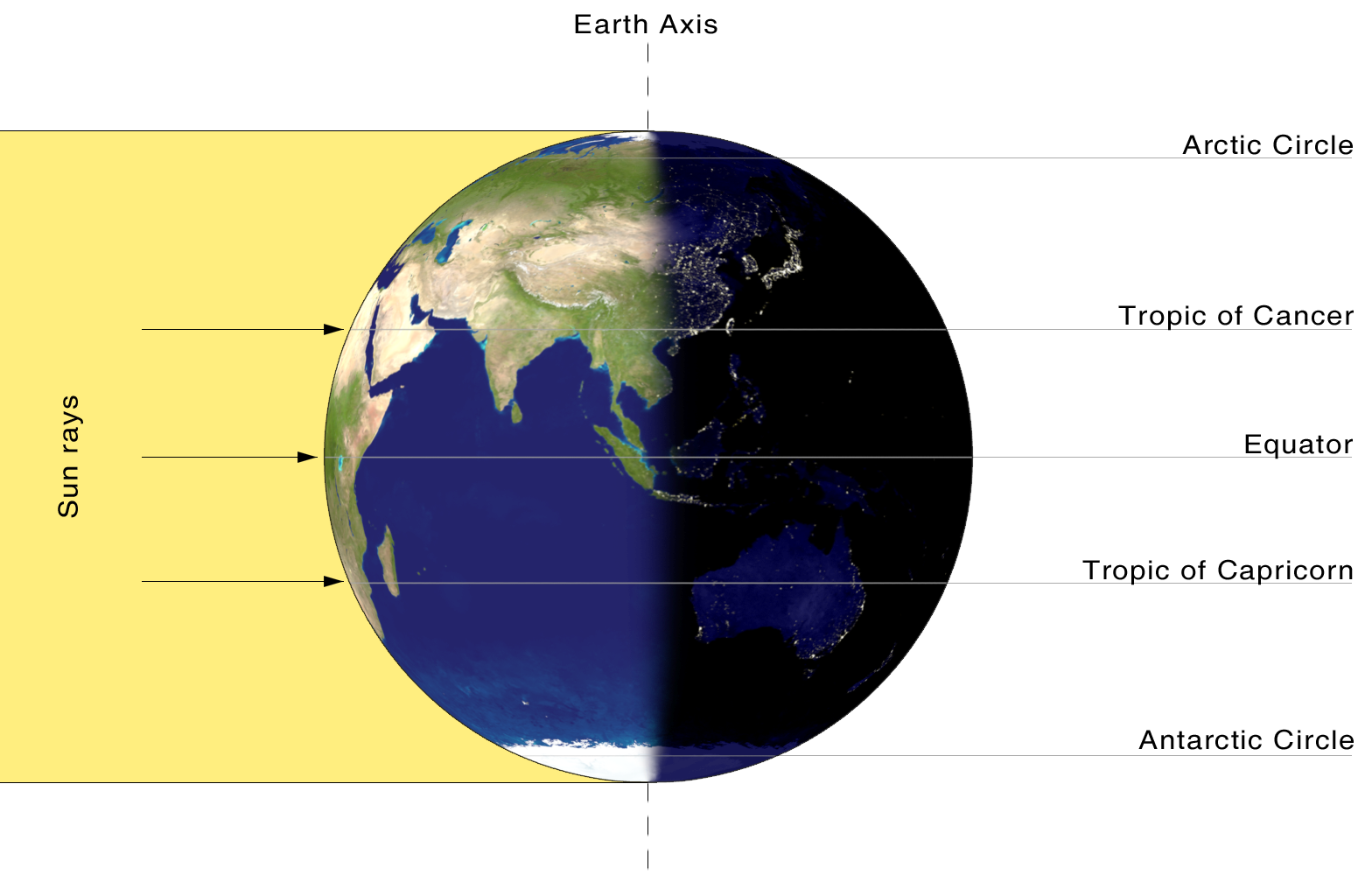 Technically, daytime is also longer as sunrise is the moment the upper edge of the Sun, rather than its geometric center, becomes visible over the horizon. This is also the case for sunset, which is defined as the moment the Sun’s topmost edge disappears below the horizon.