What is Elephantiasis, Is the Disease Contagious, and What Causes the Medical Condition?

Elephantiasis is sometimes mistakenly spelled elephantitis, and it’s not actually a disease but a condition. 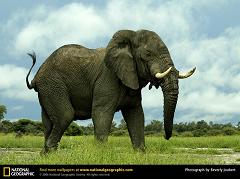 It’s a condition caused by a malfunctioning lymph system.

When the body’s lymph system is taxed or not working correctly, it can’t effectively fight off bacteria.

Sometimes this can lead to swelling in various body parts and a hardening of the skin around these swollen parts. This is where the condition gets its name.

The hardened skin resembles the hide of an elephant, therefore, elephantiasis.

Elephantiasis is most associated with lymphatic filariasis, a disease that’s spread by mosquitoes by way of a parasitic worm that likes hanging out in the lymph glands.

When the little worms start having baby worms, the lymph system shuts down. Besides elephantiasis, these parasites can also cause serious kidney damage that can lead to total failure.

Most cases of lymphatic filariasis and elephantiasis can be found in Africa and parts of Southeast Asia where populations suffer from perpetual mosquito infestations.

The disease can be cured and stopped through a series of community-wide shots, but the shots are costly and time-consuming, because they must be administered annually to be effective.

In 2003 it was suggested that the common antibiotic doxycycline might be effective in treating lymphatic filariasis.

Another Case of Mistaken Identity.