What are the Risks of getting a contagious Disease at the Gym?

We all know it’s healthy to go to the gym regularly, but did you ever wonder what’s in the sweat of the guy who used the exercise machine just before you?

Sure, he wipes off the machine with that towel, but that’s not exactly sterilizing, is it? Are you supposed to touch that stuff, and what happens if you do? Does sweat have germs in it?

No, sweat does not have germs in it. When it comes out of your skin, in fact, it’s sterile and completely odorless. But soon after it emerges, stuff starts to grow in it, and it’s these microscopic organisms that make sweaty people stink. 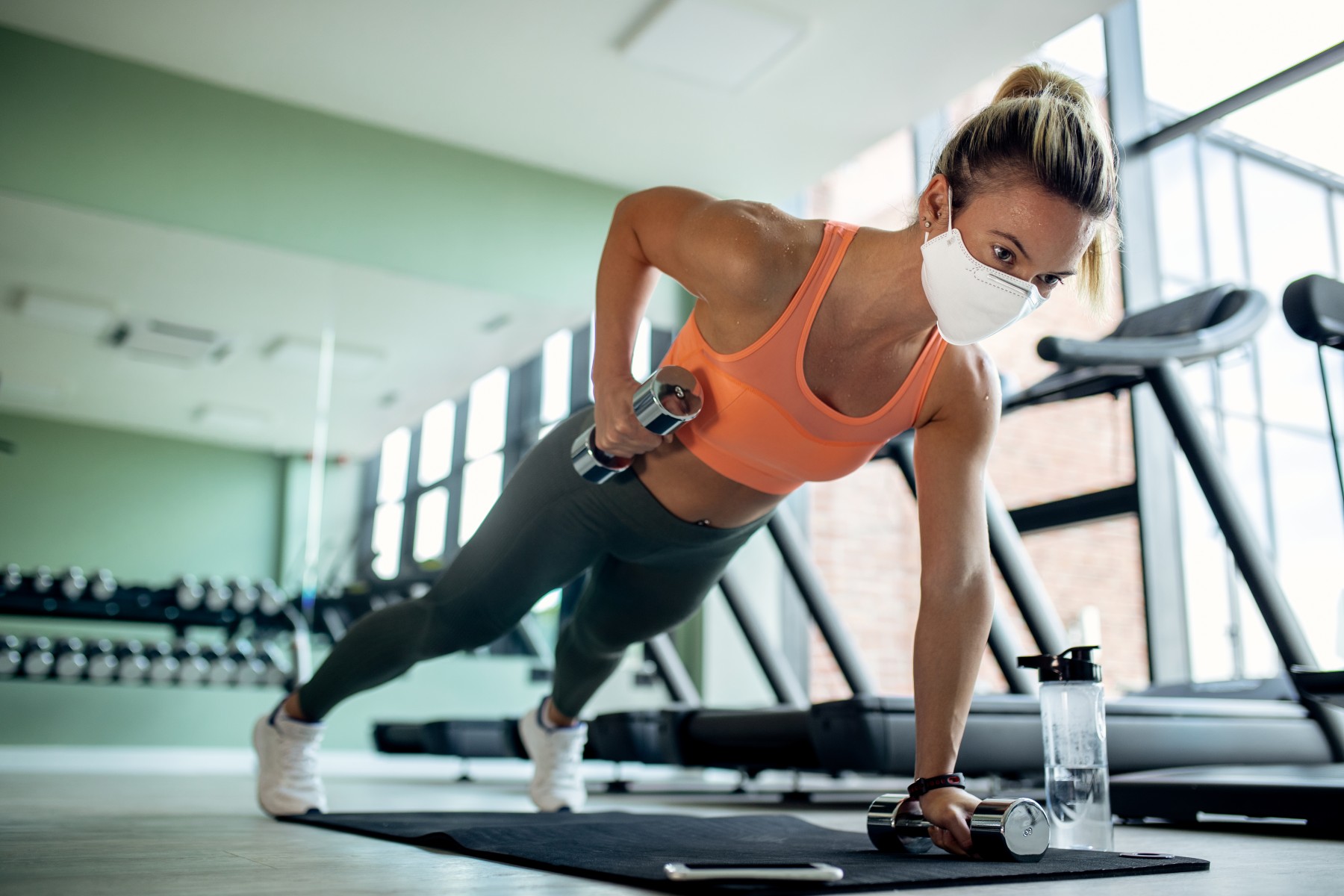 Bacteria and fungi produce enzymes that result in the decomposition of organic matter on the skin, the lipids of the sebum (fatty secretions from certain skin glands) and the protein components of the skin itself. Sweat is one place where these processes can take place, and thus sweating leads to what doctors call bromidrosis, and what the rest of us call b.o. Certain diseases such as diabetes, gout, and scurvy can make sweat smell worse, and so can the ingestion of some foods or medicines.

A wet, warm armpit or a cozy place between the toes is a good place for bacteria, yeasts, and fungi to grow, those places smell bad for good bacterial reasons. Some researchers discovered that the quality of the odor depends on the quantity of bacteria, “pungent” body odor is caused by greater numbers of bacteria than “acid” body odor. The worse you smell, in other words, the more bacteria you’re growing.

In any case, everyone is growing plenty of them, half a million to a million organisms per square centimeter of underarm. And it’s not just any bacteria. Only certain gram-positive bacteria called aerobic diphtheroids cause that distinctive odor. This, of course, leaves quite a few different species that can stink the place up. Some people think men smell worse than women, and they’re probably right, in this same study, men had larger quantities of diphtheroids than women, and propionobacteria were recovered from 70 percent of males, but only 47 percent of females.

Other species of bacteria were found in roughly the same quantity in either sex. The difference in smell was borne out by observation: among 20 males, the ratio of “pungent” to “acidy” was 17 to 3, while only 6 of the 13 women were “pungent.” In case you were wondering, and you almost certainly were not, the scientists didn’t find any difference between the amount of bacteria in the right and left armpits of either right or left-handed volunteers.

Can touching a sweaty piece of exercise equipment transmit disease? Theoretically, yes. If you put your hand in some sweat, and there were bacteria in it, and you then put the same hand in or near your mouth or nose, you could conceivably catch something.

As you know, you can catch something just by shaking hands with another person. But that sterile sweat as it falls off a human body is unlikely to carry much in the way of bacteria, since bacteria take time to multiply to a point where they can transmit illness. People should wipe off exercise equipment when they’re finished with a workout. They might prevent disease transmission, but more important, they will certainly prevent revulsion in the next person who uses the machine.

Whatever tiny health risks there may be in touching another person’s sweat on an exercise machine at the gym, they are far outweighed by the health benefits of vigorously using that machine, sweaty or not.