What is Fat made of and How many Different Types of Fats are there?

A molecule of any fat (a triglyceride) contains three fatty acid molecules attached to a glycerol (glycerin) base. The three fatty acids can be any combination of saturated, monounsaturated, or polyunsaturated. The health consequences of any given fat are purely those of the fatty acids (I’ll call them FA’s from here on) it contains.

But in an unsaturated FA, there are occasional locations where two adjacent carbon atoms have only one hydrogen atom apiece, and the chain looks like this: —CE12—CH=CH—CH2—, etc. The two middle carbon atoms have squandered twice as much of their available bonding power just between themselves, with none left over for grabbing another two hydrogen atoms. That kind of connection between carbon atoms is called a double bond, indicated by =. If there is one such location in a FA molecule, it is said to be monounsaturated; two or more make it a polyunsaturated FA. 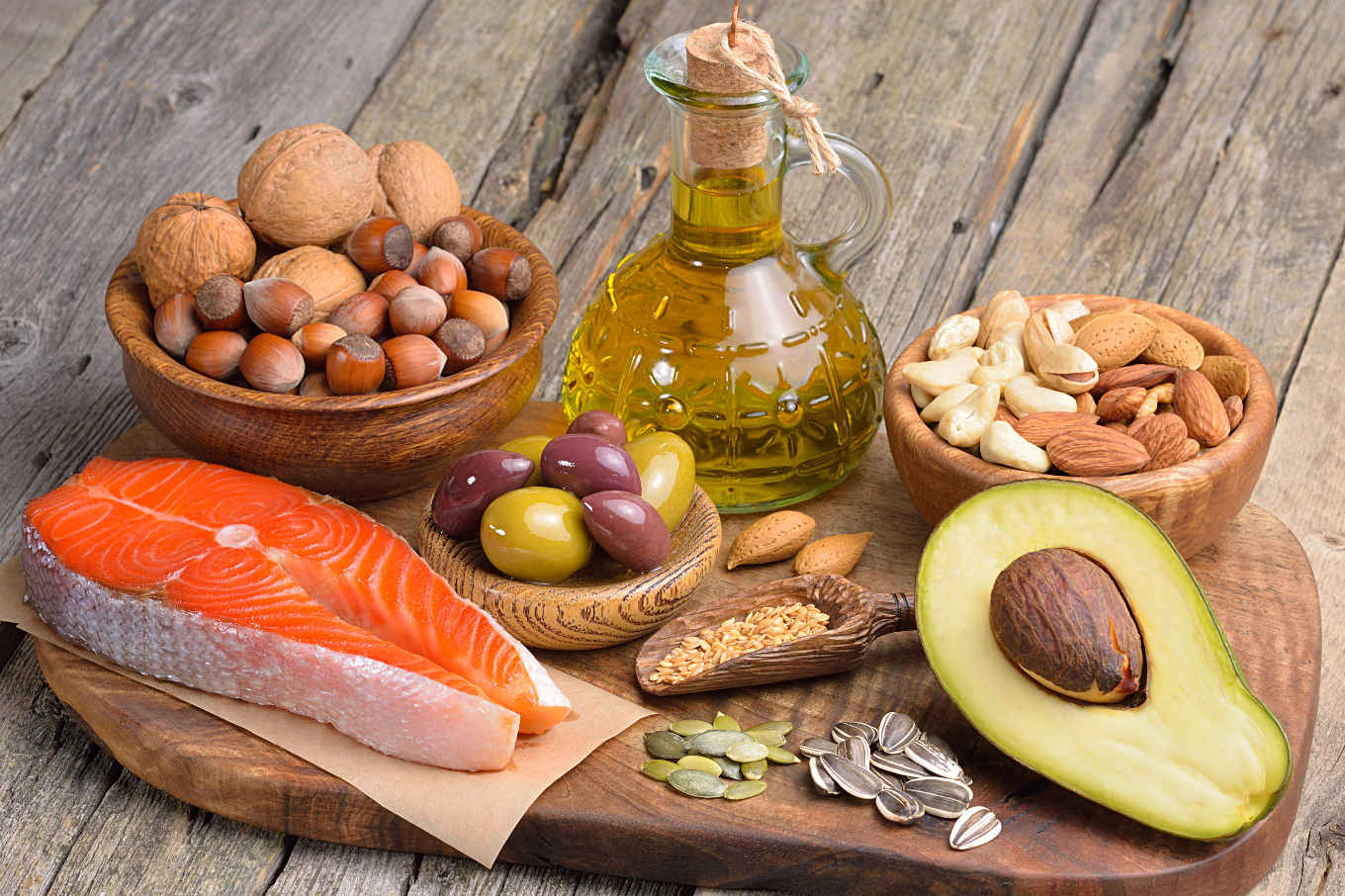 Wherever a double bond occurs in an unsaturated FA, it makes a kink or bend in the otherwise straight chain. Kinky molecules can’t pack together as closely as straight molecules can, so the molecules are looser and an unsaturated fat tends to be a runny liquid rather than a firm, compact solid.

But even more significant than the physical properties of the fat is the fact that in most biological processes the exact shapes of molecules can be enormously important. As we metabolize them, it is primarily their different shapes that make may have been on the same side of the double bond, in a cis configuration, are likely to flip to opposite sides—into a trans con figuration. This hydrogen-atom-flipping can take place ever without double-bond migration, because the trans form is inherently more stable than the cis form.

Cis, pronounce( “sis,” and trans are from the Latin, meaning “on this side” am “across,” respectively.

So what if the hydrogen atoms do switch from the cis to the trans positions? Well, the two different resulting molecules (the two so-called isomers) have the same number of atoms of each kind, but they have different shapes. The cis molecules retain the original kinky shape of a normal unsaturated FA. But the newly formed trans molecules are straighter, more resembling a saturated FA.

And that’s the problem. We all know that saturated FA’s are cholesterol-boosting villains, and so then are the similarly shaped trans FA’s. The body treats them as a type of saturated FA, with all its negative health implications, and more.

Note that trans FA’s still have some double bonds, so they are included as unsaturated FA’s in the Nutrition Facts charts on food labels. By the time you read this, however, the FDA may be requiring the amounts of trans FA’s to be stated separately.