What Is Radio Astronomy?

All objects in space give off light, either their own light, as with a star, or reflected light, as with a planet. When we look through a telescope, we’re looking at light waves that have traveled great distances to reach earth.

But objects in space give off other kinds of radiation in addition to light: heat waves, gamma rays, ultraviolet rays, and radio waves. Radio waves are the longest waves of all and can travel farther through space than any other kind of radiation.

A radio telescope is a telescope that picks up radio waves instead of light waves, and the branch of science that studies these radio waves is called radio astronomy. Scientists can learn a great deal about distant objects from the radio waves these objects produce. 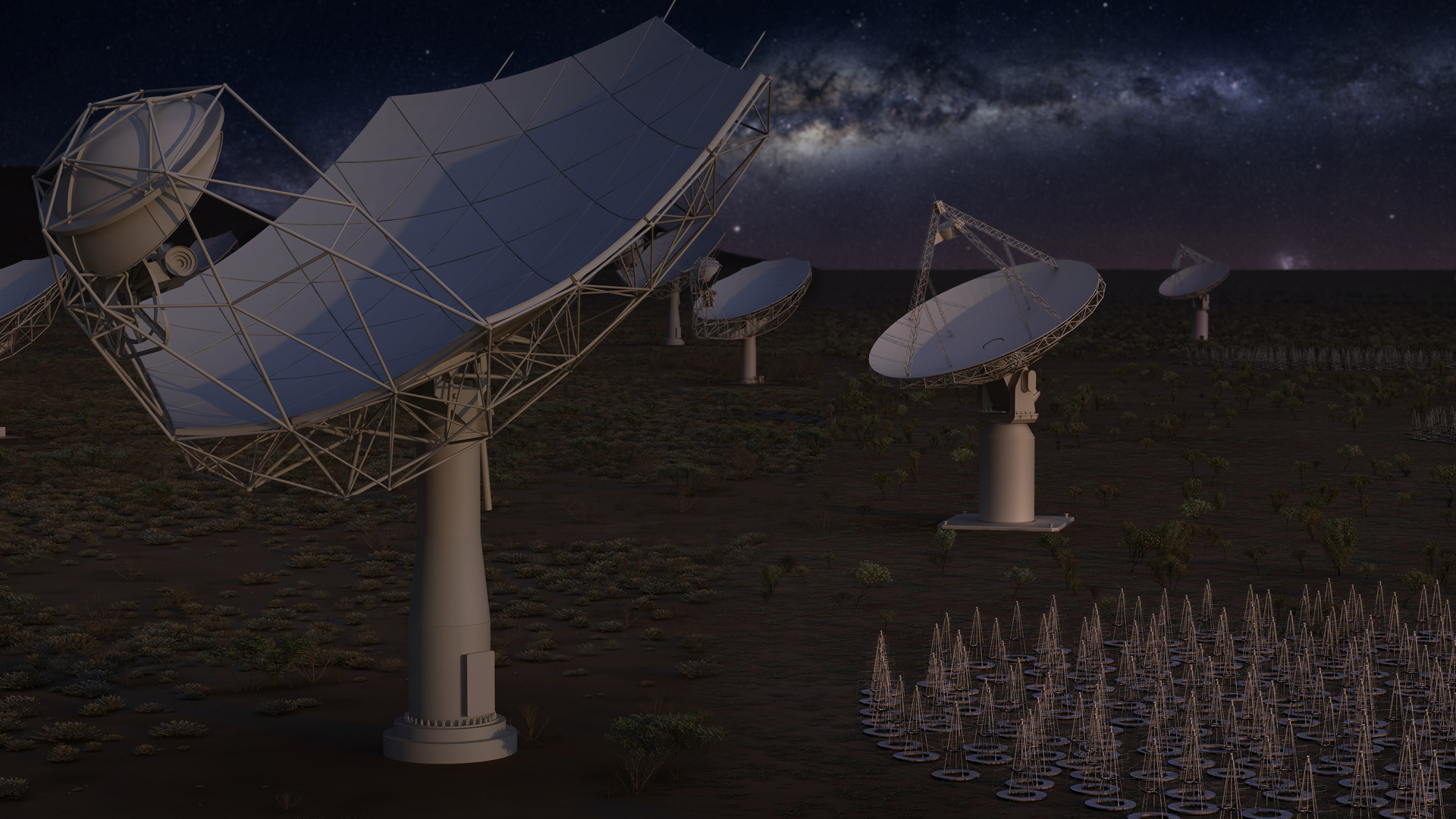 The waves tell scientists how hot or cold an object is and even what the object is made out of. And radio telescopes can “see” things in space that are much too far away, or too dim, to be seen by ordinary telescopes!

The most powerful radio telescopes can pick up radio waves from as far away as 15 billion light-years!