What is the Best Way to Keep Horseradish Fresh ?

It is created when the plant cells are cut apart by the grating, which releases an enzyme called myrosin and a compound called sinigrin. These two chemicals were previously isolated from each other in different parts of the cells, but when released together in the presence of water, they react to form the allyl isothiocyanate.

Once the oil has been produced. it begins to vaporize, releasing its strong vapors into the air. The vapor, however, is not very stable and dissipates after ten or twenty minutes. 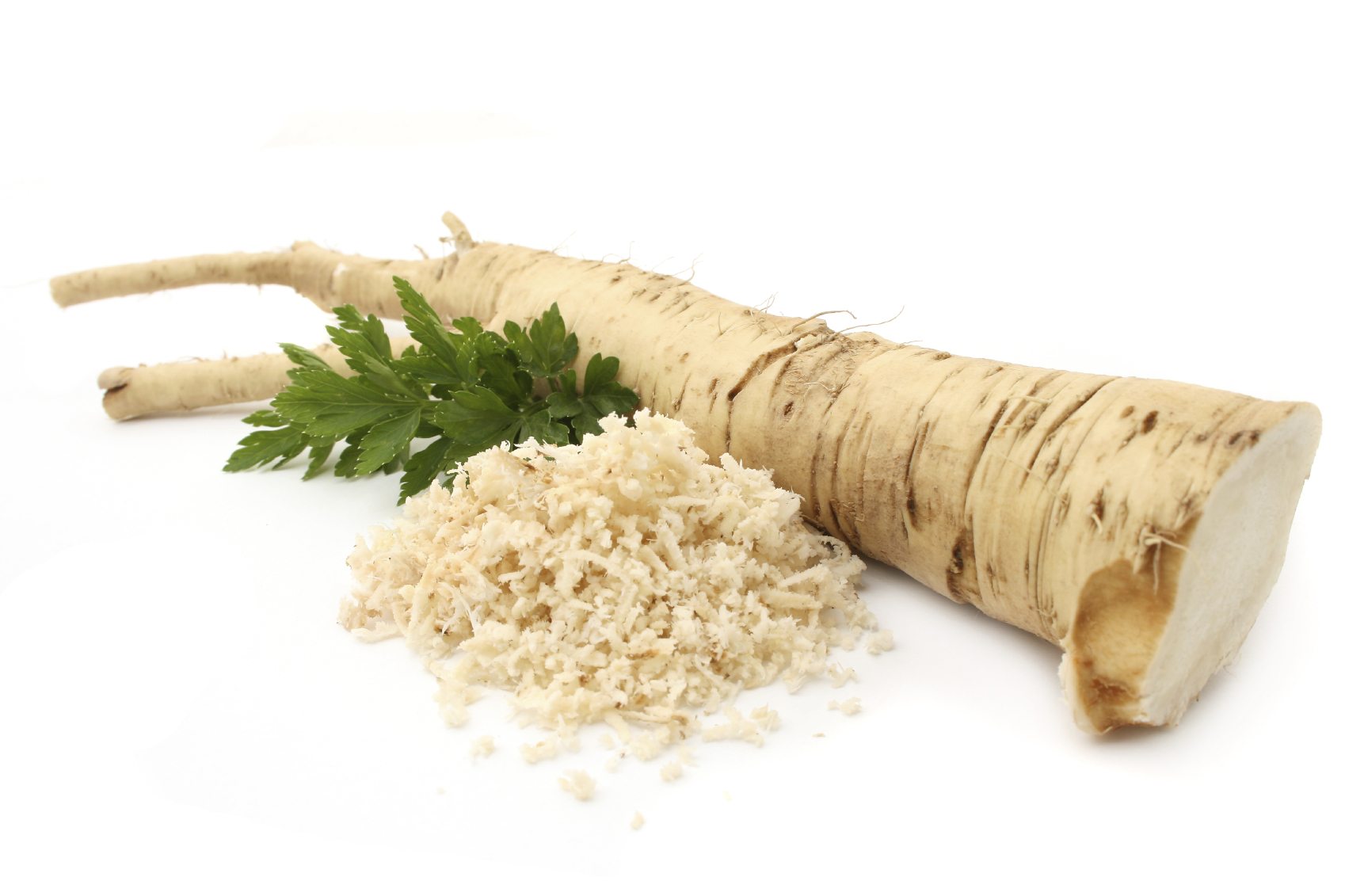 Keep the excess grated material in a tightly sealed jar in the refrigerator, which will contain the vapors and slow down their release. Or try mixing the grated horseradish with chicken fat (technically known as schrnaltz), another Passover staple. When refrigerated, the solidified fatty coating will seal in the pungent vapors.

Better yet, grate the horseradish into enough vinegar to dampen it, as the commercial producers do. The acid inhibits the allyl isothiocyanate -producing reaction by deactivating the myrosin enzyme on the surfaces of the shreds.

Then when you chew the horseradish, you break open more cells, more enzyme is released, and the pungency will be born again, albeit not Christian.