What Is The Biggest Sea Turtle In The World?

The biggest sea turtle in the world is the Leatherback Turtle, which can be found in most of the oceans of the world.

These monsters are sometimes eight feet long and can weigh as much as 1500 pounds. This huge turtle has a smooth, leathery skin to which hard, bony “armor” is attached.

They spend their whole lives in the oceans, except for the yearly trip the females make to a sandy shore on which they lay their eggs. The mother turtles use their flippers to climb high above the reach of the tide, where they dig a hole. 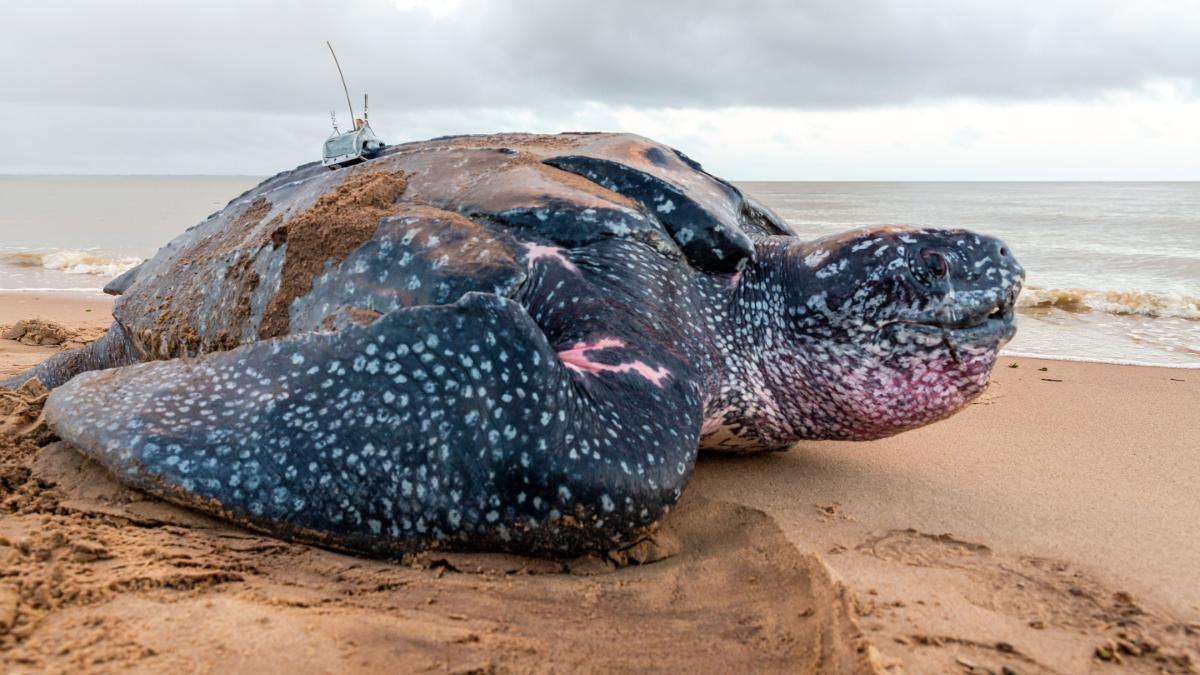 They deposit the eggs in the hole, cover them up with mud, and head back to their home in the sea for another year. When the eggs hatch, the baby turtles race as fast as they can for the safety of the water, hoping to get there before they are gobbled up by some predator looking for an unusually tasty meal.

Like many other giant animals, leatherbacks are not often found in zoos or aquariums. They don’t do well in captivity. They like their freedom too much.