What Is the Difference Between Heat and Temperature?

First of all, we must realize that heat and temperature are two different things. Please repeat after me: Heat is energy, while temperature is just our human way of telling one another how densely concentrated that heat is in an object. Let’s take heat first. 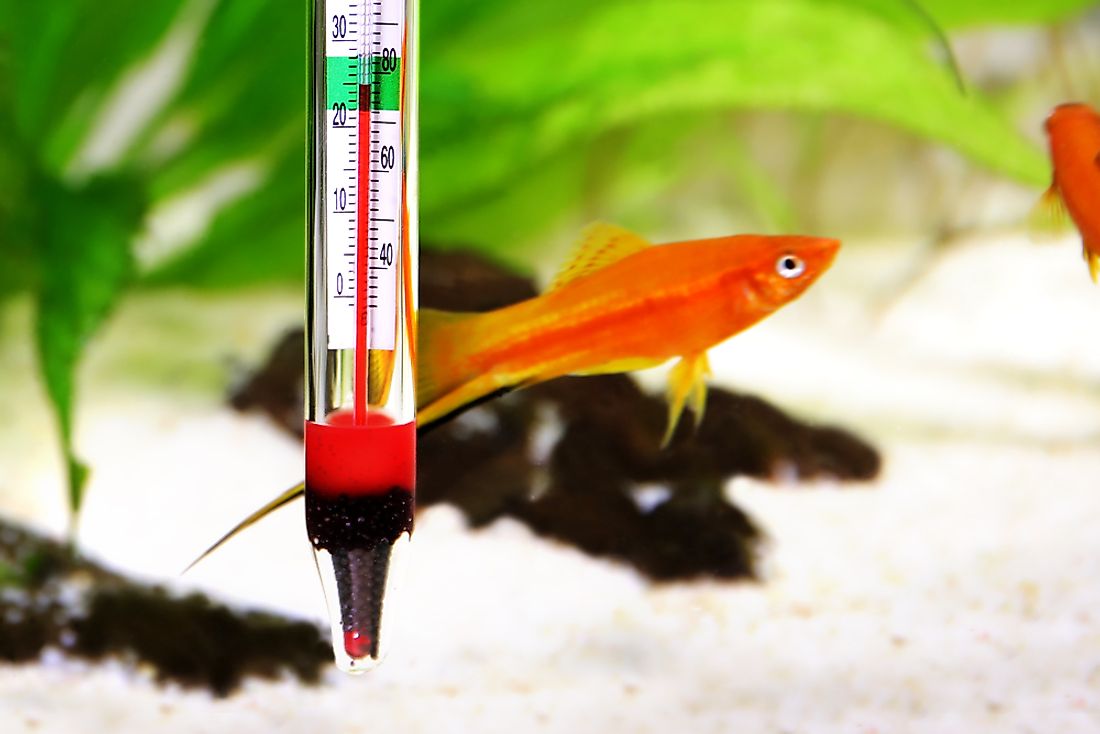 The amount of heat energy an object contains can be counted up in calories, just as if it were a donut. (A calorie is just an amount of energy, right?) But you’ll grant that a big donut contains more calories than a small donut, won’t you? Well, it’s the same with the energy content of any substance. A quart (a liter) of boiling water contains twice as much heat energy as a pint (half a liter) of boiling water, even though they’re both at the same 212degree temperature.

Another example: There’s a lot more heat in a bathtub full of warm water than in a single glassful that you might scoop out of that same bathtub, simply because there are more hot molecules in the tub. In short, the more of a substance you have, the more heat energy it contains.

(Right here, you may wish to take time out to take a crack at the riddle. The answer can be found at the end of this section.)

How can we determine the amount of heat in an object? Taking its temperature won’t do the job, because that doesn’t account for how big the object is. As we discovered in the bathtub, a big object containing lots of heat can be at the same temperature as a smaller object containing much less heat.

Moreover, temperatures, whether expressed as Fahrenheit or Celsius, are nothing but arbitrary numbers invented by those two eponymous gentlemen. They’re merely convenient labels for people to talk about, numbers that everyone has agreed to, as if proclaimed on Mount Sinai: “Whensoever thine ice melteth, it shall be called 32 degrees Fahrenheit or zero degrees Celsius. And whensoever thy water boileth, it shall be called 212 degrees Fahrenheit or 100 degrees Celsius.” These proclamations were made not by the Lord, but by Messrs. Fahrenheit and Celsius.

But the amount of heat that an object contains cannot be subject to humans’ monkeying around with numbers. We need an absolute way of expressing the heat content of things.

The crux of the problem is that on either of our temperature scales, zero temperature does not mean zero content of heat. Zero degrees Celsius, for example, is merely the temperature of melting ice. Does that mean that there can be nothing colder than melting ice? Of course not.

Or look at it this way: How can you use a scale to measure something if its zero doesn’t really mean zero? Picture a yardstick (or meter stick) with “zero inches” (or “zero centimeters”) somewhere in the middle, instead of at the left end. Just think of the crazy measurements you’d get.

So if we’re ever going to be able to measure the amount of heat in an object, or in the air for that matter, we’ll have to have a scale of numbers on which zero actually means no heat at all. And that’s where the Lord really does come in. No, not that Lord. Lord Kelvin, a British nobleman and scientist (1824–1907), whose street moniker was William Thomson.

Now we’re ready to answer your sister’s riddle. If Tucson air contains twice as much heat per cubic yard (or per cubic meter) as Miami air, then what we must double is the absolute temperature of the Miami air.

First converting your 80-degree Fahrenheit temperature into Celsius (for how to do that), we get 27 degrees Celsius. Adding 273 gives us 300 Kelvins, which is now a real measure of the heat content of the air. Doubling it to get twice the heat, we get 600 Kelvins, which converts to 327 Celsius or 621 degrees Fahrenheit as your sister’s offhand estimate of the Tucson temperature! Yeah, we know, Sis: You don’t feel it because the humidity is so low, right?

To win this bet, there’s no need to scribble calculations on a napkin. Just point out politely to your buddies as you pick up the money that the Fahrenheit scale doesn’t read zero when there’s a complete lack of heat; there’s an awful lot of unaccounted-for heat below zero. Thus, the number “70” doesn’t account for all the heat, and doubling it won’t get you anywhere near twice the amount of heat.