What is the Difference Between Sea Salt and Regular Table Salt?

Is sea salt healthier than ordinary salt? Baloney. The sea salt that’s sold in supermarkets and health food stores is no richer in minerals, no less refined, and no different in flavor from ordinary table salt.

But you’ll pay anywhere from four to twenty times as much for it. And it may not even come from the sea because manufacturers don’t have to specify their sources and according to industry insiders, fibbing does occur. In the case of kosher salt, a rabbi is present to keep them honest.

Sea salt has long been the darling of natural-food faddists, who seem to require no evidence whatsoever before adopting the latest fervent conviction. But in recent years, otherwise reputable cookbooks and food magazines have become peppered, so to speak, with paeans of praise to the salt of the sea. 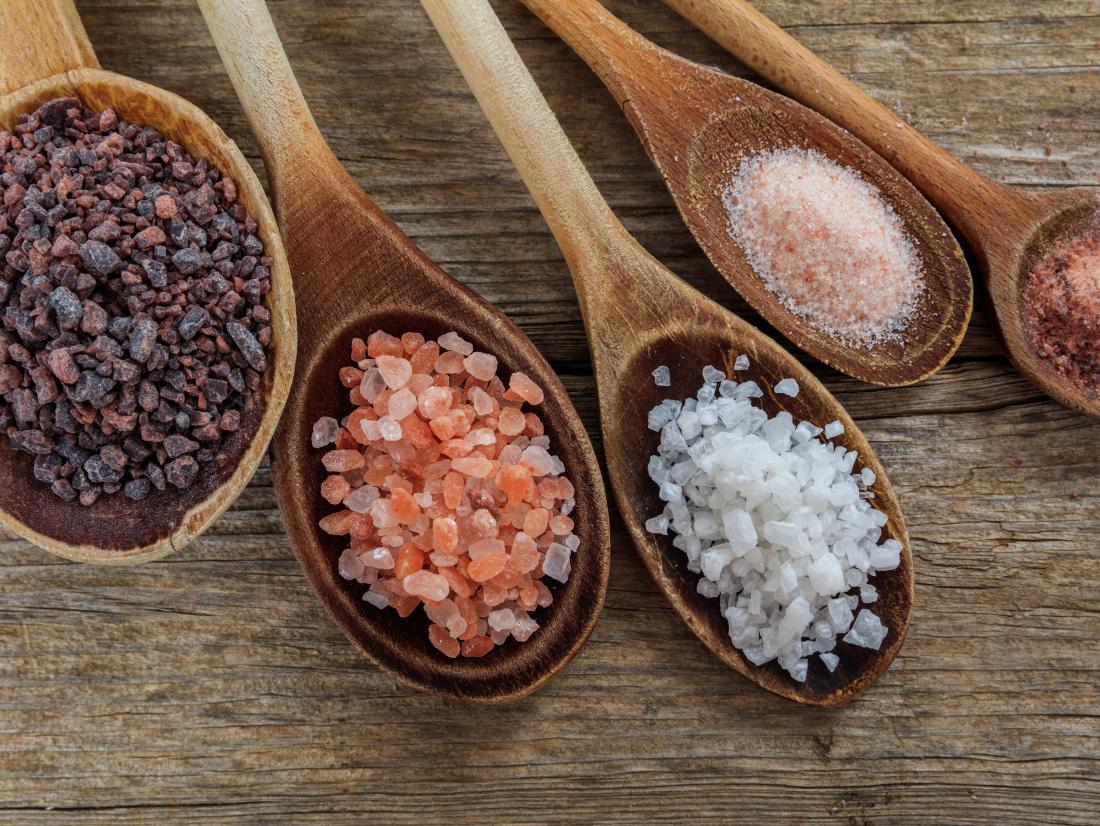 When professional food writers begin to climb aboard a fundamentally shaky bandwagon, it is time to stop the parade. What we’re seeing is a classic case of the emperor’s new clothes. Admit that you can’t tell the difference between sea salt and ordinary salt, and you’re confessing that your palate is not only insensitive, but politically incorrect.

Land salt, or rock salt, is mined from huge underground deposits that were formed millions of years ago when climate changes dried up large bodies of salt water. All of our salt, therefore, comes from a sea, either ancient or contemporary. But does today’s ocean salt contain more minerals than mined salt? Yes, it does, if by “ocean salt” you mean the sticky, gray solids that are left behind when you evaporate every bit of water from a bucket of ocean. We’ll call this crude material ocean solids.

Only about 78 percent of ocean solids is sodium chloride, or common salt; 99 percent of the rest is magnesium and calcium compounds. Beyond that, there are at least seventy-five other chemical elements in very tiny amounts. To get the amount of iron in a single grape, for example, you’d have to eat a quarter of a pound of ocean solids, two pounds to get the amount of phosphorus in that grape. Considering the half-ounce or so of salt that an American eats per day, ocean solids are about as valuable nutritionally as sand.

But even if it really does come from the sea, the stuff they’re selling in your health food store isn’t even crude ocean solids. It has been refined every bit as thoroughly as land salt has, because federal standards require that all salt sold for table use must be at least 97.5 percent sodium chloride. In practice, it’s usually closer to 99 percent. One exception is a brand of sea salt imported from France, which nevertheless still has a mineral content well below that of crude ocean solids.

At a typical sea salt plant, the sun is allowed to evaporate most of the water. The solids that crystallize out, called solar salt, are separated from the remaining liquid, called the bitterns. Now, whenever a chemical compound crystallizes out of a liquid, it leaves almost all impurities behind.

Chemists use crystallization as a deliberate purification process. The bitterns that remain behind therefore retain virtually all of the calcium, magnesium, and other “precious mineral nutrients,” as the sea salt labels like to call them. In Japan, the bitterns often find their way to the table as a unique bitter condiment called nigari, but in the United States they’re either discarded or sold to the chemical industry, where the minerals are extracted and put to various uses.

But that’s not all. Next, the sea salt is washed, which removes even more calcium and magnesium because their chlorides are more soluble in water than sodium chloride is. And finally, adding insult to purity, the salt may be kiln dried using heat from, guess what?, burning coal or oil. So much for the environmental innocence of sea salt.

The product that ends up in the stores contains only about one-tenth the minerals of the original ocean solids. To get that single grape’s worth of phosphorus, you’ll now have to eat about twenty pounds of this stuff.

And then there’s the virtually unshakable belief that sea salt is rich in iodine, “the aroma of the sea.” More baloney. Certain seaweeds are indeed quite rich in iodine, but only because they concentrate it out of the water, much as mollusks extract calcium for shell-building. The seaweed story has been so widely touted that many people believe that the ocean is one big kettle of iodine. But ounce for ounce, even as unlikely a source as butter contains about twenty-four times as much iodine as the crude ocean solids.

Iodized table salt, whether originally from land or sea, contains about sixty-five times as much, deliberately added at the packaging plant.

Flavor? Another fairy tale. To listen to various food gurus, sea salt tastes saltier, sharper, more delicate, more bitter, and less chemical (whatever that means) than regular table salt. The only claims that are based on a grain of truth are the ones about bitterness and saltiness. The rest are pure hokum.

Oddly enough, however, the saltiness of various salts is worth discussing, even though they’re all virtually pure sodium chloride. That’s because different products can have different grain shapes and sizes, depending on how they were crystallized from the brine during the refining process. They range from cubes to pyramids to irregular flakes.

The most common mined table salt is in the form of tiny cubes, whereas many sea salt products, but by no means all, tend to be flaky. Because flakes dissolve faster than cubes, they may give you a quicker rush of saltiness when you put some on your tongue. A person who is taste-testing a flaky sea salt against a granulated land salt might attribute the slightly saltier effect to the sea, rather than to the flakiness.

Taste-testing salt is pointless anyway, no matter how carefully you do it, because people do not eat salt by putting it directly on their tongues. They add it to their food, either during cooking or at the table. In either case, the instant the salt hits wet food, it dissolves, and any conceivable effects of grain shape disappear. Moreover, when a teaspoon or so of salt is thrown into a pot of stew, any purported flavor differences would be so watered down as to be undetectable.

When you season with salt in cooking or at the table, then, it makes absolutely no difference what kind of salt you use. The next time you hear an expert pontificating about the virtues of sea salt, take it with a grain of you-know-what. Preferably, ordinary granulated you-know-what. It’s a heck of a lot cheaper.