Why Is Kosher Salt Better Than Regular Table Salt?

Kosher salt is misnamed; it should be called koshering salt because it is used in the koshering process, which involves blanketing raw meat or poultry with salt to purify it.

Kosher salt may be either mined or taken from the sea; nobody seems to care. Its crystals, however, must always be coarse and irregular, so they will cling to the surface of the meat during koshering. Ordinary granulated table salt would fall right off. Besides the rabbinical supervision of its manufacture, its crystal size is the only distinction between kosher salt and other salts.

Because of its coarseness, kosher salt is better used by the pinch, rather than by the shake. Pinching lets you see and feel exactly how much you’re using. That’s why most chefs use kosher salt. I keep it ever handy in a small ramekin, not only in the kitchen but on the table. I use my shaker mainly for sprinkling salt on the tails of birds. 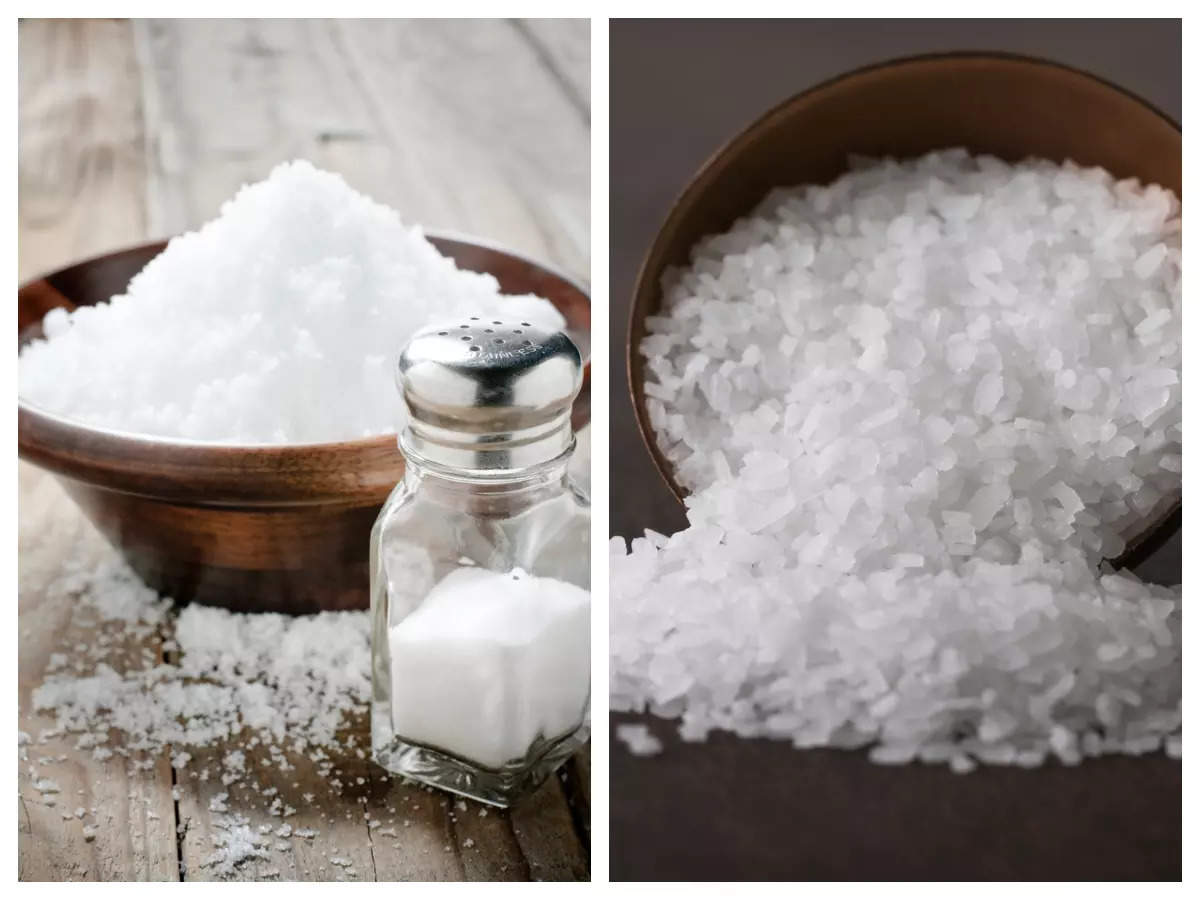 There really is a difference, however, in the amount of kosher salt to use in cooking. When a recipe specifies simply “salt,” it almost always means granulated table salt: salt that consists of crystals tiny enough to fit through the holes in a saltshaker. But kosher salts, having bigger, irregularly shaped grains, don’t settle down into a teaspoon measure as compactly as table salt does.

So a teaspoonful of kosher salt will contain less actual sodium chloride and you must therefore use a larger volume of it to get the same degree of saltiness. That’s what’s behind the “less sodium” myth; if you use the same number of teaspoonfuls, you are, of course, getting less salt, and hence less sodium, than in granulated salt.

It is often said that kosher salt contains no additives. And indeed, because its crystals aren’t tiny cubes like shaker salt’s, they don’t tend to stick together and don’t generally need shaker salt’s anti-caking additives. But read the labels. Diamond Crystal Kosher Salt has no additives, but Morton’s Coarse Kosher Salt does contain a tiny amount, limited by the FDA to less than thirteen ten thousandths of 1 percent, of the anti-caking agent sodium ferrocyanide.

Ferro-what? Relax. Even though ferrocyanide is a totally different chemical from poisonous cyanide, the labels play it safe by listing it by its less alarming name, yellow prussate of soda.

Any salt, whether from mine or sea and whether kosher or secular, may be iodized. A maximum of one-hundredth of 1 percent of potassium iodide is added as protection against the iodine deficiency disease goiter. Iodized salt does require a special additive, however, because potassium iodide is somewhat unstable and in a warm, humid or acidic environment will decompose, its iodine content wafting off into the air. (Techspeak: The iodide is oxidized to free iodine.) To prevent this, a tiny amount, four-hundredths of 1 percent, of dextrose is often added.

Sugar in salt? Yes. Dextrose is what is known as a reducing sugar, and it prevents oxidation of the iodide to free iodine. But at the high temperatures used in baking, some of the iodide can nevertheless be oxidized to iodine, which has an acrid flavor.

Many bakers therefore won’t use iodized salt in their doughs and batters.