What is the Difference between Soft Water and Hard Water?

Rather than insulting everyone by pointing out why sheets will not be any softer if washed with soft water, I might gently state that hard and soft water are not called that because of their relative rigidities.

Nor is it because you make hard boiled eggs with one and soft-boiled eggs with the other. The choice of “hard” and “soft” as sobriquets for these waters was unfortunate; they would better have been called “difficult” and “cooperative”, with respect to soap.

Hard water is water that has been around the block. It first fell through the air as rain and then frolicked and percolated over, around, and through the rocks and rills before being apprehended, detained, and exploited by humans. In its peregrinations, it inevitably picked up carbon dioxide from the air, which made it acid: carbonic acid. 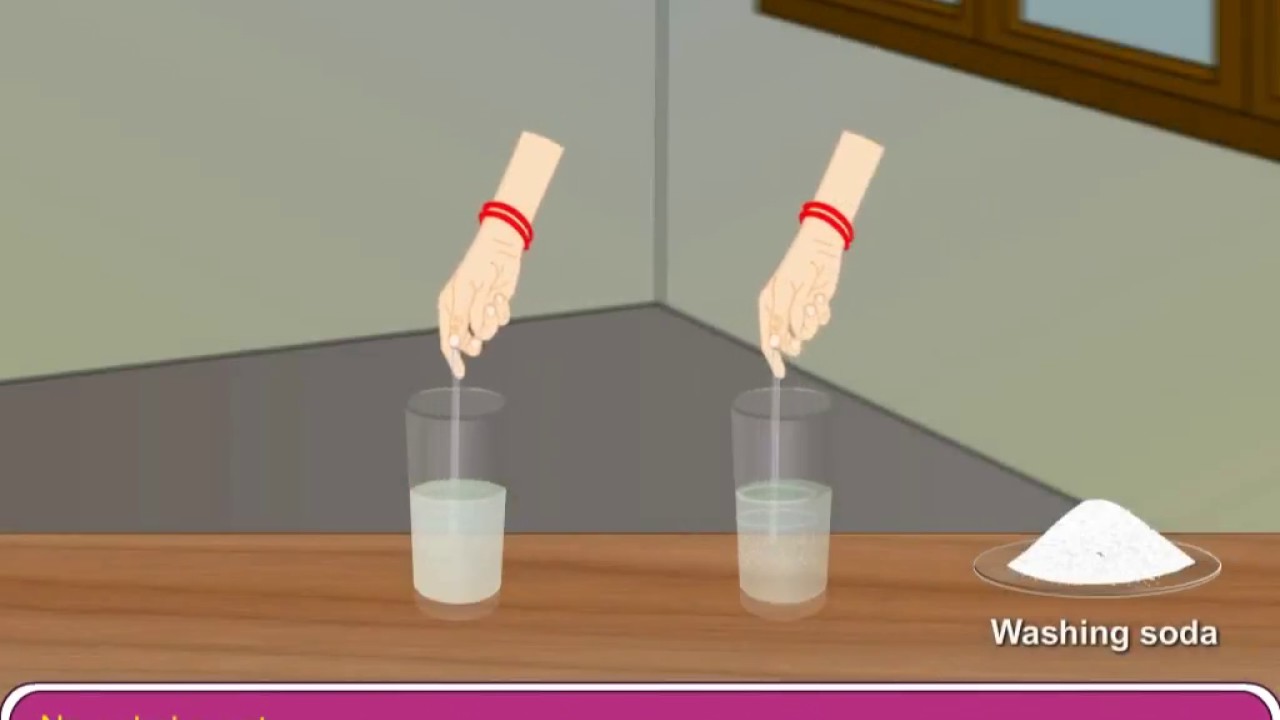 This acid can dissolve small amounts of calcium-and magnesium-bearing rocks such as limestone (calcium carbonate) and dolomite (mixed calcium and magnesium carbonates). It can also dissolve certain iron-bearing minerals slightly. As a result, the water can wind up containing dissolved minerals such as calcium, magnesium, and iron.

It is considered “hard” because it is hard for soap to do its job properly in water that contains these minerals. Soap consists of long molecules that have an oil-loving end and a water-loving end. It does its cleaning job primarily by joining oil and water together.

The trouble is that calcium, magnesium, and iron react with the water-loving ends of the molecules to form insoluble, white waxy curds that effectively remove the soap from the water and prevent it from doing its job. These curds are evident as “soap scum” or, in their most infamous guise, “bathtub ring.” (Contrary to folklore, the latter is more a sign of the hardness of the water than of the hygienic habits of the bather.)

Incidentally, here is our candidate for the most disquieting thought of the week: You have probably eaten soap scum in certain candies. One common form of soap scum goes by the chemical name of magnesium stearate; the stearate part comes from the soap, while the magnesium part comes from the hard water. Magnesium stearate is a soft, smooth, waxy substance. That’s what makes it stick to the bathtub, all right, but that’s also why it imparts a creamy texture to soft mints and other “suckable” candies—a soapy texture, if we may be so bold. If you see magnesium stearate listed among the ingredients of your candy, be assured that it is the pure chemical compound, manufactured from sources quite different from bathtub scrapings.

But back to the hard water. We can do two things about soap’s inability to perform its job well in hard water: We can soften the water or we can lose the soap and use a synthetic detergent instead.

Water-softening tactics are based upon removing the offending minerals or rendering them ineffective. Many home water-softening units remove the minerals by ion exhange. Ion exchangers replace the calcium et al. with sodium, which is innocuous because it is already a part of the soap molecule.

In what seems like ancient times, about fifty years ago, hard water was combatted by adding washing soda (sodium carbonate) to the laundry tub. This chemical re-forms the original, insoluble calcium and magnesium carbonates, essentially, the original rock, thereby removing them before they can gum up the soap.

These days, however, practically nobody uses soap for laundry. The acres of washday products on the supermarket shelves are all synthetic detergents (and are all essentially identical, except for the hype). Like soap, they have oil-loving and water loving ends on their molecules, but they simply refuse to react with calcium and magnesium. For good measure, they usually contain water-softening chemicals such as phosphates and, guess what, washing soda.

Hard water is still a villain, however, because it can clog up water pipes and boilers. When hard water is boiled, the dissolved calcium and magnesium fall back out of the water as limestone and dolomite. This born-again rock, called boiler scale, can form a tenacious coating on the insides of boilers, water heaters, and pipes, clogging them up like the arteries of a Viennese pastry chef.

If your water supply is hard, shine a flashlight inside your dry tea kettle and you’ll see the boiler scale as a white coating on the surface. If it bothers you, boil some vinegar, an acid, in the kettle to dissolve it.

Shake up a few shavings of bar soap or a few flakes of Ivory Snow (which is real soap) with some distilled water in a jar. You’ll get a beautiful, thick head of suds, indicating that the soap is doing its job. (Distilled water is pure and free of minerals; you can find it in many supermarkets and drugstores.)

Next, if you live in a hard-water area, add some tap water and shake again. (If your water supply is soft, you can simulate hard water by adding a little milk instead.)

The calcium in the hard water (or milk) will kill the suds flat. You may even see some soap scum in the form of floating white curds.