When a Candle Burns, Where Does the Wax Go?

Except for what drips all over your tablecloth, burning candle wax goes to the same place that gasoline and oil go when they burn: into the air. But in a chemically altered form.

Candles are usually made of paraffin, which is a mixture of hydrocarbons, substances that we find in petroleum. As the name implies, hydrocarbon molecules contain nothing but hydrogen atoms and carbon atoms.

When they burn, they react with oxygen in the air. The carbon and oxygen become carbon dioxide, while the hydrogen and oxygen become water. (But not necessarily completely) Both of these products are gases at the temperature of the flame, and they just go off into the air. 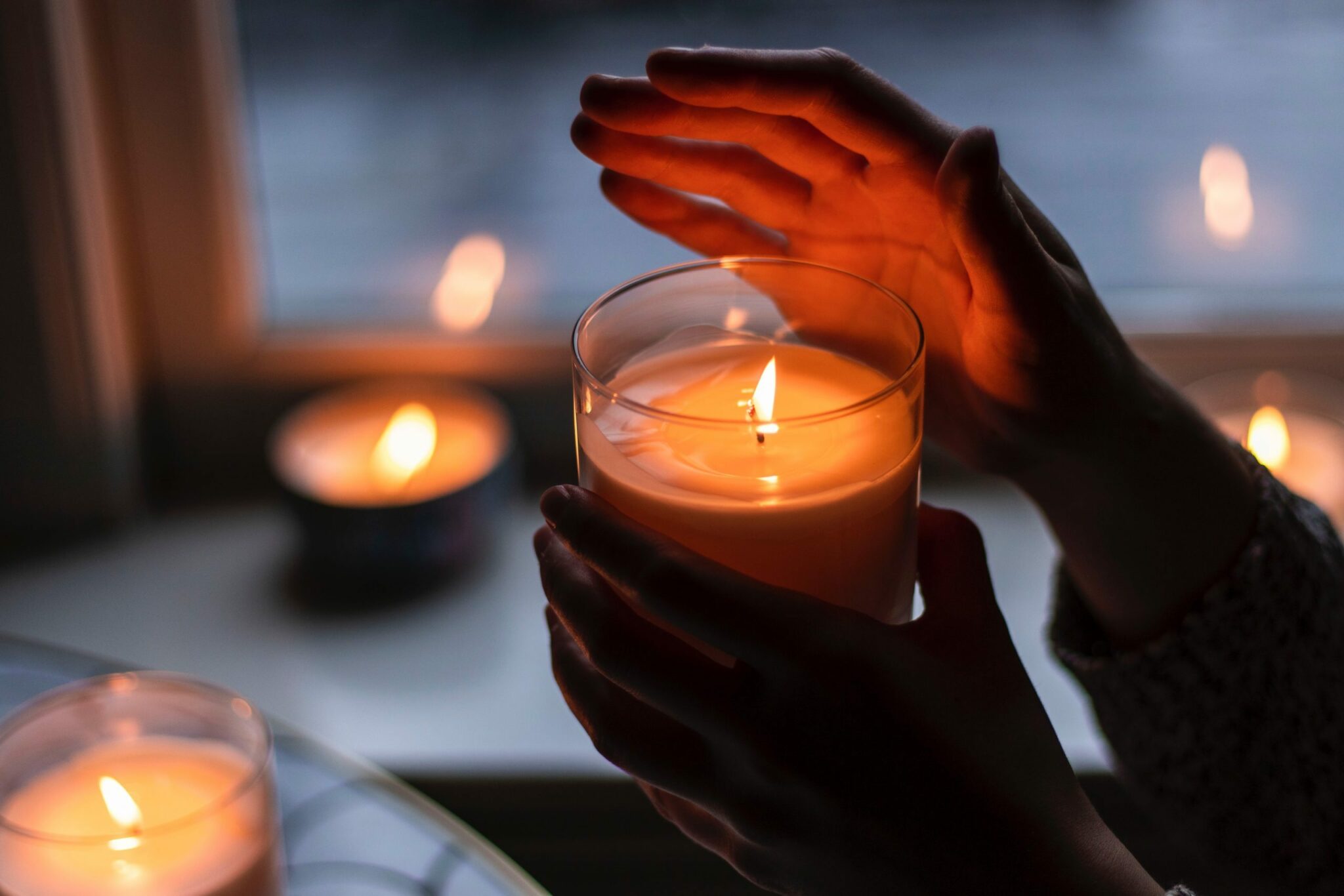 We burn many other hydrocarbons: methane in natural gas, propane in gas grills and torches, butane in cigarette lighters, kerosene in lamps, and gasoline in cars. They all burn to form carbon dioxide and water vapor, and seem to disappear in the process. Paper, wood, and coal contain additional mineral and plant materials that don’t burn, so besides producing carbon dioxide and water they leave an ash.

When there isn’t quite enough oxygen available to make a full complement of carbon dioxide, as in an automobile engine, we get some carbon monoxide also; If you find it hard to believe that flames produce water, try this:

Put some ice cubes in a small, thin aluminum saucepan, let it get cold, and hold it just over the flame of a candle or a butane cigarette lighter. After a while, check the bottom of the pan and you’ll see that water vapor from the flame has condensed there into liquid water.