What Is the Difference Between Tartar Sauce, Cream of Tartar, and Steak Tartare?

The words tartar and tartare come to us from two different directions.

“Tartar” or “Tatar” was the Persian name for Genghis Khan’s horde of Mongols who stormed through Asia and Eastern Europe in the Middle Ages. The Tartars were viewed by Europeans as being, shall we say, culturally challenged, or at the very least politically incorrect, inasmuch as they wore the whole skins of animals and often ate their meat raw.

One of our contemporary, semi-barbaric delicacies was therefore given the name steak tartare: ground or minced raw beefsteak mixed with chopped raw onion, raw egg yolk, and salt and pepper, with ad lib touches of Tabasco, Worcestershire, Dijon mustard, anchovies and capers. (James Beard ventured to civilize his with cognac.) 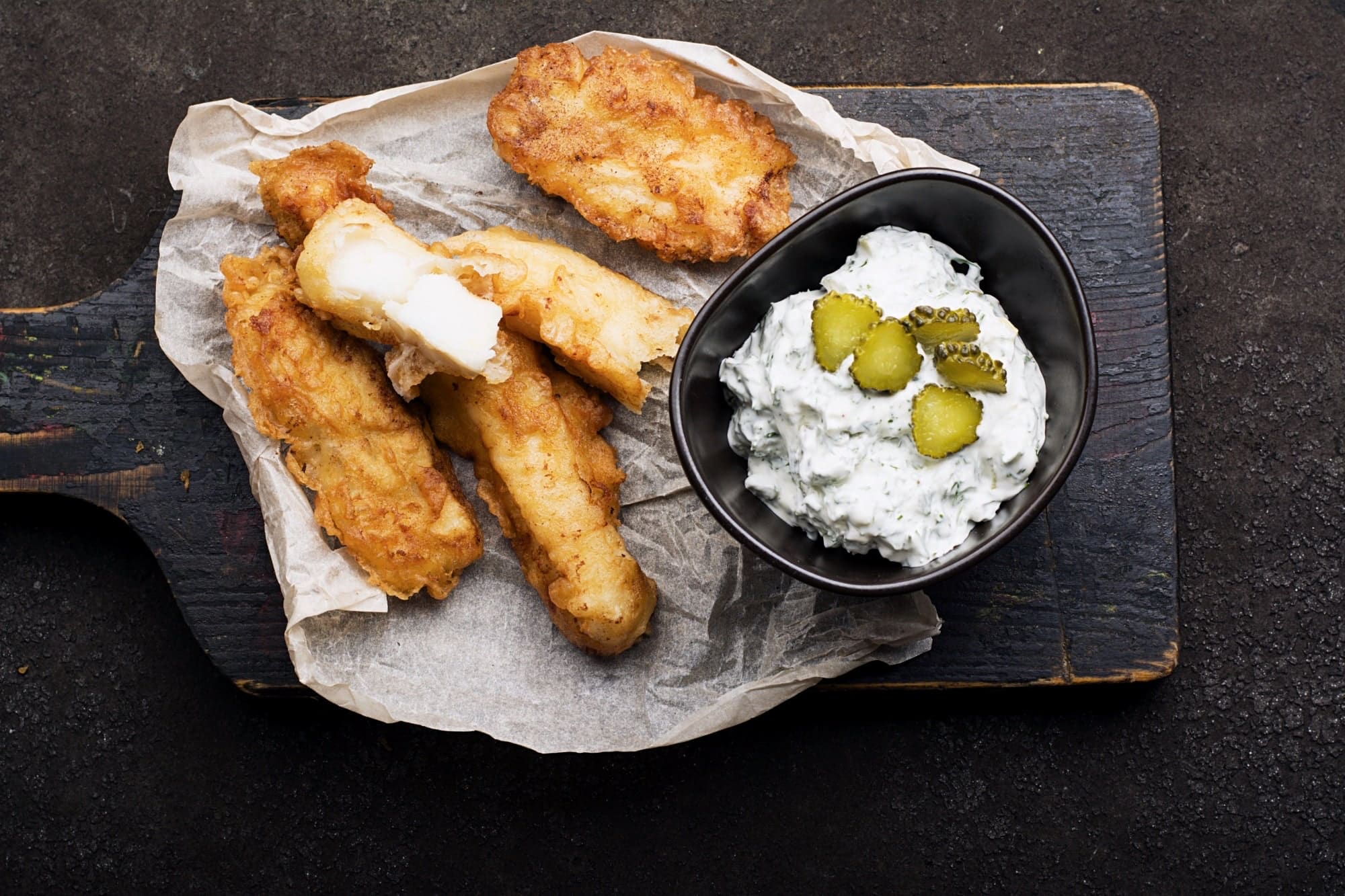 Tartar sauce is mayonnaise with chopped pickles, olives, chives, capers, and such mixed in. It is traditionally served with fried fish. Classic tartar sauce may contain vinegar, white wine, mustard, and herbs, so it may have been dubbed “tartar” because of its potency and pungency. In fact, the French refer to a variety of highly seasoned dishes as à la tartare. The Tartars apparently take the rap for almost anything that’s raw, pungent, or crude.

The “tartar” in cream of tartar is quite another story. It comes to us via old Latin from the Arabic durd, meaning the dregs or sediment that form in a cask of fermenting wine.

The tartar that forms in wine casks comes from the tartaric acid present in grape juice. Tartaric acid is what gives wine about half of its total acidity.

Malic acid and citric acid contribute most of the rest. The salt called tartar was known long before its parent acid was discovered, and when tartaric acid was ultimately nailed down by chemists they named it after the tartar in the wine casks. It’s a case of the parent chemical being named after its offspring.

The most common use for cream of tartar in the kitchen is for stabilizing beaten egg whites. It accomplishes this trick because it is somewhat acidic, even though it is a salt. (Techspeak: It lowers the pH of the mixture.)

A stable egg-white foam depends on the coagulation of its several kinds of proteins, among which the best foam producers are known as globulins. The right acid conditions make the globulin proteins lose their mutually repulsive electric charges, thus making it easier for them to coagulate in the bubbles’ walls and make them stronger, like balloons made of stronger rubber.

Quite a few books mistakenly state that cream of tartar is tartaric acid instead of its salt, potassium hydrogen tartrate. That’s an easy error to make because, as I’ve said, cream of tartar is slightly acid even though it is a salt.