What Is the Easiest Best Way To Open Live Clams?

Almost as much human resourcefulness has been expended on shucking clams as on opening childproof medicine bottles, but with far more injuries.

People have seriously recommended everything from hammers, files, and hacksaws to execution in the microwave chamber. But brute force is entirely unnecessary, and microwave heat can seriously compromise their flavor.

To open clams the easy way, put them in the freezer for 20 to 30 minutes, depending on their size; you want to get them very cold but not frozen. In this anesthetized condition, they can’t hold on to their shells very tightly. 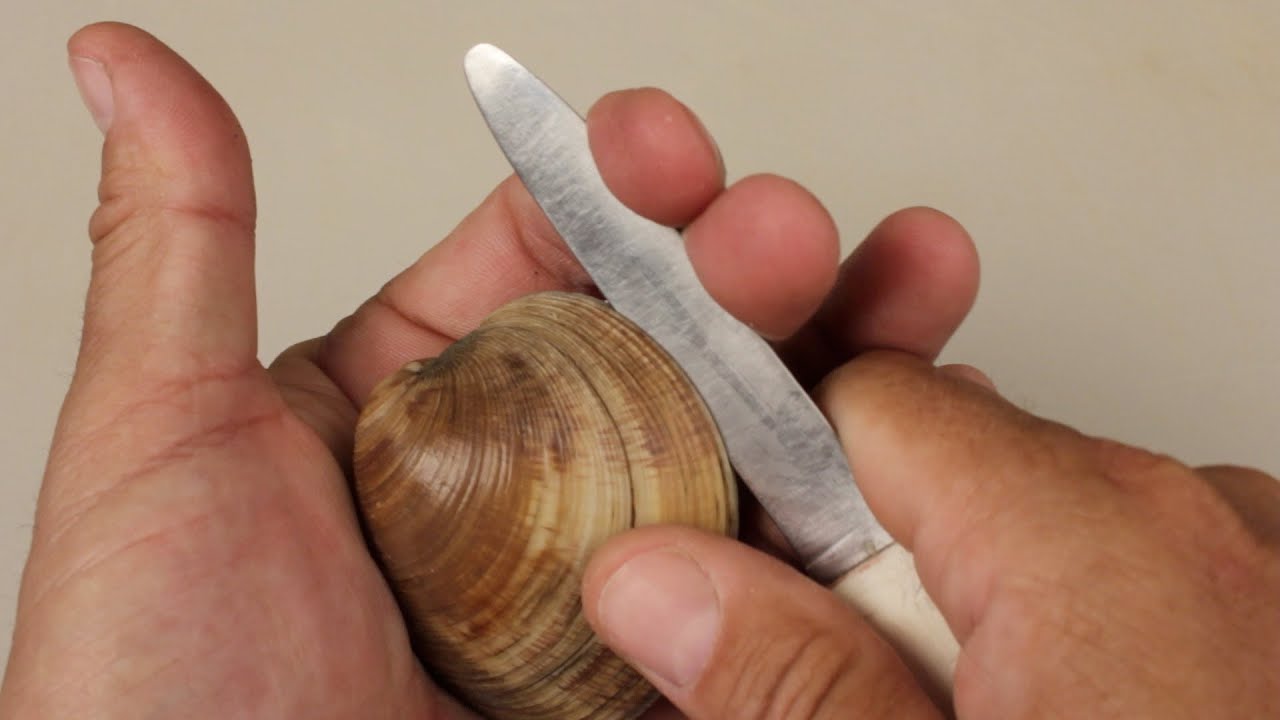 Then, nestling the clam in a towel-protected hand, you press a flat, rounded clam knife, not a pointed oyster knife, between the shells at the slight indentation near the more pointed of the two ends. That’s where the clam sticks out its siphons.

Sliding the knife against the inner surface of one shell, you cut the two shell-holding muscles (Techspeak: the adductor muscles), twist the shell off at the hinge and discard it. Then you detach the muscles in the same way from the remaining shell, leaving the clam in it.

Add a dollop of half-and-half horseradish and chili sauce and maybe a dash of Tabasco or a spritz of lemon, and slide it into your mouth.