Do Live Clams Need To Be Cleaned Before Cooking and Eating Them?

They should be, but they really don’t have to be. That step is often skipped.

As they arrive from the ocean or the fish market, live clams generally need to be purged. When they were snatched from their snug little beds in the sand, they pulled in their siphons and clamped their shells together tightly, possibly trapping some sand and whatever other jetsam happened to be in the vicinity.

Moreover, the clam has an alimentary canal akin to the vein in a shrimp. Although it won’t hurt you, it may be a bit gritty and isn’t the prettiest thing to eat. Best to clean it out. 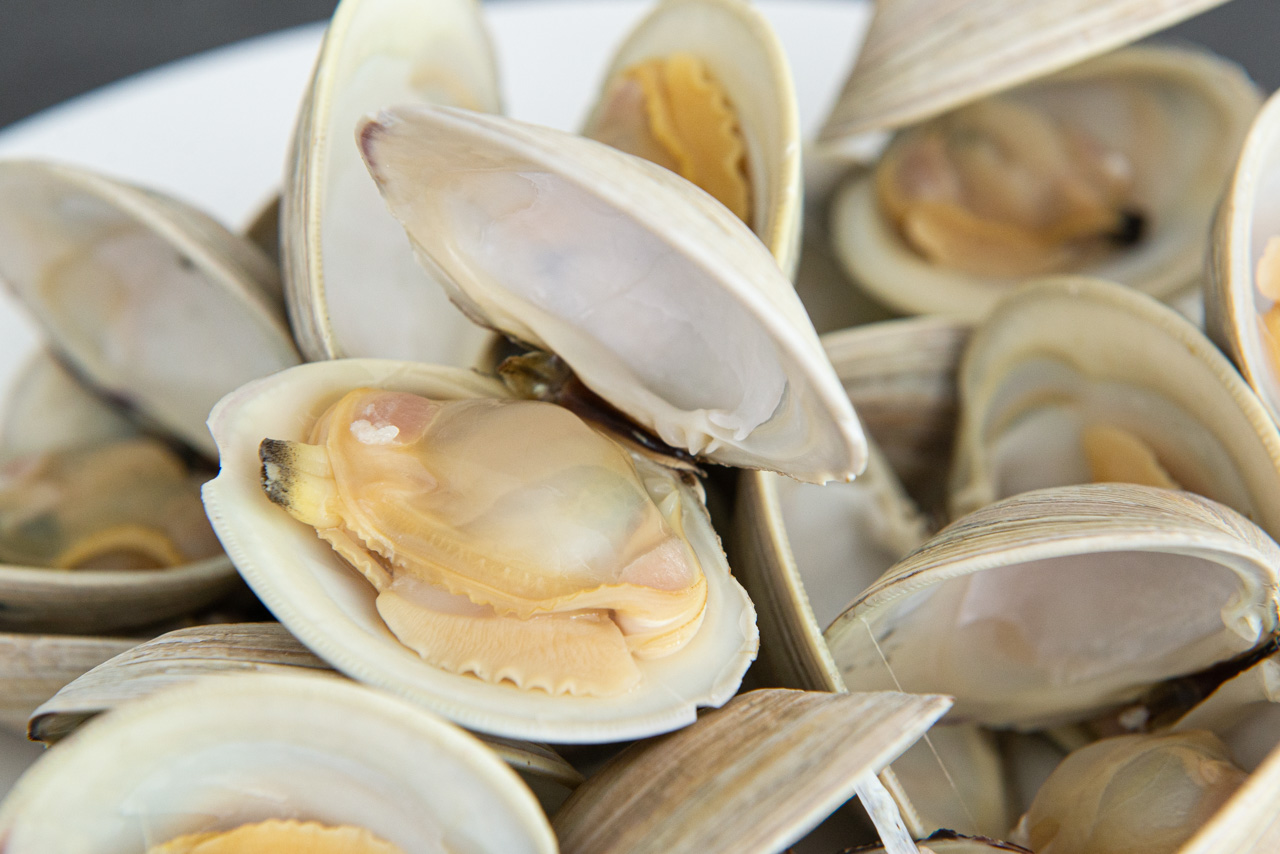 So after scrubbing the outsides of their shells, treat your clams to a restful soak in mock seawater, a third of a cup of table salt per gallon of water, with a tablespoon or so of cornmeal stirred in, and leave them alone for about an hour. If you watch quietly (they spook at vibration, not actual sound), you’ll see them feeding on the cornmeal and cleaning themselves out.

After a while, you’ll be surprised at how much ejected debris there will be at the bottom of the container. Leaving them there too long won’t do any good, though, because they’ll use up the oxygen in the water, slam their gates, and stop purging.

So many cookbooks and magazine articles tell us to purge live clams by soaking them in tap water, either with or without the cornmeal, but a moment’s reflection shows how useless that is.

Although there are such things as freshwater clams, the ones we’re talking about live in salt water. If you were a saltwater clam plunged into fresh water, you’d clam up immediately, not daring to open your shells so much as a crack, hoping that the environment would eventually become more hospitably salty.

So soaking clams in unsalted water accomplishes nothing. A soak in salt water of the right salinity, on the other hand, fools the clams into thinking they’re back home, whereupon they will stick out their siphons, feed, and purge themselves of debris.

Some restaurants skip the purging step, and their clams can be gritty. That’s less important if the clams are to be cooked, but sand in the bottom of the chowder bowl is a tip-off to this kitchen shortcut. At least you’ll know that the chowder was made from real live, rather than canned or frozen, clams.

Soft-shell clams, or steamer clams, have big siphons (“necks”) and can’t close their shells completely. They will therefore always have some sand in them.

That’s why you swish them in clam broth before dipping them in melted butter and eating them.