What Is the Largest Religious Structure In the World?

Beginning in the ninth century, the Khmer people ruled a vast empire in Southeast Asia.

The Hindu kings of the Khmers built their capital at Angkor, in the northern part of what is now the nation of Cambodia. Covering about 40 square miles, Angkor was a great city of palaces and temples. It had a population of perhaps 2 million, making it the largest city at that time in all the Orient.

During the 15th century, Angkor was conquered by the Thai people and was abandoned by the Khmers. For centuries it remained deserted. 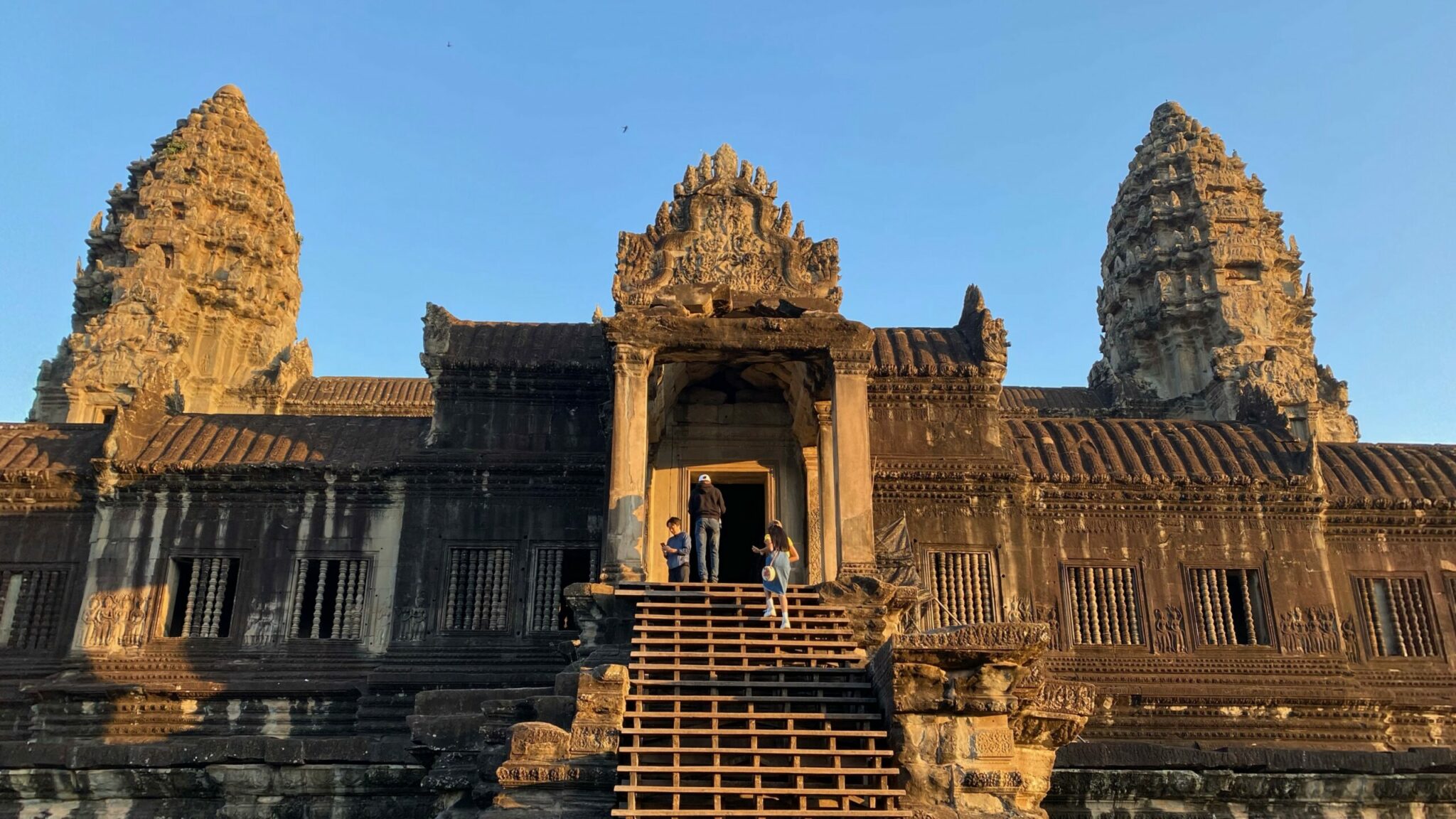 Then in 1861 a French explorer accidentally discovered the ancient city of Angkor. Although the city was overgrown with jungle, many of its buildings were still standing!

The greatest structure at Angkor, and the largest structure in all Asia, was the temple known as Angkor Wat. The walls of this huge temple measured almost one mile on a side. A 1,200-foot-long walk leading to the temple was lined with 54 huge stone figures holding a carved cobra.

Although it was built in the 12th century, Angkor Wat remains the largest religious structure in the world!