The Great Salt Lake In Utah is the largest salt lake in the United States.

Water from freshwater streams flows into the Great Salt Lake, but it never flows back out.

When it evaporates, salt (sodium chloride) and other minerals are left behind, making the water salty. 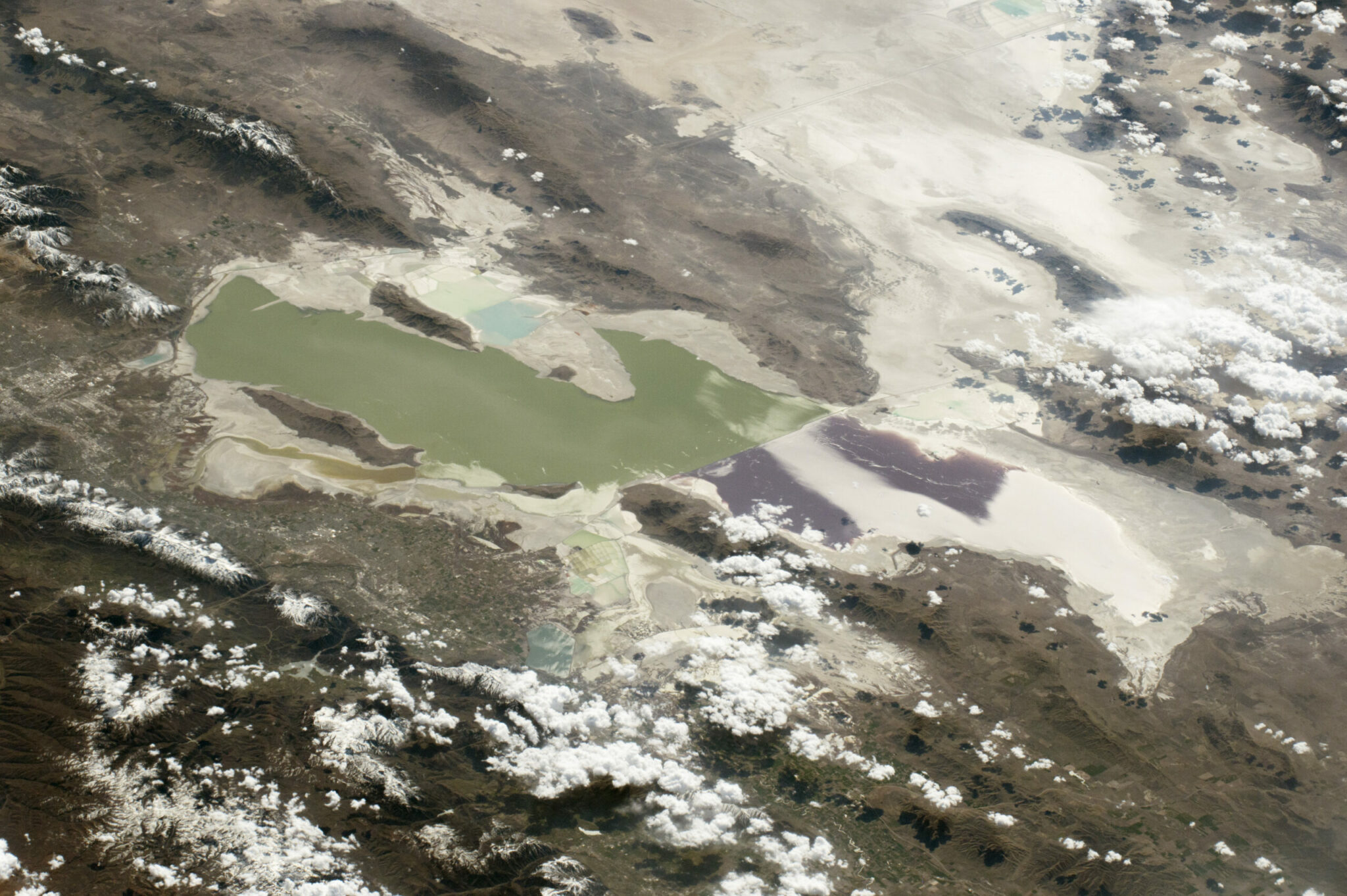 The amount of salt in the lake varies, depending on how much water is present.

If you go swimming in the lake, you’ll float quite easily.

Don’t plan on going fishing, though; fish can’t survive in such salty conditions, although brine shrimp live there.

In dry weather the lake can shrink in size because much of the water evaporates.

Geologists believe that the Great Salt Lake was once part of a huge ancient freshwater lake they call Lake Bonneville.

Today, at the international speedway on the Bonneville Salt Flats, part of the dried-up bed of that ancient lake, race cars have set world speed records, with some vehicles exceeding 600 miles per hour (966 km/hr).