What Is the Puzzle of the Nazca Desert in Peru?

You would have to be in an airplane looking down on the Nazca Desert in order to see this Peruvian puzzle. A series of gigantic pictures and designs have been made by removing the dark topsoil and exposing the lighter yellow soil underneath.

The subjects are flowers, spiders, birds, snakes, and gods wearing halos. Some of the lines in these patterns are 40 miles long. Who made them? And why?

Scientists estimate that these gigantic pictures were done between 700 and 1500 years ago. The Incas say they did not create them, but that a race before them did. But who? 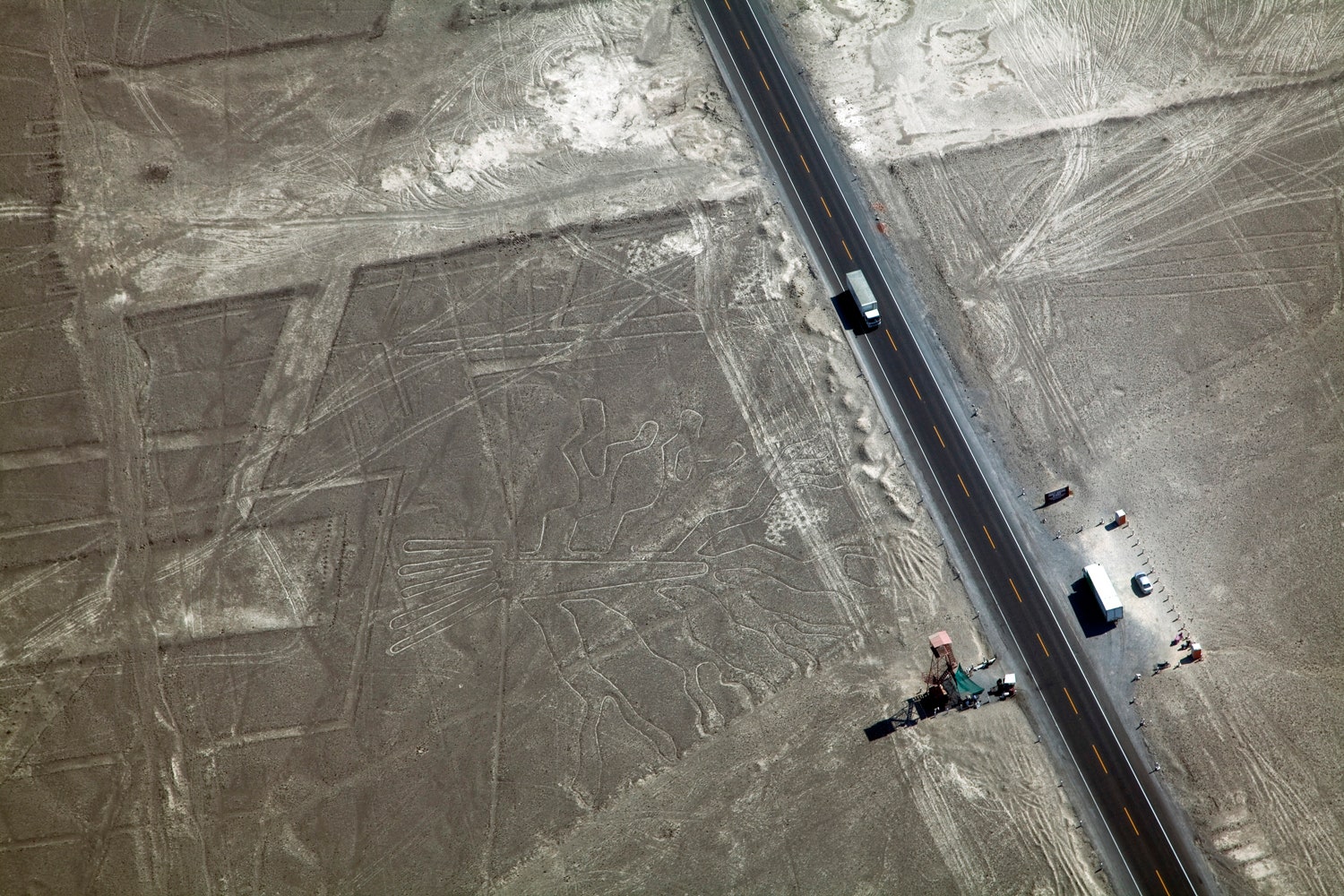