Chimps and, to a lesser extent, orangutans so far have also learned sign language.

Washoe, the most accomplished chimpanzee, has a vocabulary of at least 240 words. He and his fellow chimps have so incorporated signing into their lives that they converse with each other by signing, and even “talk” to themselves when alone.

While this chimp’s vocabulary numbers are impressive, they’re nowhere near the ones for Koko the Gorilla, her handlers say she can understand 2,000 spoken words and respond with a vocabulary of up to 1,000 signs. 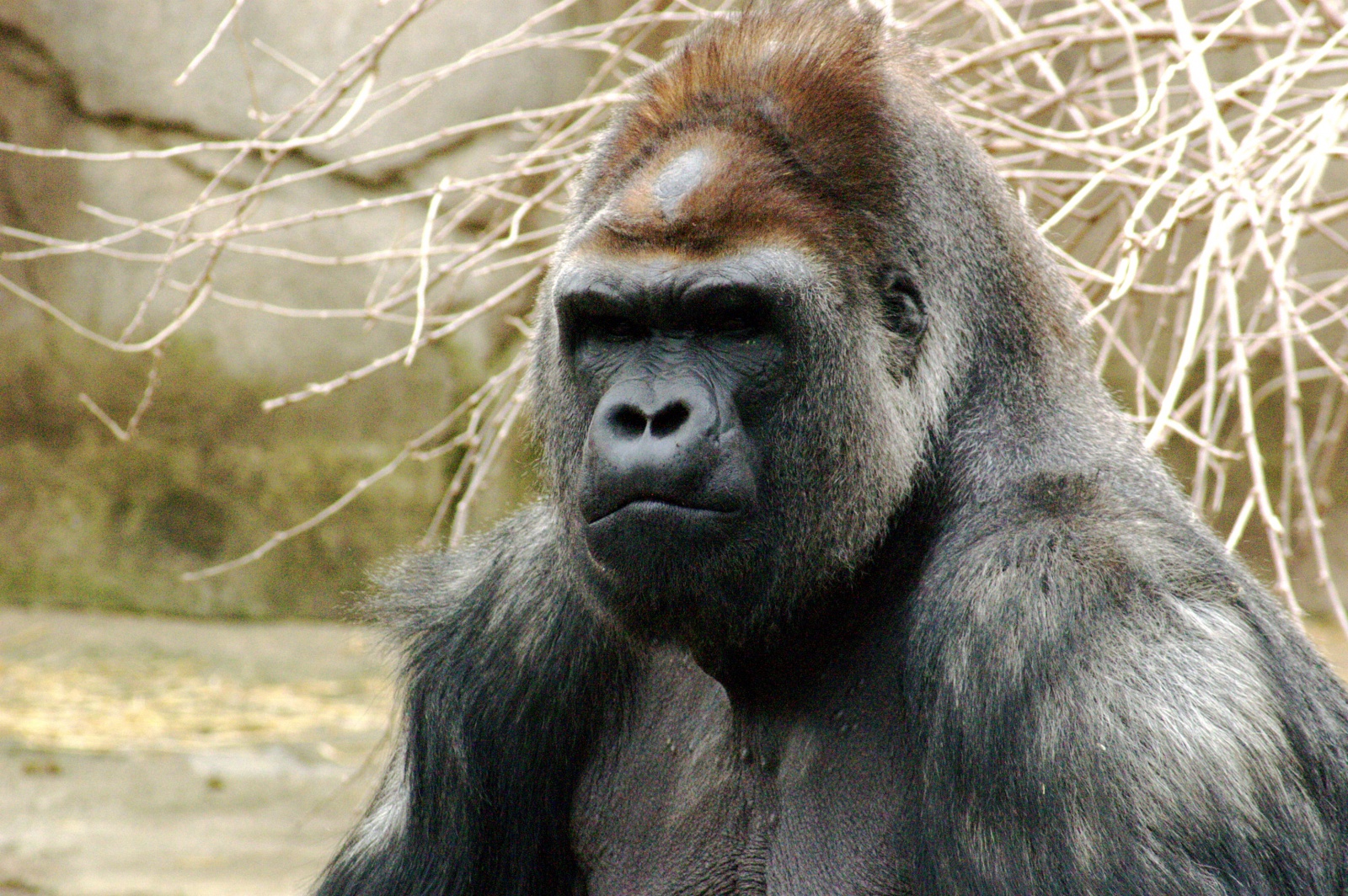 On the other hand, some of Koko’s answers are so esoteric and random that sometimes you have to wonder how much of what she says is her intentional communication and how much is the interpretation of her trainers.

For example, a transcript of an on-line chat revealed these questions and answers between Koko and her trainer, Dr. Penny Patterson:

Q: Are you going to have a baby in the future?

P: Oh, poor sweetheart, she said “inattention.” She covered her face with her hands, which means it’s not happening, basically, or “I don’t see it.”

P: What do you want for your birthday?

P: You have to understand that Smoky is the name of her kitten. Do you feel love from the humans who have raised you?

K: Lips apple give me.

P: People give her her favorite foods.