The Blessingway was a ceremony held by the Navajo to ensure that a person would live long and well.

It was usually performed when a person reached a milestone in his or her life. For instance, a Blessingway might be held to celebrate a marriage, a birth, or a girl’s initiation into womanhood.

During the Blessingway, singers told of the beginning of the Navajo world and of the struggles of First Man and First Woman. These legendary figures had a baby named Changing Woman. 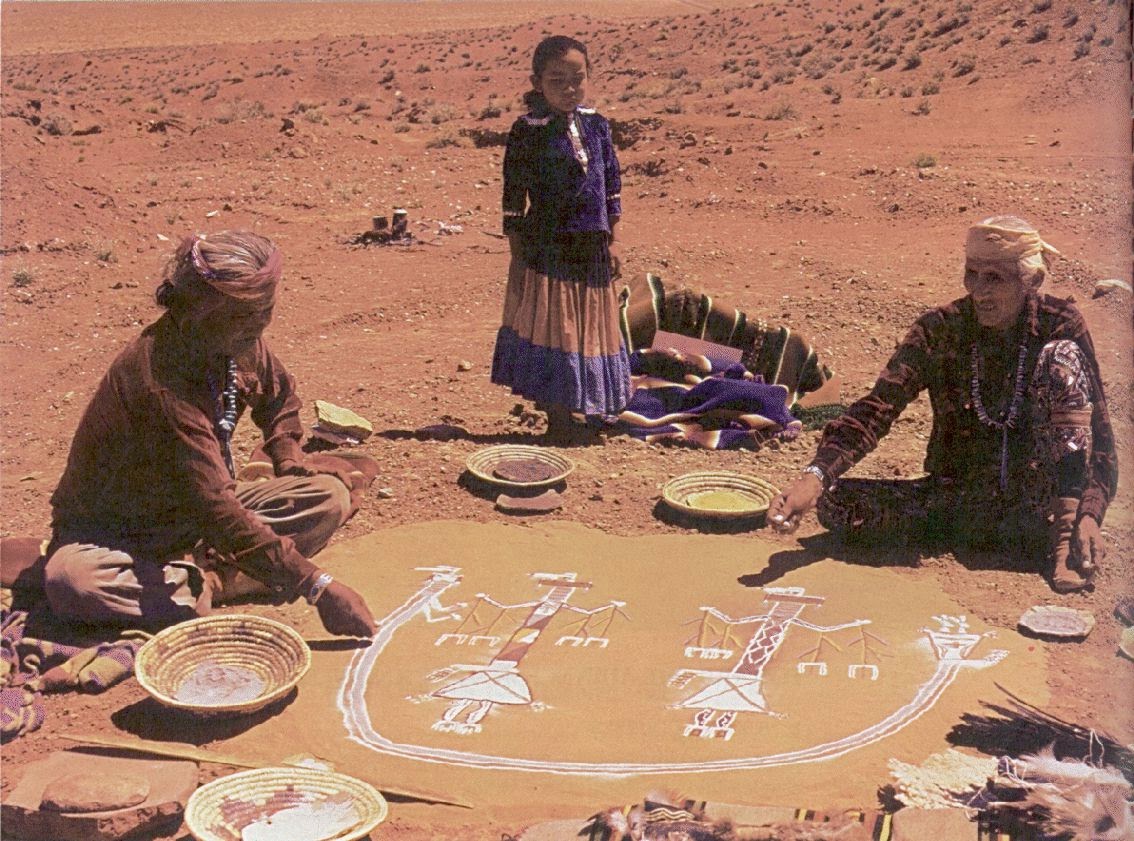 The Navajo believed that they were created by Changing Woman from shavings of her own skin.