The Apollo lunar module had two main functions, to land safely on the Moon and take off again.

The module was shaped something like a four-legged, octagonal spider, and was also known as the Lunar Excursion Module, or LEM. 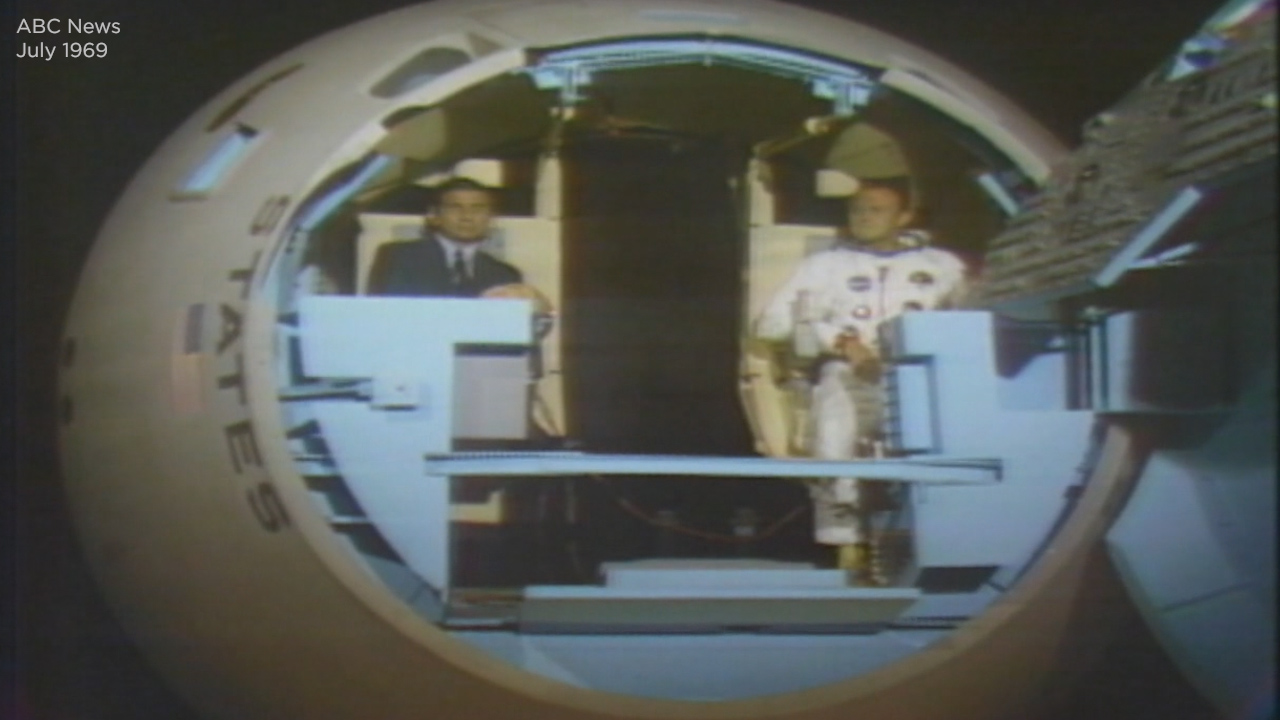 It weighed some 33,000 tons (15,000 kg), and held two astronauts, equipment for gathering lunar data and samples, a number of communication antennas, and two rocket engines: one for landing and one for taking off.

The compartment for the crew was not luxurious.

While landing, the astronauts stood up and wore harnesses for security.

While on the Moon, the only place for them to sleep was in hammocks or on the floor.

The contract for design and construction of the Lunar Module was awarded to Grumman Aircraft Engineering Corporation.