What Was the Ptolemaic System and Why Did Ptolemy Believe That the Planets Revolved Around the Earth?

The Ptolemaic system was a series of theories proposed by Ptolemy to explain the order and movements of the universe.

Because Ptolemy’s system of predicting planetary movement was so accurate, all the theories of the Ptolemaic system became the accepted view for centuries even though many were inaccurate.

Ptolemy did realize that Earth was a sphere and not flat, but his system is flawed because it starts with the basic idea that Earth is the center of the universe and the Sun, the Moon, and the planets revolve around the Earth. 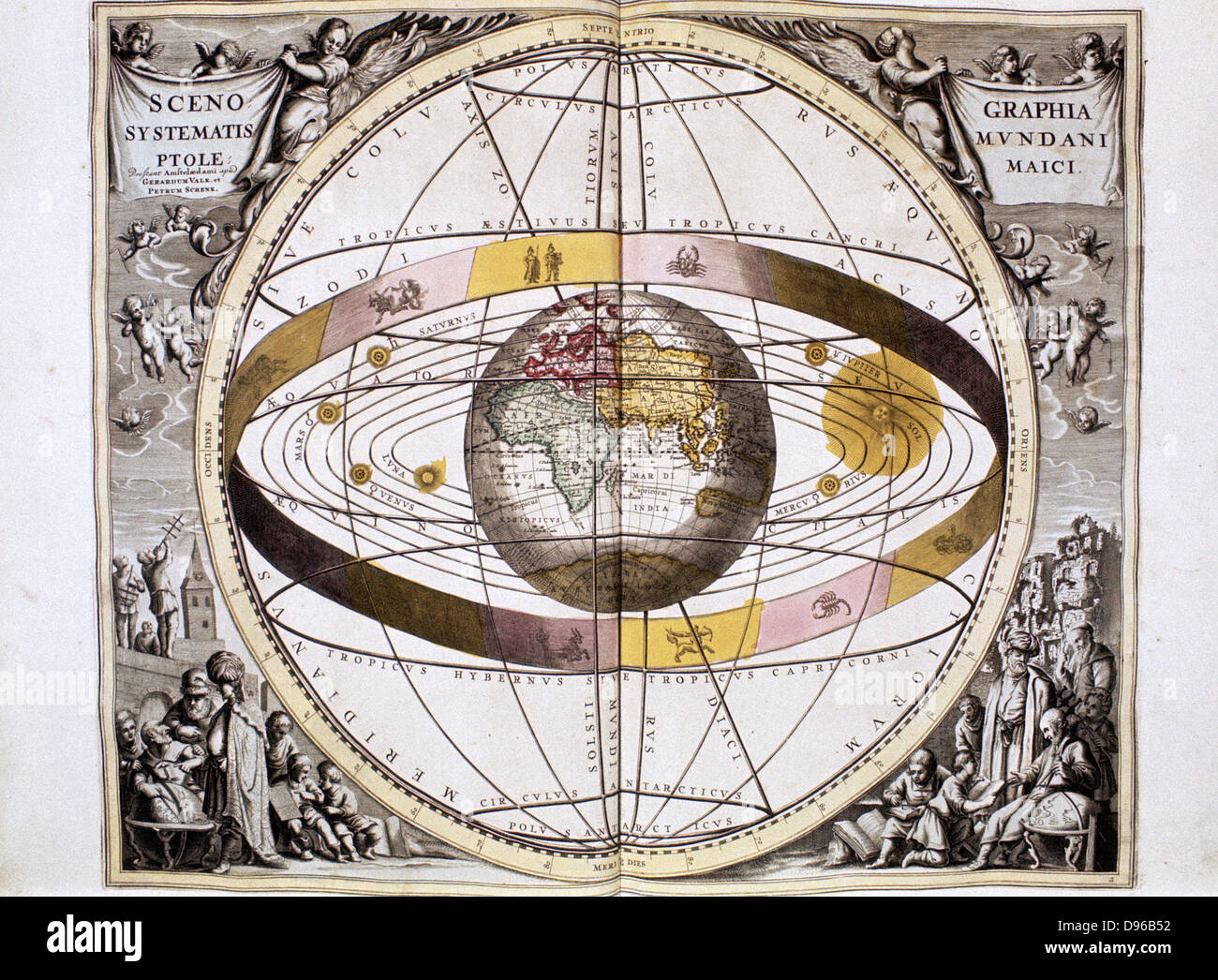 The idea had been proposed by Aristotle 500 years before and almost all astronomers agreed.

The Ptolemaic system also agreed with the ancient world’s idea that the orbits of celestial bodies had to be perfect circles.

This created a challenge for Ptolemy, however.

It was very clear from his study of the planets’ movements that their paths wandered around the skies. The word planet means “wanderer” in ancient Greek. Ptolemy devised a clever theory to explain this wandering movement.

He said the planets actually each had two orbits. The first was its perfect circle orbit around Earth, called its deferent.

While the planet was completing this orbit, it was also orbiting around a fixed point on the deferent. This smaller orbit, called the epicycle, explained why the planets seemed to wander.

Ptolemy even worked out very complicated mathematical formulas that seemed to support this theory.

The Ptolemaic system also rejected the idea that Earth rotates on it axis.

Ptolemy said if this were true, objects thrown into the air would be left behind as Earth spun away from it.

It wasn’t until Copernicus’s work around 1540 that the Ptolemaic system was even questioned and another 150 years after that before people could admit Earth was not the center of the universe.