Millions of years ago penguins did in fact fly around like regular birds but they have evolved to swim instead of fly. 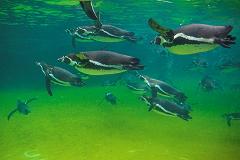 Eventually, flying was no longer necessary. 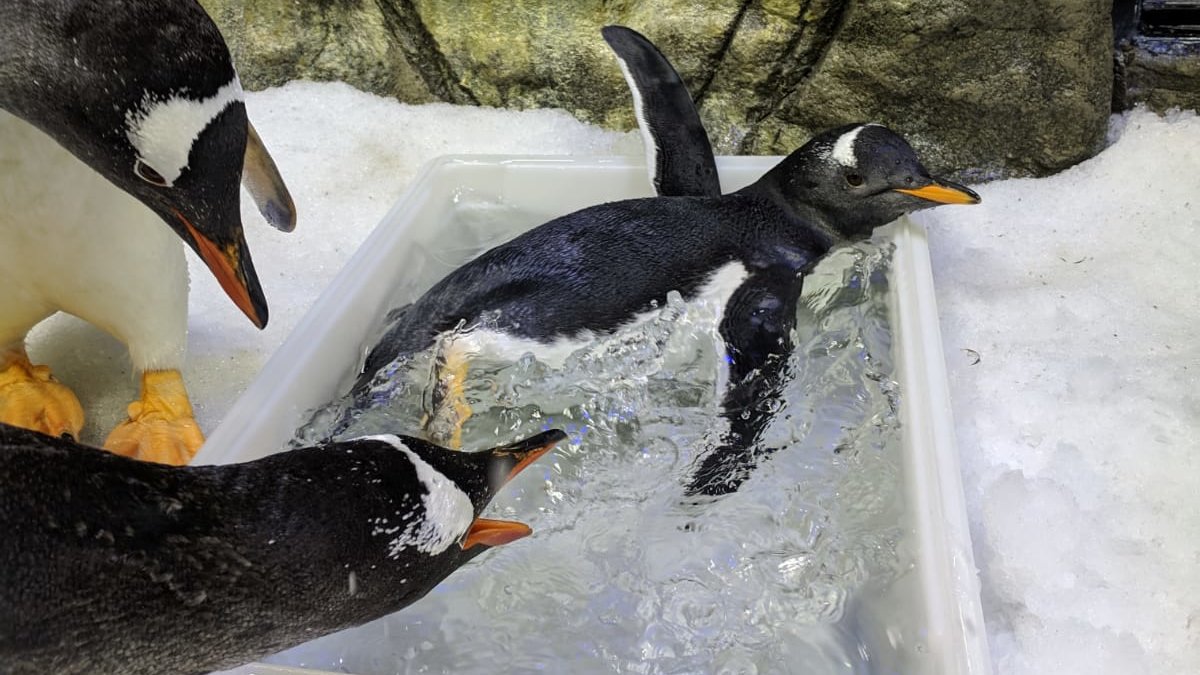 Penguins spent most of their time in the water, and did not have any predators on land that would require airborne escape.

Wings for flight became flipper-like water wings, which enabled penguins to move through water efficiently and with great speed.

Penguins can swim underwater up to 25 mph, popping up into the air every minute or so to take in some air.

Penguins are superbly adapted to aquatic life, and penguins are astonishingly agile in the water.