What Do Penguins Eat and How Big do Penguins Get?

Penguins love to feed on krill, squid, fish, and other types of ocean life caught while swimming underwater. 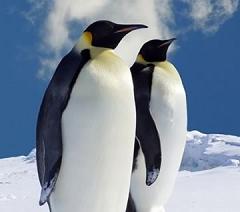 The emperor penguin is the biggest penguin species, towering over all the other sixteen species at four feet and weighing about a hundred pounds.

The smallest penguin species, the fairy penguin, also known as the little penguin, can barely stretch itself up to a foot in height and tips the scale at about one and a half pounds.

Most of the other species typically grow from one and a half to three feet, and weigh five to fifteen pounds.