When was the Condom invented and How do they make sure Condoms won’t break?

A romantic interlude isn’t the only time people worry about condoms breaking. Manufacturers worry about it all the time. So they put the condoms through elaborate tests to make sure they’re leakproof and strong.

The key ingredient in the success of the multimillion-dollar modern condom industry, Americans buy some 420 million of them a year, is latex. It’s strong, light, and malleable. The manufacture of condoms begins with huge vats of liquid latex, containing anywhere from 250 to 1,000 gallons.

The liquid is tested for consistency and filtered through cheesecloth to remove impurities. Once a batch of quick-drying liquid latex is ready, machines dip glass condom molds, called mandrels, into the opaque, viscous fluid. The liquid latex adheres in a thin film to the cylindrical mandrels; the film dries when exposed to air. 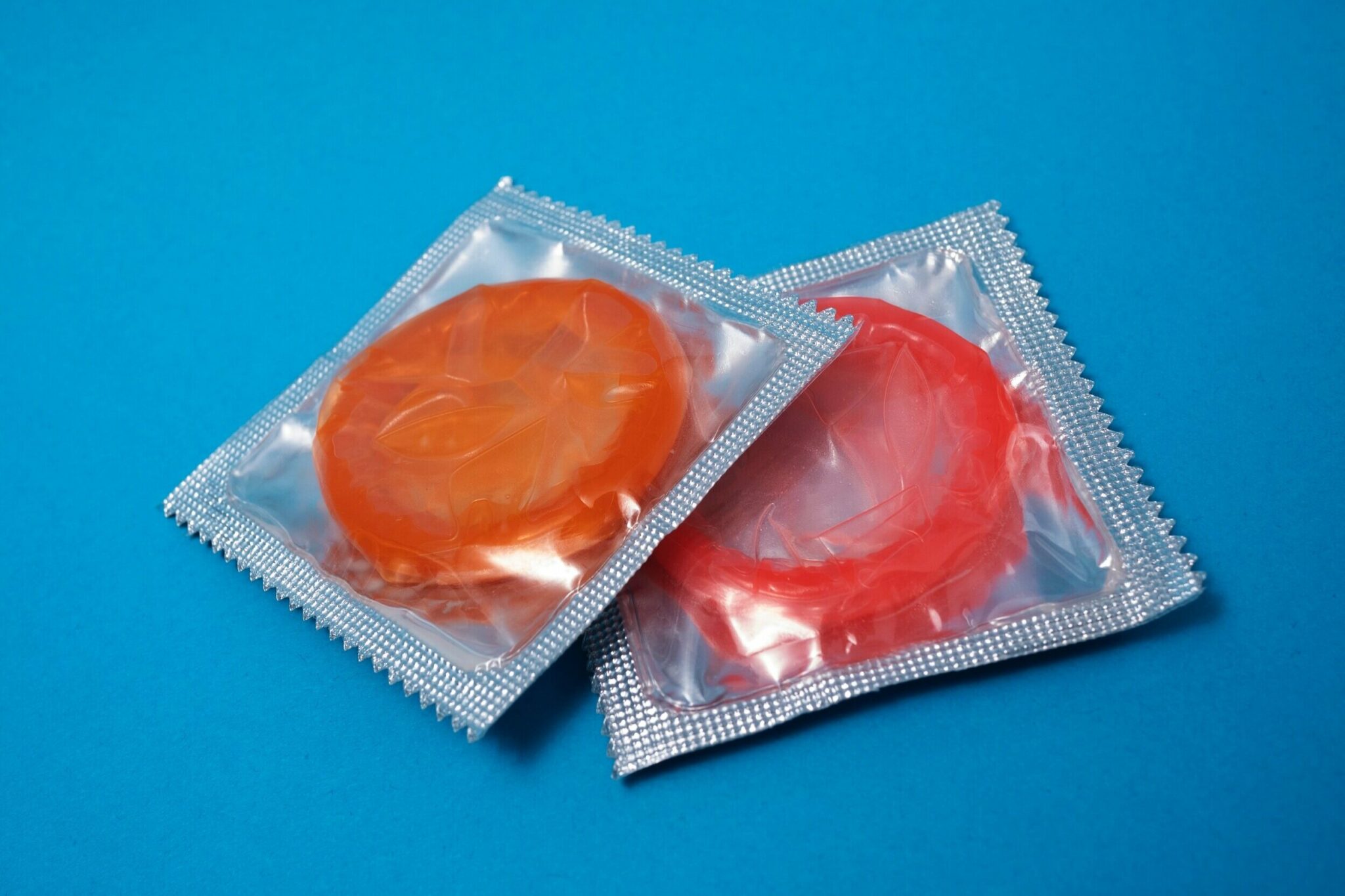 After the film of latex has dried, the mandrels are dipped into the vat a second time to achieve a double thickness. The process is something like taking a plaster of Paris mold of an object, except in this case the molding material is thin and elastic.

After condoms have been shaped they’re stretched by 15 percent onto large steel molds, and tension and strength tests are performed. The condom-encased steel molds are dipped into a vat of charged water. If the electric charge passes through the condom to the steel rod, the condom is discarded as faulty.

In a second test, pumps fill the condoms with water to make sure they don’t leak. A number of condoms from each production batch are also randomly selected to undergo the inflation test: condoms are blown up like balloons to see how much pressure they can withstand. Industry guidelines specify that condoms have a breaking volume of an almost unbelievable twenty-five liters or more.

Condoms that pass the battery of tests are rolled off the mandrels and hermetically sealed in foil. Depending on the model, a water-based silicon lubrication might be applied to the product before it is packaged.

The tensile strength of latex allows condoms to be rolled off the smooth rods as easily as a sock can be rolled down a leg. On the fully automated production line the rolling is done by cylindrical devices that slide down the mandrels, pushing and rolling the condoms free. Human workers monitor the system for glitches.

Latex, which is made by mixing synthetic chemical compounds with the sap of the rubber tree, was developed in the 1930s. Coupled with mechanized production, the new material made inexpensive, reliable condoms a practical reality for the first time ever. In the late nineteenth and early twentieth centuries, condoms were commonly made of vulcanized rubber. The old material was relatively bulky and, as they say in the business, unresponsive.

You can make only one condom per sheep, and the production process is laborious, both factors contributing to the expense of the item.

Such devices were commonly used by men of means right through the eighteenth century. In fact, natural-membrane condoms are still available, at a cost of about four times that of latex models. Advocates claim they are more sensitive and conduct heat better.

Recent condom innovations include adhesive strips around the open end and large-size condoms. The adhesive condom was developed by Carter-Wallace, whose Trojan brand is the U.S. best-seller.

Company officials say the adhesive band will prevent slippage, thereby providing additional comfort and security. A number of companies are currently manufacturing bigger-than average-sized condoms, the norm being seven and a half inches long and 2.08 inches in diameter.

Although there apparently isn’t any great physiological need for them, research done by the Kinsey Institute indicates some psychological need might exist: 70 percent of the men contacted in one poll said they would be happy if their condoms were larger.