Despite what certain nostalgia-happy entrepreneurs would have you believe, ice cream production is a big, industrial business.

In addition to increasing productivity, the new equipment allowed for the perfection of the Neapolitan brick’s tri-flavored parallelism. 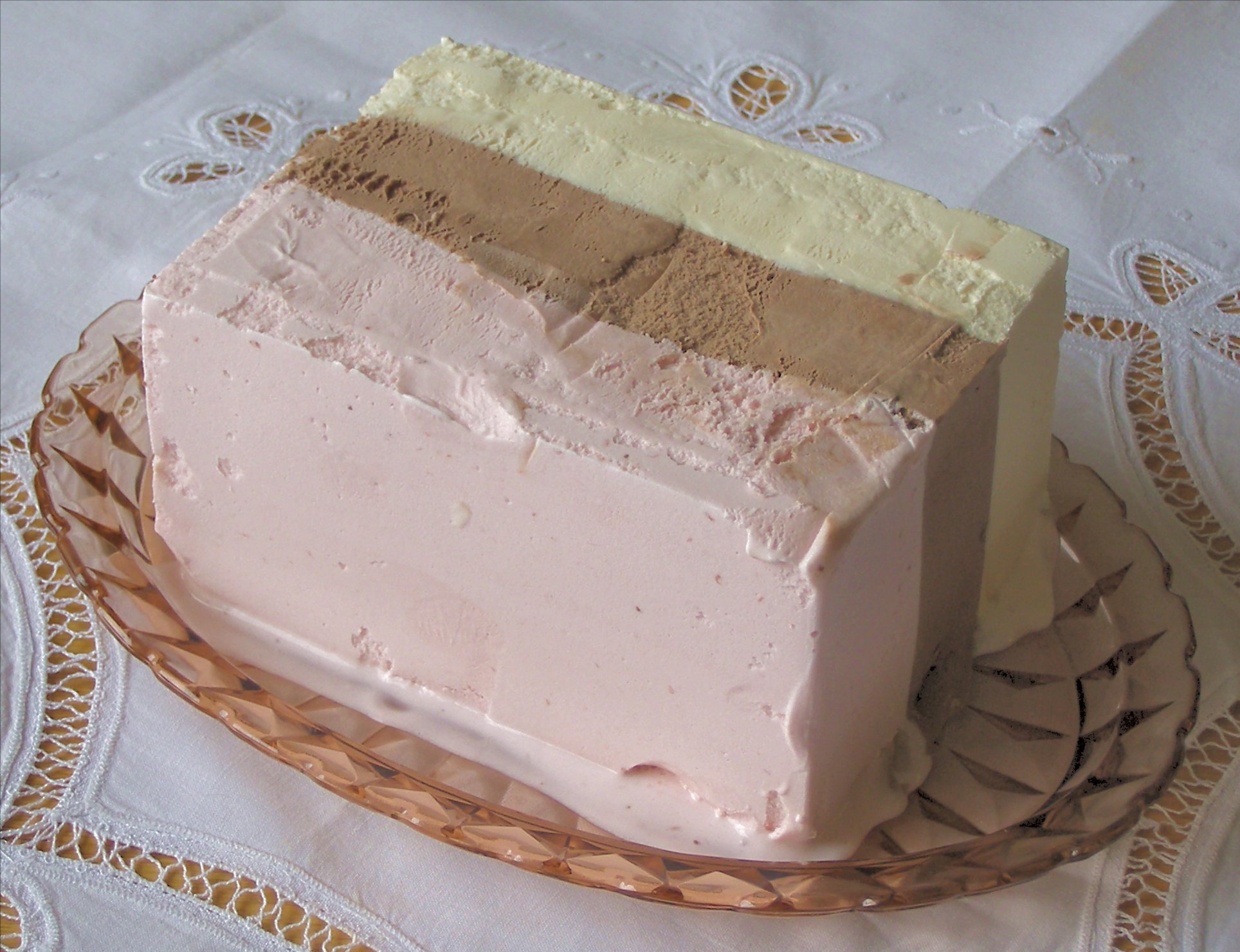 The three individual elements that together make a carton of Neapolitan, chocolate, vanilla, and strawberry, are frozen in separate ice cream freezers. When the ice cream attains a stiffness desirable for packing, the three freezers pump their flavors into distinct compartments of a rectangular device called a header.

The header molds the ice cream into a manageable brick, and then the contents of all three compartments are simultaneously extruded into a waiting box. Because the flavors settle differently in the box, surface area is not divided equally among the three flavors.

The label Neapolitan was originally used to designate a layered ice cream that included Italian ice, preferably orange or lemon, among its constituent parts.

The people of Naples, it seems, were pioneers in the field of ice cream development. Marco Polo brought the original recipes for water ices to Italy from China in the thirteenth century.

Neapolitan, by the way, is now the fourth most popular ice cream category, surpassed only by vanilla, candy confection mixes, and chocolate.