Where Did It Rain Frogs?

On June 12, 1954, rain fell on the English city of Birmingham. People fled for cover and hurriedly opened umbrellas. Suddenly, visitors to a Birmingham park heard what sounded like the patter of very heavy raindrops beating against their umbrellas.

And then they noticed that the rain consisted of not just water, but frogs as well! Hundreds of tiny frogs poured from the sky, covering the ground over an area of some 500 square feet.

Reports of frogs falling from the sky date back to ancient times and continue today. In 1969, thousands of frogs fell on an English town near London. Small fish have fallen from the sky in Australia, India, and England, and so have shrimps and crabs! 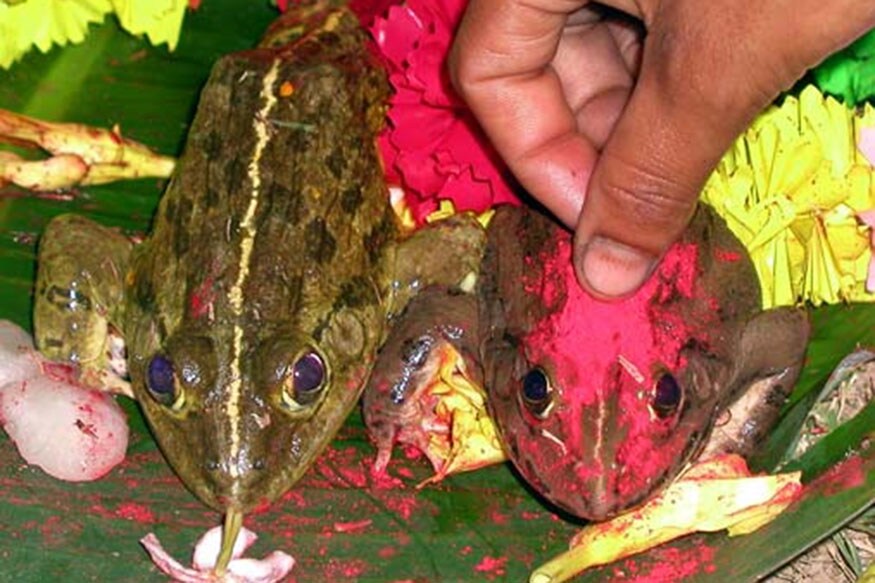 Some scientists account for these strange rains by explaining that frogs and fish are sometimes swept into the air by whirlwinds. But others question why only frogs, for example, would be swept up by such a wind. And why do all the airborne creatures fall on only one small area? Until these questions are answered, the “falling frogs” will remain a mystery.