Where do Blowholes Come From and How are Blowholes Formed?

On the surface there aren’t many things more solid than rock, but over thousands of years it can change dramatically.

Nowhere is this more evident than the world’s coastlines where the rock is constantly under barrage. The hydraulic action of the waves slamming into the cliffs causes fractures, which over time grow into cracks, which themselves develop into caves that stretch ever deeper inland.

But water doesn’t only attack in one direction. At high tide, the sea floods a cavern and, over centuries, eats away at the roof, creating more faults. The movement of the waves forces air into these fissures, putting the rock under increasing stress. 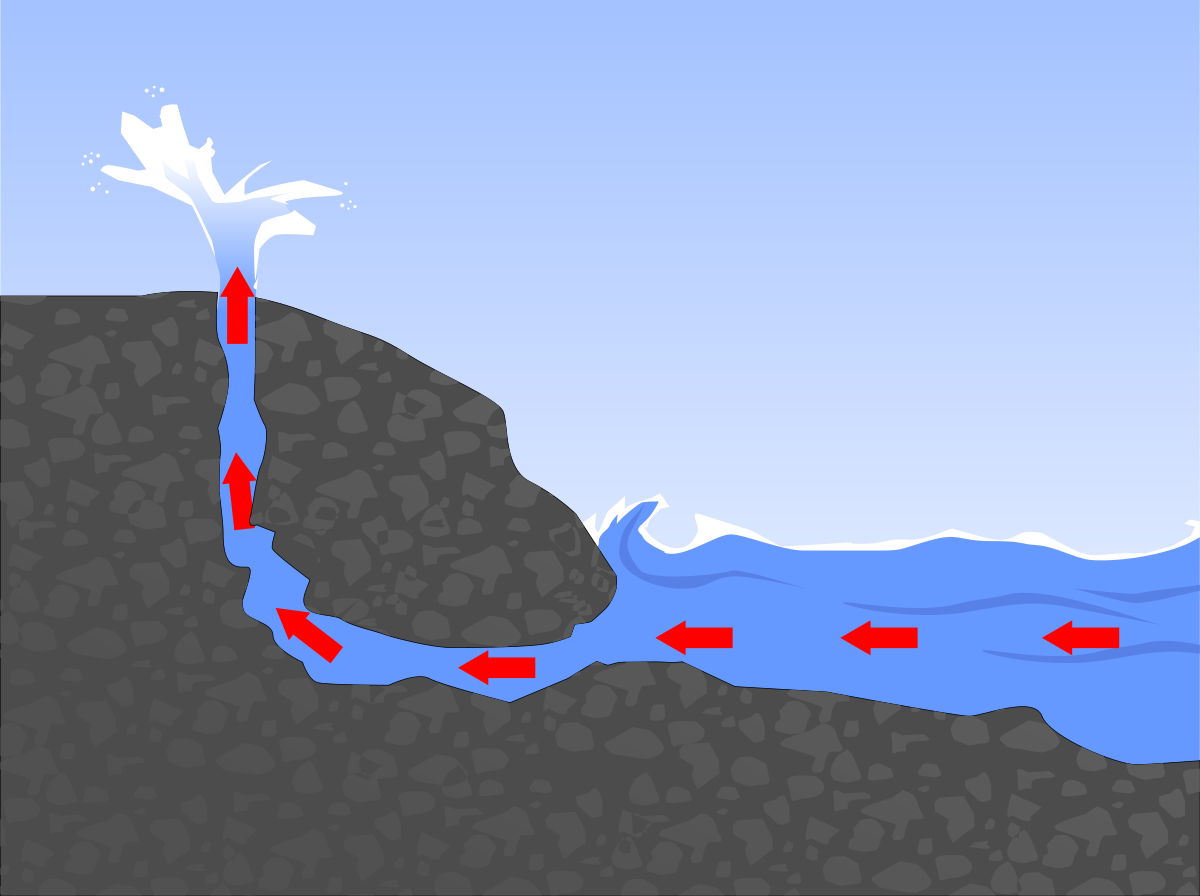 Similarly, the land above is also undergoing its own gradual erosion through processes such as weathering and chemical dissolution. Eventually a fracture in the cave roof will reach its breaking point. No longer able to cope with the combined assault of the sea and the pressure of trapped air pushing from below, part of the surface crumbles.

Facing no resistance, at high tide or when the sea is rough, jets of seawater, air and spray erupt out of the new-formed blowhole as high as 30 meters (98 feet), often with a loud hissing noise.