Where do the words tarantula, tarantism, tarantella, St. Vitus’s dance, come from and What does tarantula mean?

Along about 708 B.C., a body of Greeks from Sparta moved across the Adriatic Sea and established a colony on a favorable spot upon a seacoast in southern Italy.

Under the ancient name, Tarentum, the colony prospered, vying briefly with Rome for greatness in the third century B.C. The present city, its name altered to Taranto, is now an important naval base.

But the region about ancient Tarentum harbored a species of fearsome-looking, hairy spiders capable of inflicting a painful, if not dangerous, bite. 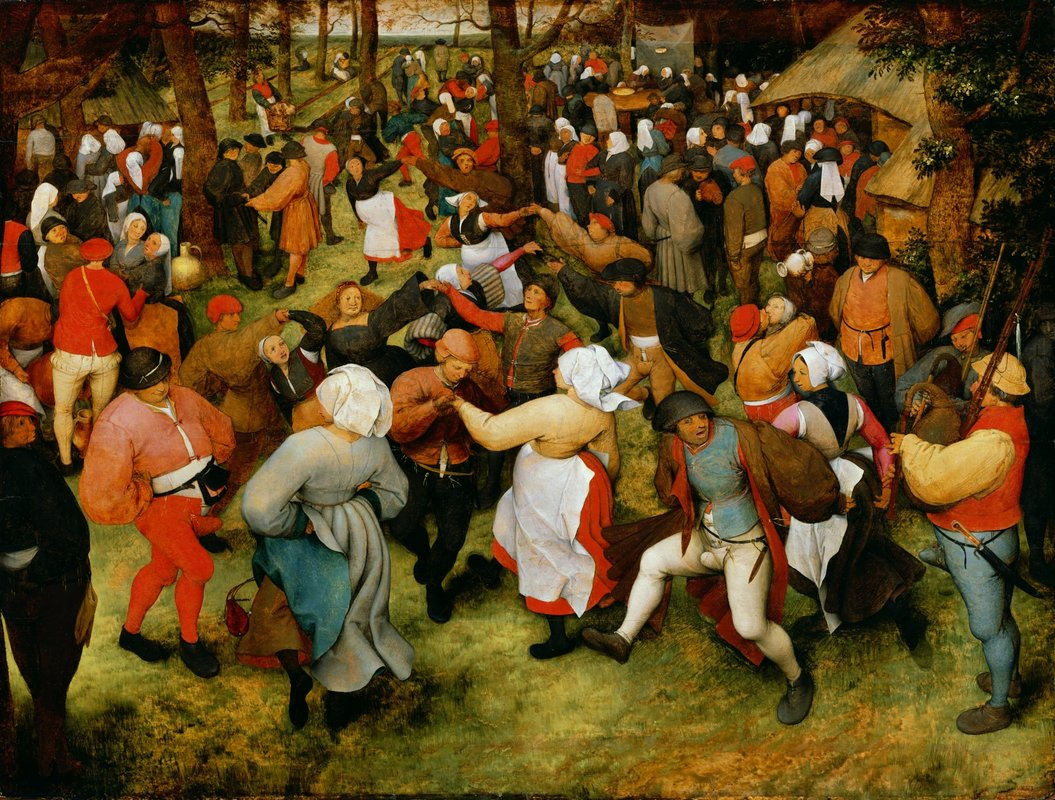 This spider, from the place of its discovery, was called tarantula.

Sometime during the Middle Ages, a strange disease broke out in various parts of Europe. It manifested itself by a twitching or jerking of the limbs of the person afflicted, and was accompanied by an almost uncontrollable impulse to dance.

In Italy, the superstition grew that the disease was caused by the bite of the tarantula. From that erroneous belief, the disease became known as tarantism, though it is now called “chorea,” from Greek choreia, dance.

Through the spread of the epidemic, accompanied by a form of hysteria, and perhaps religious mania, a dancing mania seized much of Europe, recorded in Germany first in 1374.

In southern Italy the dance, if done in rapid measure, was thought to be beneficial to victims of the disease and, by the fifteenth century or earlier, such a dance had been developed and standardized. It, too, was named from the supposed source of the disease, tarantella.

Children afflicted with tarantism were taught, in olden days, to offer up their prayers to the child martyr, Saint Vitus. This young saint, martyred under Diocletian in the fourth century, was firmly believed to be able to cure them.

It is for that reason that chorea among children, especially, is still called “Saint Vitus’s dance.”