Although of mixed origins, the Thoroughbred breeds true to type and has held a place alongside other breeds in the General Stud Book of the English Jockey Club since the 18th century. How did they breed the Thoroughbred, a variety of horse for which people will pay millions?

Horse racing has been popular in England since Roman times, and quite possibly before that, yet the breed of the Thoroughbred is only about 300 years old. For centuries the English used Gallo-ways, the fast ponies of Scotland and northern England, while the Irish raced ponies called hobbies. Breeding problems arose in the 16th century when heavy importation of horses from Italy and Spain diluted the native stock.

At the same time, interest in racing skyrocketed. King Charles II was particularly fond of the sport, and ordered “12 extraordinary good colts” from James D’Arcy, master of the Royal Stud, each year. Poor D’Arcy, with pressure from the King, faced a stableful of heterogeneous horses. 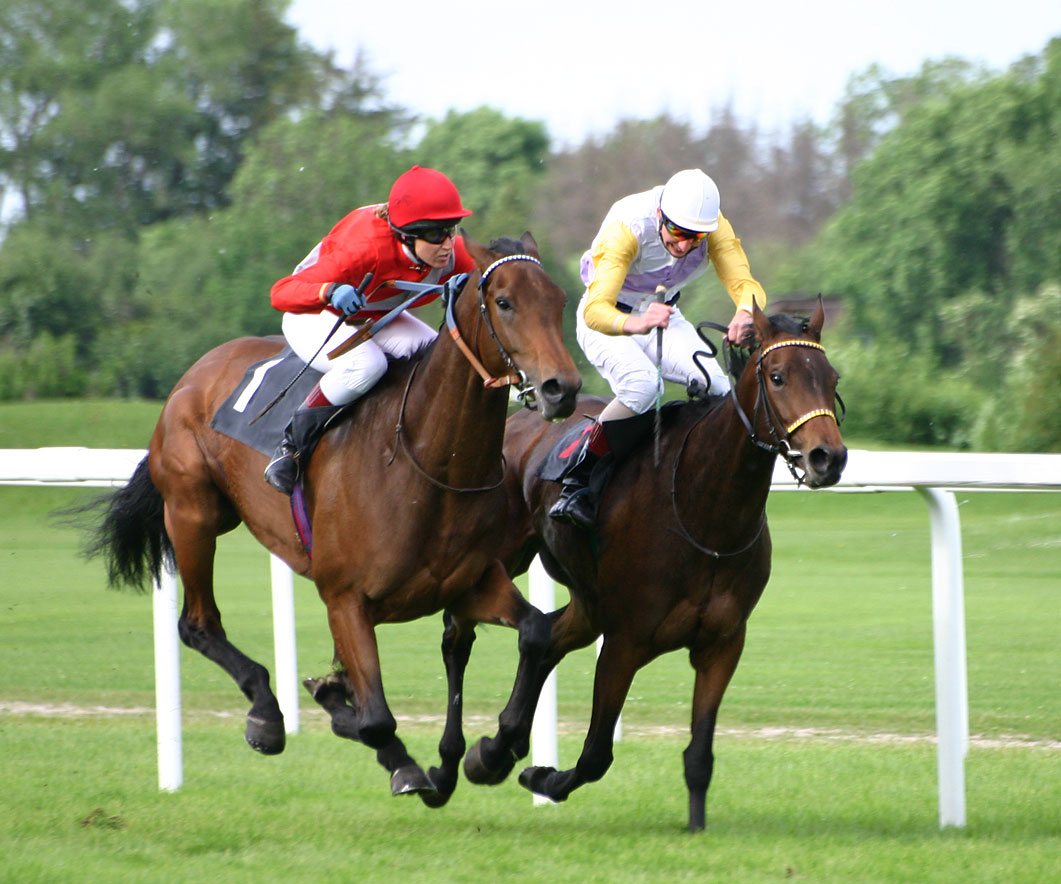 Thus he and other breeders of the time set out to establish a stock that would breed true to type. They turned to the purest of the pure: the Arabian, carefully bred in the Mideast for centuries. Between 1660 and 1760 some 200 Mideastern horses were imported, 75 percent of them stallions, and 50 percent of them Arabians. Apparently, the initial intent was for genetic homogeneity rather than speed, since few of these beautiful horses were raced.

Among the imports were three particularly magnificent animals: the Godolphin Arabian from Tunis; the Darley Arabian, a horse of impeccable breeding brought from Aleppo in 1704; and the Byerly Turk, which allegedly carried a Colonel Byerly safely from the Battle of the Boyne in 1690, leaving his enemies in the dust.

These three were bred to the Royal Mares, and it is from their offspring (one descendant of each) that all modern Thoroughbreds trace their ancestry. Descent along the female line is harder to trace since the mares were simply called Arabians, Barbs, or Turks, depending on their father’s type.

The latter part of the 18th century and the beginning of the 19th saw rapid increases in the quality of the new Thoroughbred line. The horses grew slightly taller, 15 to 16 1/2 hands becoming typical, as it is today. The graceful animals were noted for their longer stride, an advantage in racing, and increasing precocity as the fashion arose to race two-year-olds rather than more mature animals.

The passion for horse racing spread to America in the late 17th century; here, the breeding of Thoroughbreds quickly became big business, in time, the largest of its kind anywhere in the world.

Over 40,000 Thoroughbred foals were registered with the Jockey Club in New York in 1982, and untold others that went unregistered may also have been foaled in this country during that year. Although racing remains their primary purpose, the horses are also bred for steeplechasing, hunting, and show jumping. Different breeding, selection, and care have led to great disparity in the quality of Thoroughbreds—the skinny trail horse you might rent for an hour may have a claim on Secretariat.

For top quality Thoroughbreds the stakes are enormous. In July 1983 Sheikh Mohammed Al-Maktoum, United Arab Emirates Defense Minister, paid $10.2 million for an offspring of the celebrated stud Nothern Dancer, the highest price ever paid for a racehorse at auction.

Also eager for the yearling colt was British businessman and betting tycoon Robert Sangster. Just a year earlier Sangster had outbid the Sheikh for a son of Nijinsky II, paying $4.25 million, a record at that time.