Where Does Infrared Radiation Come From and How Can It Help Us See In the Dark?

Strictly speaking, infrared radiation is neither light nor heat. It’s not light because we can’t see it, and it’s not heat because it contains no substance that is capable of being hot. I like to call it “heat in transit.” We’ll see why.

Electromagnetic radiations differ from one another only by their energies. The lowest-energy radiations are radio waves and the highest-energy ones are called gamma rays. In between we find (going up in energy) microwaves, infrared radiation, visible light, ultraviolet rays, and X rays. Gamma rays come mostly from radioactive materials. Radio waves, microwaves, and X rays, we have to make ourselves. The rest of this spectrum, this spread of electromagnetic radiation energies, is provided in abundance by Old Sol. 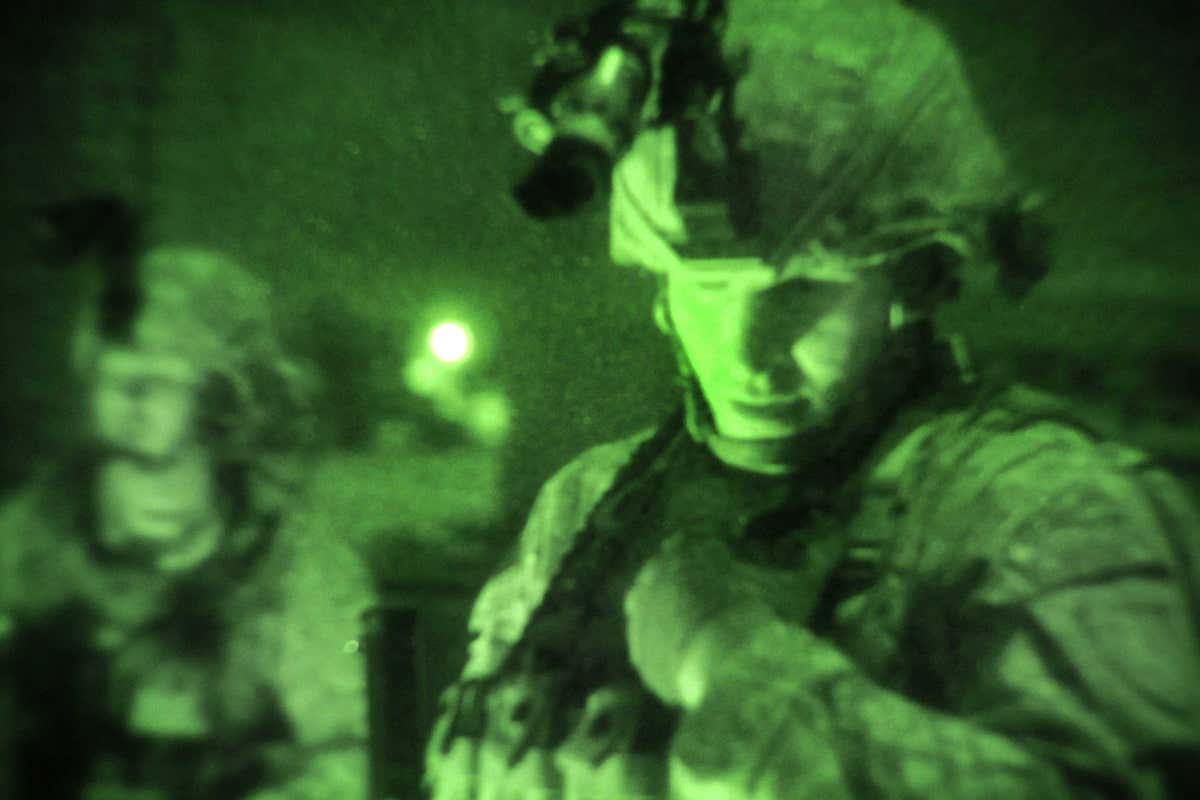 In order to observe electromagnetic radiations, we must have just the right sort of instrument, attuned to the exact radiation energy we want to detect.

For a certain very small part of the sun’s spectrum, we have a marvelous instrument called the human eye. Not surprisingly, the part of the spectrum to which this instrument is sensitive is called visible light. For radio waves and microwaves, we need an antenna to collect them and electronic circuits to convert them into something that we can see or hear. For X rays and gamma rays, we need instruments like Geiger counters and other paraphernalia that nuclear physicists use.

Infrared radiation (infra-red means “below the red” in energy) is just outside the energy region that human eyes can detect. That’s why we can’t properly call it light. We must detect infrared radiation by its effect on things. And its major effect is its ability to heat things up.

Radiations of various energies have different kinds of effects when they hit matter, when they strike the surface of any substance. In general, there are three possibilities: The radiation can bounce off, it can be absorbed, or it can go straight through.

Visible light bounces off most substances, while X rays generally go straight through. But infrared radiation has just the right amount of energy to be absorbed by the molecules of a wide variety of substances. When a molecule absorbs energy, it becomes, of course, more energetic. It jiggles, rotates, flaps its atoms, and tumbles around more than it did before. And an energetic molecule is a hot molecule.

So when infrared radiation shines on something, it makes that thing warmer. The radiation itself isn’t “heat” until it reaches some kind of substance and is absorbed. That’s why I call it “heat in transit.”

You’re most likely to see infrared radiation being put to use in two common applications: heat lamps and infrared photography.

Heat lamps are used in restaurants in an attempt to keep your food warm from the time the dish is assembled in the kitchen until your server returns from what appears to be an extended vacation. The lamps are designed to put out most of their “light” in the infrared region of the spectrum, although some of it spills over into visible red light.

Infrared photography, photography “in the dark,” meaning without visible light, is based on the fact that as warm objects lose their heat, they emit some of it in the form of infrared radiation. This radiation can be detected by special photographic films or by phosphorescent screens. The warm objects are thus rendered visible.

People themselves are warm, infrared-emitting objects, and are often the targets of those see-in-the-dark snooper devices that work on this principle.