Where Does Swiss Cheese Come From?

We use the term Swiss cheese for a certain kind of cheese with holes in it. In other countries, and in Switzerland too, this cheese is known as Emmentaler, because it was first made during the fifteenth century in the Emmen Tal, a valley in Switzerland. 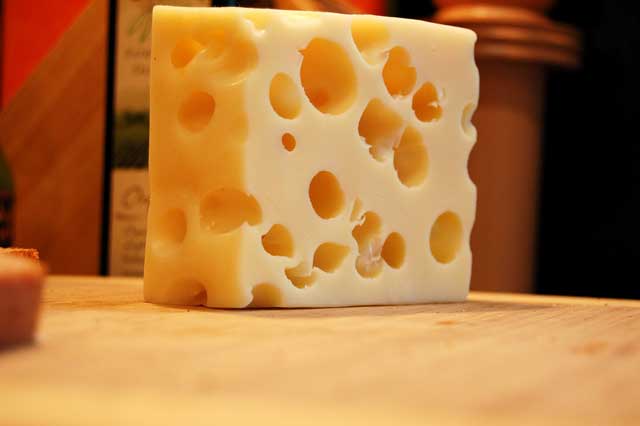 Did you know that little of the Swiss cheese we eat in the United States actually comes from Switzerland? 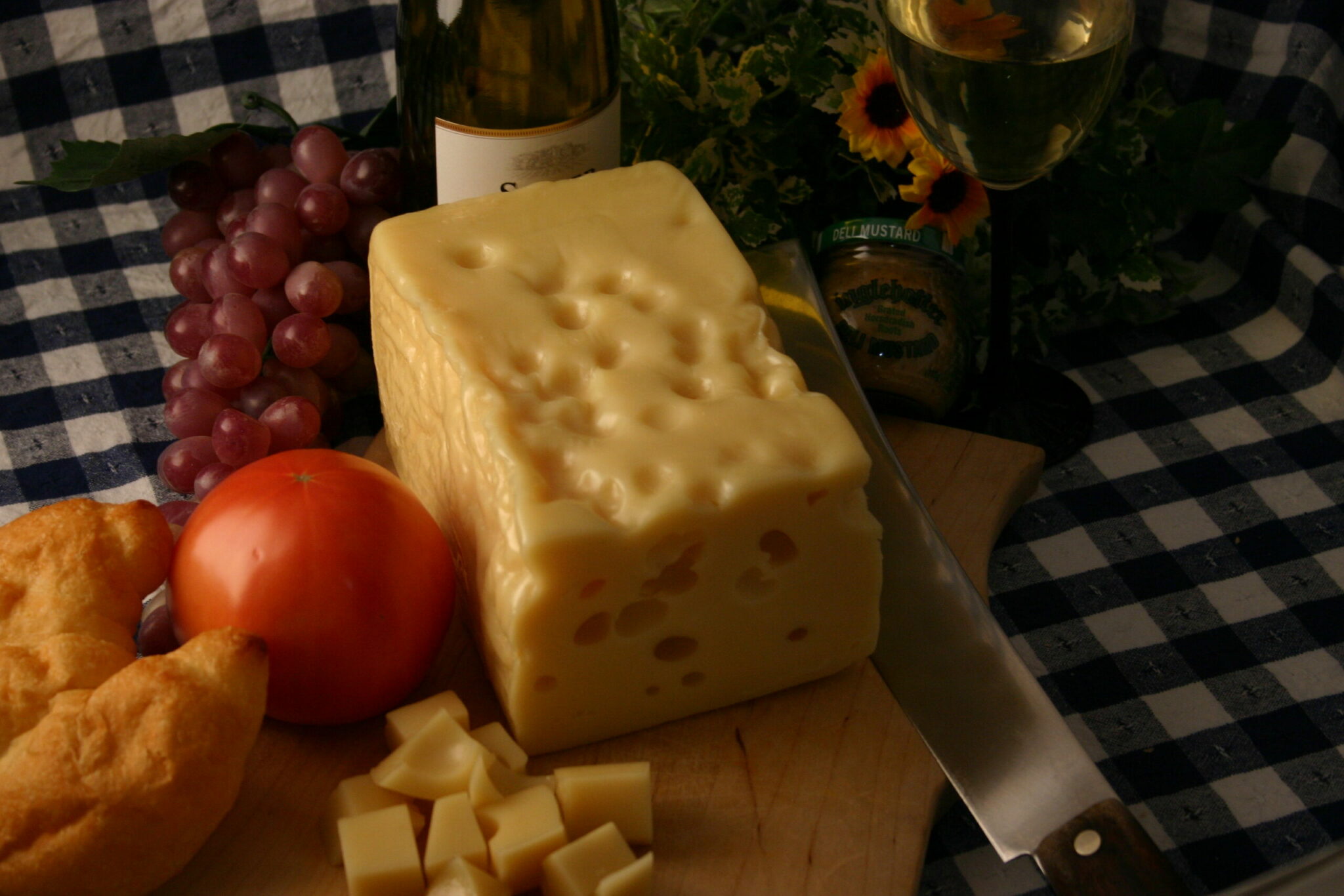 In an average year, some 60 million pounds of Swiss cheese are imported by the United States, but only about 11 percent of that cheese comes from Switzerland. Much of our imported Swiss comes from Finland and Denmark, and many other countries produce it, including the United States.

The holes in Swiss cheese are caused by the mold cultures used to produce the cheese. Gases given off by the molds form small holes in the cheese, which enlarge as the cheese “rises” while curing.

Swiss cheese is usually shipped in gigantic wheels. The average weight of one of these wheels is 160 pounds! Swiss cheese-makers once had to pay a highway tax.

The tax was based on how many cheeses they carried, not the total weight of their cheese. So to save money, the Swiss made their cheese in huge wheels.