Where does the expression “on tenterhooks” come from and What does it mean?

We use the expression “on tenterhooks” now always in the figurative sense, “in anxious suspense.”

But a tenter is really a device used in the final processes of the manufacture of woolen cloth; its function is to stretch the cloth, thoroughly wetted in a previous process, in such manner as to rid it from wrinkles when dry.

The olden tenter was an upright frame or railing of wood, the cloth being suspended from hooks along the upper rail and similarly attached to the lower rail, which was adjustable and could be fixed at any height by means of pegs. 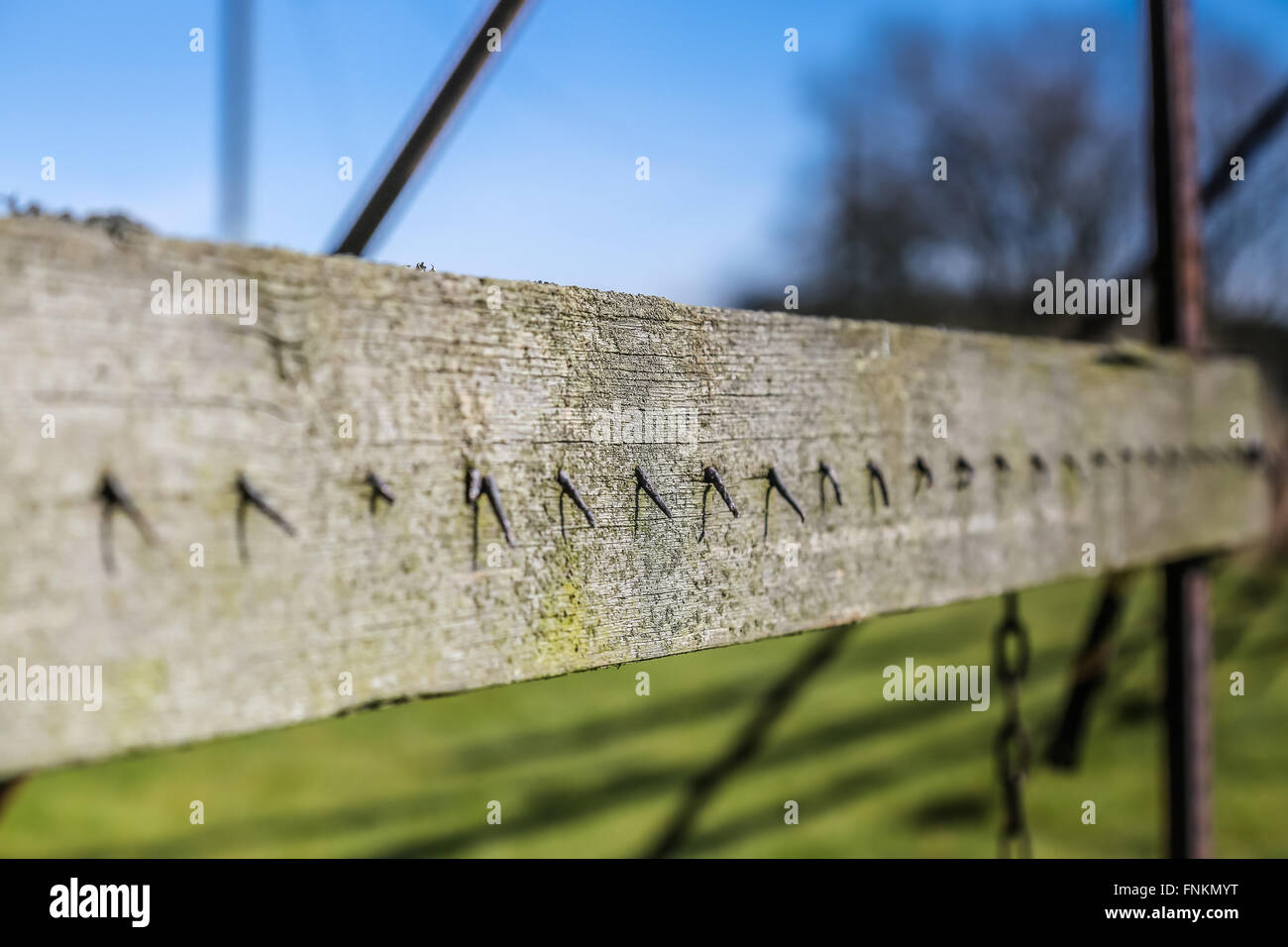 As an incidental note, it is interesting to observe that even in the days of Richard III there were so many unscrupulous weavers who stretched their cloth so much that he had to pass laws obliging them to use none but public renters.

Because of the construction of a tenter, especially the hooks along the upper rail, other similar devices were anciently also known as “renters.”

Thus, the framework provided with hooks and used by a butcher was sometimes called a tenter. But particularly because the tenter was a stretching device and not unlike the rack in its construction, that instrument of torture was also called a tenter.

And it was from this last device that we have our present-day figurative phrase, “on tenterhooks.”